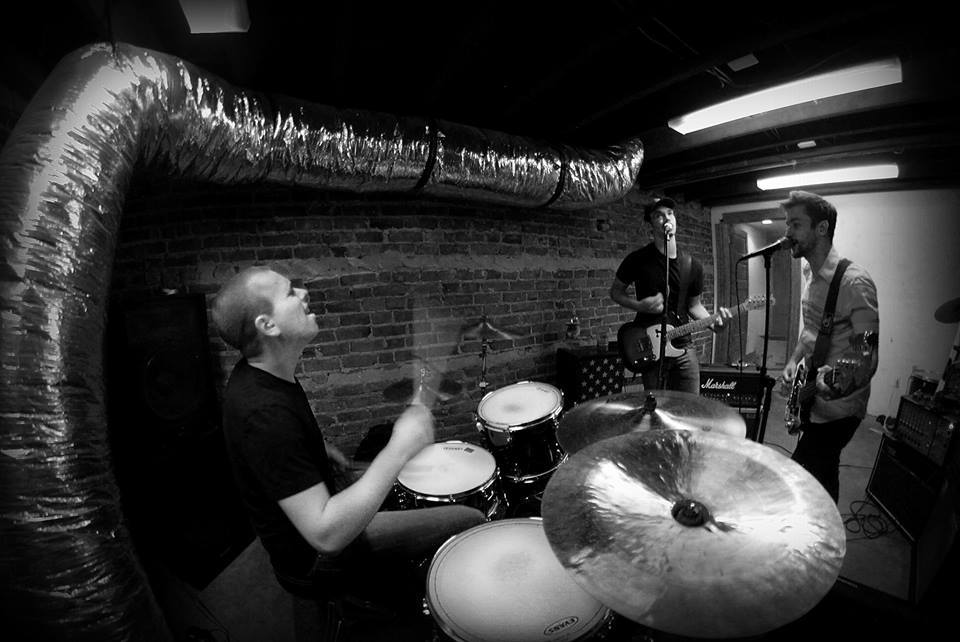 As Massive As Possible: An Interview With The Concussion Theory

The youthful local band Concussion Theory is releasing their new, self-titled album on May 22. As a preview, today they’ll be releasing a full stream of the album for your listening pleasure.

The youthful local band Concussion Theory is releasing their new, self-titled album on May 22. As a preview, today they’ll be releasing a full stream of the album for your listening pleasure. On the album, the band presents a more comprehensive and personal take on their views of life, specifically those dealing with a variety of human interactions. Hoping to create a more personal connection with their audience, Concussion Theory writes about experiences of their own relationships. The eclectic trio is influenced by everything from alternative rock to surf music, but they have emphasized a new, poppier theme in this album, a shift away from debut EP, Stuck At Sea (which was released last summer). In spite of their compact lineup, their sound is enormous enough to fill whatever venue they’re playing.

Ahead of their album release date, we spoke with singer/guitarist Nate Telkari and singer/bassist Burke Solo about triumph, tragedy, and sludge metal.

How do you feel as though your band has evolved from Stuck At Sea to this record?

Nate: With this record, I think we have a much better idea as to how to make a collection of songs sound like a cohesive unit from start to finish. With Stuck At Sea, we essentially wrote all of the songs as separate pieces, and then sort of forced them to fit together in the end; whereas this time, we wrote all of these songs with the intention that they were all going to be a part of the same body of work.

What are you most excited to show the audience? What do you hope that they will gain from you as a band when listening to this record?

Burke: We put a lot of personal experience into this album…

Burke: And we are stoked to share that with our audience. We focused mainly on the idea of relationships in this record. Whether they were or are romantic, or failing, or family, or tragic, or even a relationship with oneself, and self-doubts. We kind of laid ourselves out for everyone to see and share in the experience, and relate. That’s what we’re most excited about. Sharing and relating even more with all the wonderful people who believe in us and listen to us.

What kinds of sounds can we expect from the new album?

Burke: You wouldn’t expect that it was a three piece band making the sound. We worked very hard to make this sound as massive as possible. You can, however, expect to hear a wide variety of influences throughout the songs, ranging from big anthemic ideas to the copious amounts of surf rock and catchy pop rock music we’ve been listening to as of late. And of course, all the alternative rock that has been inspiring us to write music since we started as young lads.

Are you touring anytime soon? Any new shows coming up?

Nate: We have a string of dates in the works for July. Up until then, we have a lot of shows around town and even one in Virginia Beach to start promoting this record! If you have any interest in coming to a show, take a look and follow our social media outlets where we regularly update this information!

What is “Oh Brother” about? Anything specific? Who wrote it?

Burke: I did. Yes ma’am. It’s about an old skateboarding buddy and best friend of mine when I was growing up. He was not having a very easy go at this life, and decided to take an early exit. The song is about a night in particular when I was missing him and went on a bender, and how I realized that that will never fill the hole left by him. But moreover, it’s about the good effect he still has on my life, and how even though he’s not here he’s still a damn good influence to me.

How would you describe your band to someone who hasn’t listened to your band?

Nate: Sludge metal with a banjo. We like to vary it with some electric kazoo and triangle as well.

Burke: [Laughs] Agreed! But it’s difficult to talk about the actual music without comparing yourself to other artists, which can be bad because people tend to judge you by the category you are putting yourself into, before they take the time to listen and get to know you, and no one likes getting pigeonholed into something that doesn’t fully describe what they’ve created or become. Then there is no room to grow…

We are a young band with a lot of room to mature and grow, and it’s exciting to listen to. That’s what I’d tell someone who has never heard of us.

Where do you see your band going in the future?

Nate: We’ll hopefully be touring a lot; we’d like to reach Boston and New York sometime soon, and maybe go a little further west in the near future. The goal is just to continue making music that we love for ourselves and for those who enjoy it and want to listen.

Anything else that we should be aware of?

Nate: The new record is available for preorder at theconcussiontheory.bandcamp.com; “Oh Brother” will be available for download immediately, as will the second single. The record will be made available on iTunes, Spotify, Amazon, and Google Play on the day of its release (May 22, 2014). Buy it through Bandcamp, and you may very possibly (hint, hint) receive some extra goodies for supporting us more directly!

Burke: We got the goodies. Oh yeah!

Pre-order The Concussion Theory’s self-titled full-length debut, which is out Thursday, from Bandcamp right here: http://theconcussiontheory.bandcamp.com/ Check out two of the songs from the album below:

And keep an eye out for the Soundcloud stream of the full album, which should appear later today at soundcloud.com/the-concussion-theory.

The Concussion Theory will be playing in Virginia Beach on Monday, May 26 at Shaka’s, with Firestarter, Ampersand, and Cautioners. They hope to play more local shows as the summer goes on–keep an eye on their facebook page for updates.