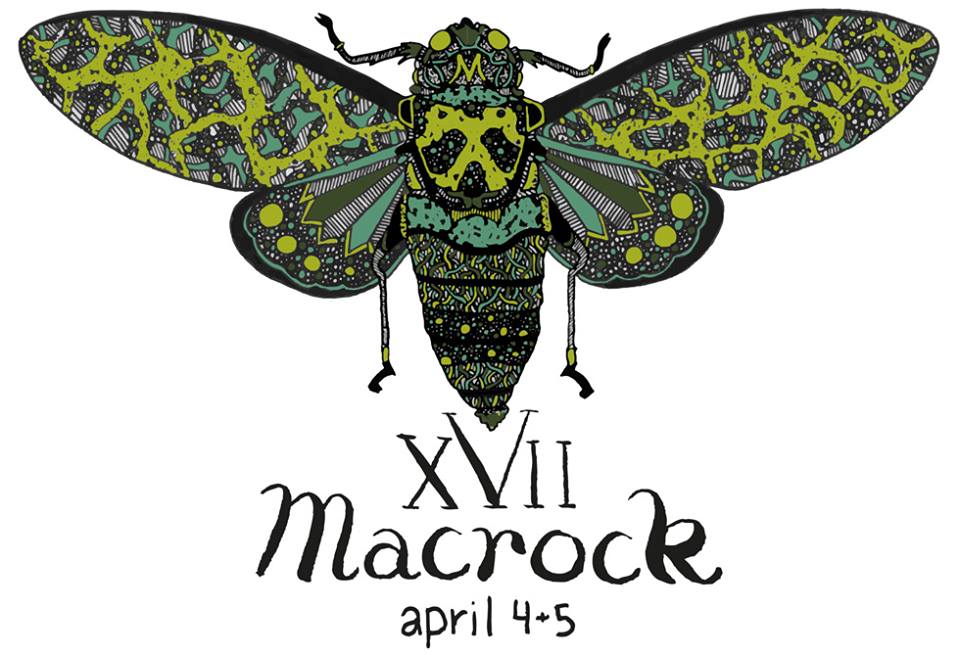 MACRoCk Is Still Awesome, And It’s Happening In Harrisonburg In Three Weeks

MACRoCk (The Mid Atlantic College Radio Conference), happens this year on April 4 and 5 in Harrisonburg, VA.

MACRoCk (The Mid Atlantic College Radio Conference), happens this year on April 4 and 5 in Harrisonburg, VA. The fest began in 1996 as the brainchild of JMU’s student-run radio station, WXJM. The idea was to bring independent music to the Mid-Atlantic region. The founders originally wanted the fest to take place at a different school along the east coast every year, but no one stepped up, so it stayed in Harrisonburg.

Before JMU cut ties with MACRoCk in 2006, the festival boasted acts such as Animal Collective, Government Warning, Elliot Smith, Avail, Bracewar, Fugazi, and Fucked Up. It was big on the independent music scene in the 90s and early 2000s. Actually, it was fuckin’ *huge*. But then the school cut the fest’s funding, MACRoCk got kicked off campus, and it morphed into something different. Not worse, mind you, just different.

Full disclosure: I was on the MACRoCk committee from 2011 to 2013. And during those years I received so much shit. Most of the shit I got was along the lines of, “Uh, I’ve never heard of any of these bands. Um, why don’t you guys have, like, famous acts anymore? You guys suck, etc. I remember back in 1998 when punk was king, man.”

Thing is, MACRoCk can’t afford to book big names. Without university funding, it’s just not in the cards. The organizers – especially the bookers – do very well with what little funds they have, and they bring a bunch of great music to the listener for very little cost. Tickets are $21 in advance and $26 at the door. That’s a hell of a deal considering the bands you get to see. Last year, Waxahatchee, Speedy Ortiz, Young and in the Way, The World Is a Beautiful Place and I am No Longer Afraid to Die, Cheap Time, and Dope Body headlined. That’s fucking *stacked*. And the cool thing is, is that the MACRoCk committee works to bring festival-goers bands that have either just blown up or are about to. Think about how much bigger most of those headliners are than they were this time last year. Going to MACRoCk is a great way to see all the bands people will be talking about six months from now.

Since 2006, MACRoCk has been independently funded through ticket sales, local advertisers, and donations. Its organizers refuse to take money from large corporations, in the belief that business interests water down creativity. Unfortunately, this means the fest can’t afford to pay the vast majority of its participants, which sucks. Harrisonburg’s solution to this reality, however, is heartwarming: locals open their hearts and homes to all the bands that can’t afford to stay in hotels. The MACRoCk organizers and volunteers also cook food for all participating bands and serve it to ’em buffet style.

So, yeah, the fest ain’t perfect. No, you’re never going to see a band as big as Fugazi or Animal Collective play MACRoCk again. But you *do* get the ability to see exceedingly talented, incredibly diverse bands play a two-day festival for less than $30. Complain if you want to, but the festival has survived because it works the way it does. You can “blah blah blah back in my day blaaahhh” forever, but this is the way it is now, and you should maybe just look on the bright side and realize that there’s a DIY festival in Virginia, dad.

This year, the fest will boast the following acts:

Haven’t heard of any of these bands? Well, go listen to them! They may not all be your cup of tea, but if you don’t like any of them then you obviously just don’t like tea. That’s a metaphor.

Check out macrockva.org for more info, and grab your weekend passes for only $21 HERE.