Nothing Left To Do But Smile

RVA Mag wanted to find out how local venues are surviving during the ongoing pandemic. In the third of a multi-part series of articles, we hear from Cary Street Cafe, where owner Robyn Chandler tries to stay positive even as they remain closed for going on five months.

Cary Street Cafe is one of the city’s oldest continuous venues, having been a Richmond institution of live music since it was established in 1986. It has been owned by Robyn Chandler since 1995 and has been the central hub in RVA for local jam bands, Grateful Dead tributes, and an eclectic mix of other genres ever since.

Prior to the pandemic, Cary Street Cafe hosted live music seven days a week, and has a reputation around town for its Tuesday night open mic, which is often packed wall to wall and almost always runs into the wee hours of the morning. Cary Street has been a home away from home for many musicians, offering monthly residencies to some of Richmond’s hardest working bands. It is a small, intimate room that is one quarter stage, one quarter outdoor patio and two quarters bar. Any night of the week before the quarantine, you could rest assured, it was going down at Cary Street Cafe. Now, though, it sits as an empty husk of what it was just five months ago. The bar, kitchen, and stage have all been closed since mid-March.

When asked how they are surviving this pandemic, Chandler responded with levity. “I would say we’re not surviving; we closed down on March 15th, and haven’t opened back up.” She explained that some specific aspects of the space have left them unable to continue business in the way other venues and bars in Richmond have.

“Our size is so small and intimate — and then you add a band in the mix. It would be extremely difficult to make that happen,” she said. “Not to mention, it would be asking a lot of the employees to risk their health and open back up.”

Chandler is supportive of other venues in the city that have found ways to keep going by serving food and drinks, but she is skeptical of placing profit over the health and safety of the community. “I know some of the bigger places are doing live music, and I’m happy they are able to, but I can’t say I agree with anyone being inside right now for any reason,” she said. “I’m one of those people taking this very seriously. I also have an auto-immune disease, so I’m very susceptible to getting sick.”

Chandler operates a food truck on the side. She said she’d brought it out to Main Line Brewing recently, and that it almost felt normal, with live music in a big outdoor space, similar to the way Brambly Park is functioning. But the pandemic has even affected her food truck business. “Usually this time of year,” she said, “I’d be travelling all over the United States with the food truck to festivals.”

For Chandler, the unfortunate side of the pandemic goes way beyond business. As a music fan, the loss of live music has affected her deeply. “It’s something I’ve never experienced in my adult life,” she said. “Almost no day went by in the last 25 years that I didn’t get to hear live music.”

This withdrawal of live music from her life has had a noticeable impact on her mental health. “I’ve been having bouts of gloom and doom and a little bit of depression,” she said. “I don’t know that it’s so much this pandemic as it is the disruption of not having live music to lift me up.” It’s a sentiment that all avid live music fans can relate to.

Chandler sees the same thing happening to other people in her life as well. “Not just the musicians, but the sound techs,” she said. “Like Jeremy, who does the booking at Cary St – and thankfully he’s got his studio and other things going on. It’s so widespread. Richmond is known for live music and for bars and restaurants, and those are the people that are getting hit the hardest.”

No one was prepared for the pandemic, but things have been especially difficult for Chandler, who was planing to sell Cary Street before COVID-19 hit. “It’s been 25 years, and I’m ready to not work so hard. My plan was and is to sell Cary Street and just do the food truck,” she said. “I had a buyer for it, and the week of when the pandemic started, they backed out. And I can’t say that I blame them. Here we are four and half months later and not even knowing when we could re-open. Going into this business is risky as it is, much less in these times of uncertainty.”

The staff and crew at Cary Street Cafe is a close-knit group that cares for each other immensely. “What I’m most proud of with musicians is how they’ve thought outside the box,” she said. “Giving virtual music lessons, and all the different ways they’ve been trying to make money and keeping positive. Everybody’s been really supportive of each other.”

Chandler sees this as going beyond Cary Street Cafe to the RVA music scene as a whole. “We’re all in this together, and we’re just one big giant family in Richmond,” she said. “That doesn’t just mean the jam band scene — it’s all of us. It’s the punk rockers, and the bands that play heavy metal. I think everyone has been really supportive.”

Somehow, in spite of her business having been hit as hard as any business out there, Chandler manages to keep a positive attitude. Not once did she express animosity or resentment towards those businesses that have been able to keep their doors open. She had no air of bitterness as we spoke about her misfortune and the difficulties Cary Street Cafe is currently facing.

“I’ve always been optimistic and a positive person,” she said. “I’ve been through some crazy things in my life, and I always get through them, and always get on the other side. That’s how I’m tackling this — that it’s not gonna last forever.”

But Chandler understands the gravity of the situation and the impact of this virus on independently owned small businesses, and she candidly acknowledged the difficulties yet to come. “It’s been almost five months now, and with every month that goes by, it’s gonna make it a little harder to open back up,” she said. “That’s kind of a scary thing for me, but it is what it is, and you can only do so much. Nobody has control over this.”

Coronavirus has made 2020 an awful year for many businesses, and the music industry is among those suffering most. For an industry that exists by bringing people together in large numbers, live music is sure to be one of the very last sections of the economy to recover. The state of the live music scene in Richmond is likely a microcosm of the current American condition. It is a bleak and terrifying reality, one that may change the landscape of the music industry permanently, and with dire consequences.

Thinking of the difficulties ahead, Chandler couldn’t help but express some frustrations. “I do wish that our government… they could have done so much more to help the music industry,” she said. “In my opinion they have done almost nothing. There is the PUA for gig workers, but what about small music venues? No matter whether you’re open or you’re closed, those bills keep coming, and there’s no money to pay.” 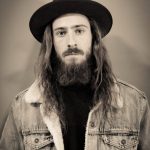