The hand of God telling me to step up my game: Elisa Ambrogio talks going solo, self-editing, and more - RVA Mag 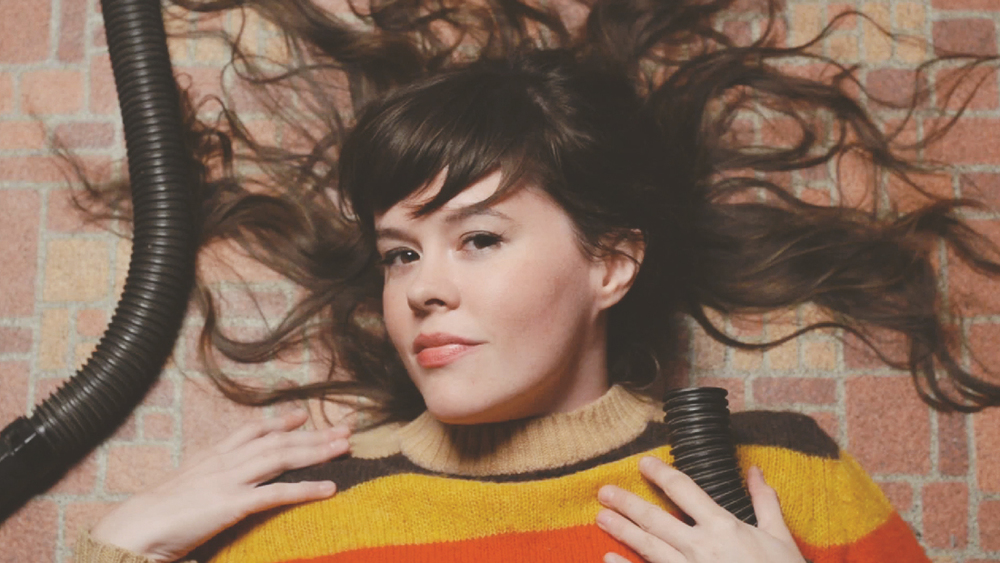 Elisa Ambrogio has spent roughly the past fourteen years working through various monikers and mutations. She first came onto my radar in 2004 as a bracing performer in the group Magik Markers, confronting the audience and treating her guitar with a combination of abandon and intensity that I’ve seen/heard from few others.

Elisa Ambrogio has spent roughly the past fourteen years working through various monikers and mutations. She first came onto my radar in 2004 as a bracing performer in the group Magik Markers, confronting the audience and treating her guitar with a combination of abandon and intensity that I’ve seen/heard from few others. As Magik Markers developed, they began to stretch stylistically, and bright patches of melody and coherent structures began to pop up with greater frequency. In 2011, Ambrogio collaborated with Ben Chasny from Six Organs of Admittance as 200 Years, creating a record that was soothing in a way–both a surprise and a fascinating evolution.

Ambrogio’s debut solo album, 2014’s The Immoralist (Drag City), feels like a reconciliation between both ends of the spectrum and contains some of the most beautifully realized songs in her already vast catalog. She will be in Richmond this Wednesday, performing at Strange Matter with accompaniment from Nathan Bowles, of Virginia roots/folk ensemble Black Twig Pickers. I had the pleasure of speaking to her last week about touring, new material, and working with Naomi Yang of Galaxie 500/Damon & Naomi on her excellent video for “Superstitious.”

I was looking over a few of your recent interviews, and it seems they were done when the record was about to come out. I was wondering now that you’ve been out with the songs for a while how they’ve changed for you, now that you’ve taken them out of the context of the record?

Oh, that’s a good question. Yeah. It’s weird, because I feel like every time you go on tour and play songs, you find new relationships with them. And you’re like, “Ah, the one I like, that guy’s a jerk, this one’s the jam.” I also think that for me it’s really a good learning experience, because… it makes me feel like it has to get more complex, kind of? It’s like leveling up in a video game. You’re like, “Ah, I know how to do this part!” The songs sort of start revealing themselves. Like, the next batch of songs, I know what’s missing and what I would wanna add and what needs to change and what have you. So, yeah, it’s different playing them live every night. They stretch out or they compress themselves or they just get kicked off.

I saw a listing that you were playing with the guys in Sore Eros for at least one show, but I guess the rest of the tour has been solo?

Actually Adam from Sore Eros played drums and my friend Jennifer Delano played violin. I played a show with Lydia Lunch in New Haven and all three of us played together, and it was really fun. There was some talk of maybe Adam coming on this tour, but he had a family illness so he couldn’t come. Nathan Bowles plays drums like a mofo and he plays drums on this tour. I do a couple songs where I’m playing solo, and then Nathan plays drums. Yeah, he’s killer.

Yeah I was trying to think of a Richmond connection… is Nathan currently still in Pelt?

So more about the record–I noticed in one of the interviews you were talking about stripping things away and taking an approach to mixing that you compared to hip-hop and that sort of thing.

Well, I guess in a really loose way building the arrangements of the production as sort of the narrative of the song, which is vocally based. And having the narrative of the vocals kind of be the basis for how the arrangements happen, and how the production happens–which is common in hip-hop songs. So in that way that’s parallel; just the idea of not being afraid to have things completely drop out or isolate themselves. They’re kind of unnatural moves that become sonically arresting. I like that in songs. Then again, Eddie Rabbitt did that with “I Love a Rainy Night.”

And you were saying you’ve got an ideas for your next project? Are you going to do another solo record or back to Magik Markers?

Yeah, it’s crazy, I feel like I have a whole next solo record written, but even that’s kind of changing on this tour. Because I’m like, “Oh, I’ll play some of the new songs,” and I’m just realizing, “God, these are like, snoozers!” At soundcheck I’m like “I’ll play this one” but you know, I wrote it alone in my bedroom on acoustic guitar. I’m like trying it for a second at soundcheck and I’m like, “Nope, that does not cut the mustard. Throw it away, this is garbage.” So yeah, I have a new record written. I just recently lost a large amount of digital data that had a lot of the demos, so I think that’s maybe like the hand of God telling me to step up my game and write some better songs.

I wanted to ask you about the video as well. I was wondering how that process was. I feel like a lot of things now are too dreamy and listless and there was a conciseness to it that I really enjoyed.

Yeah, it was really collaborative. It was kind of cool because Naomi was so down to do whatever idea. And I feel like my natural tendency is maybe to go toward the ugly or grotesque, and Naomi’s tendency… she’s somebody who makes things beautiful. That’s just what she does. Her eye is just like a beautifier, so my natural grotesqueries were greatly improved by her eye, and it made this whole combination. Working with her was the coolest thing. She’s the smartest, nicest person and every idea, she was like, “Yeah, let’s do that! All right!” She would work a fourteen hour day lifting all this heavy gear, tromping around fields like, “Yeah, let’s do that. Let’s jump in the pool at three in the morning. Yes, this is all a good idea, let’s do all of it!” “No” was not even a thing, or like, “tired.” She’s just kind of the Terminator of video making. She’s unstoppable. I did not imagine it would be as fun as it was, and it was really a good time. I had some setup ideas, and then Naomi would do an aesthetic improvement… I would say, “I wanna do this one thing”, and she would put her wash of beauty over this gross, ugly thing I wanted to do. It was so fun.