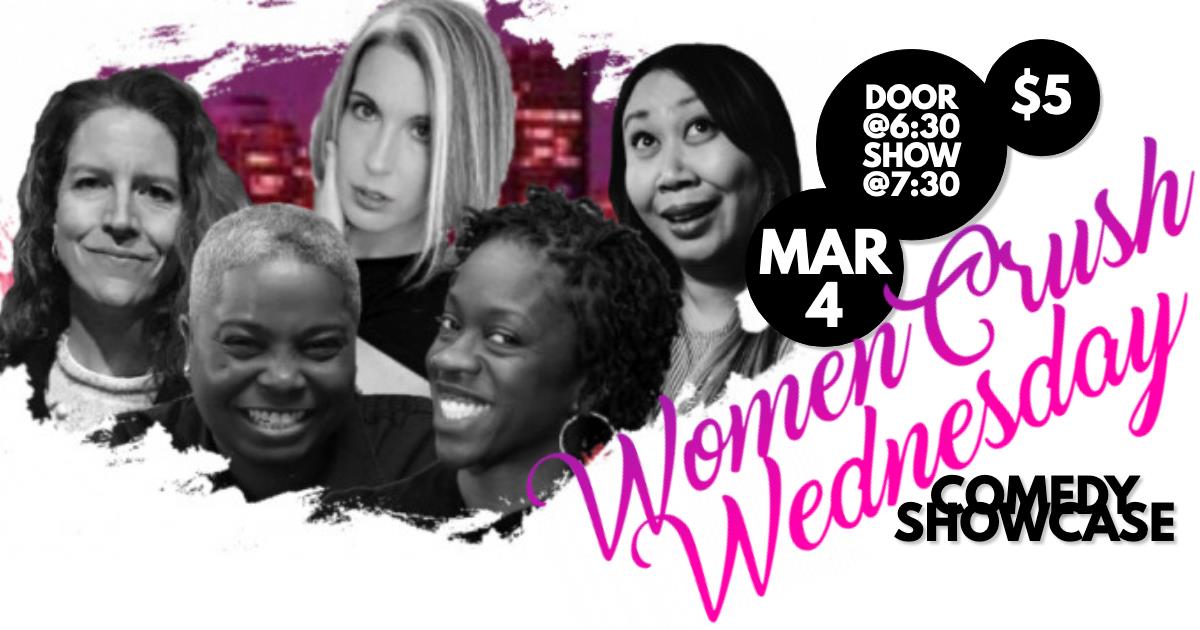 “Women aren’t funny.” It’s a sentiment that has been passed around since the first bored man with one too many shower thoughts decided to share them loudly in public. Even in 2020, this gross stereotype gets thrown around on occasion.

Richmond, a city that prides itself on its wide variety of performance art, only has two femme-based comedy shows to bring to the table. At Coalition Theater, The Hearst Girls mix stand-up and improv, and at Funnybone Comedy Club in Short Pump, there’s Women Crush Wednesday, the only all-female stand-up show in town, the next edition of which takes place on Wednesday, March 4.

Hosted by local Richmond comic Liz Carr, Women Crush Wednesday has been happening for around two and a half years, and it has hosted femme comics from around not only the Richmond area, but also from Virginia Beach and even from as far north as Baltimore. There’s a definite plan at work these days, but the show originally happened by pure chance.

“Jason [Dixon, general manager of Funny Bone] saw me performing at the open mics,” said Carr. “[He] hadn’t seen a lot of female talent performing in Richmond in awhile, and asked me if I wanted to put together a female showcase.”

In a smaller comedy community like Richmond, the opportunity to perform or host a show is an important honor. However, Carr particularly appreciated the chance to provide another space for women in the community, and she takes that mission very seriously.

“If anyone asks you to put on a show, your immediate instinct should be yes,” said Carr. “But to have the opportunity to provide women and femme-identifying individuals a place on the main stage is a golden ticket for so many people. I feel like Wilhelmina Wonka or something.”

Carr tries to give space and opportunity to as many comics as possible, and tries to offer a wide range. Each event showcases about six comics ranging from veteran comics to newcomers still trying to stretch their legs and find their footing. In particular, she said she enjoys giving space to those still trying to hone their craft.

The fact that there are so few women in central Virginia comedy compared to their male counterparts is something that Carr has had brought home to her in a big way. Last year there were only four Women Crush Wednesday shows, and this disproportionate ratio played a part in that relative infrequency. Issues like this only make it clearer why it is so important to support women and the shows that give them a chance.

“Because there are so few females, people are actively looking at who I’m booking on my show to have a more gender diverse showcase to book on their shows in the future,” said Carr. “I have this luxury of traveling to other cities and finding these talented [people] and inviting them to Richmond. Subsequently I see them get booked on other shows in the community, so I think that my show tends to be a portal for people trying to break into Richmond comedy’s scene.”

Undeniably, we need to create more and larger spaces for female comics, but how can we make this happen? Carr says the answer is pretty straightforward.

“By going to their shows,” Carr laughed. “That is the very first step. I think anytime you see a showcase that has a female comic that you think is funny, you should go out there and support them, and tell them that.”

Representation comes about through long, slow, difficult processes. But as Liz Carr and Women Crush Wednesday remind us, Sometimes the easiest step toward creating the world you want to live in is to create it yourself.

Ash is a writer and improviser from Richmond. She has a BA in English from VCU and an associates in Theater. When she isn't writing or screaming on a stage, she can usually be found wherever the coffee is. Bill Murray is her favorite person along with her black cat, Bruce.
Topics: events in richmond va, events richmond va, Liz Carr, richmond events, Richmond Funny Bone, richmond va, RVA, stand up comedy, The Hearst Girls, things to do in richmond va, things to do richmond va, Women Crush Wednesday, women in comedy

It’s been nearly a year since Virginia ended cannabis prohibition, and in that time the state has seen no shortage of events celebrating the heretofore illicit flower. From grower groups that meet after hours in nurseries and hydroponics shops to swap seeds and...