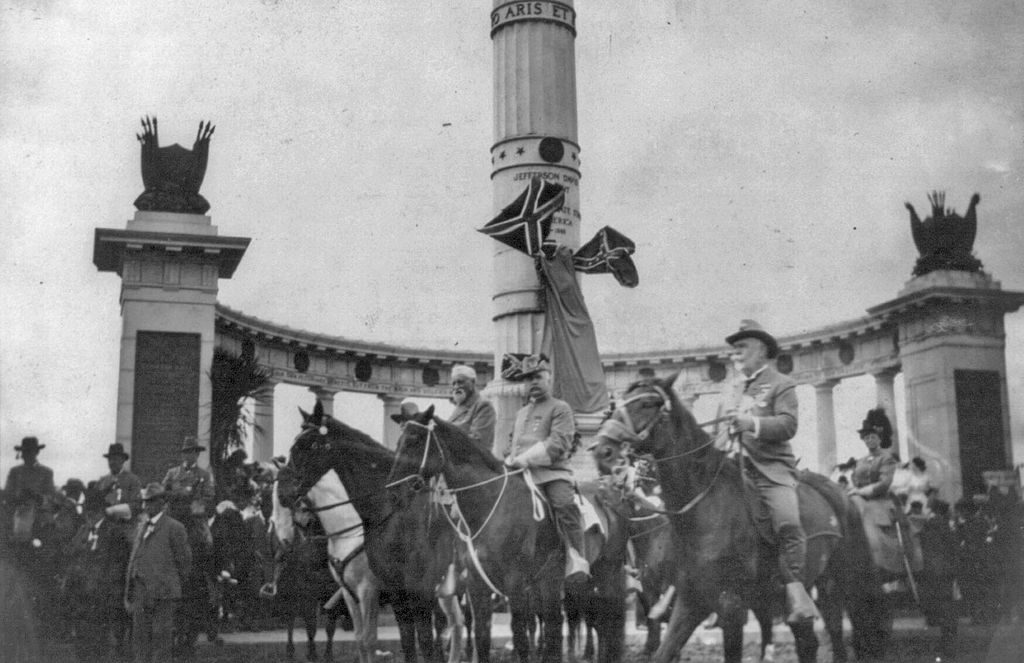 Monument Avenue features statues commemorating five Civil War-era political and military figures, all of whom were on the Confederate side of that conflict. These statues stand at the center of a longstanding controversy that has heated up considerably over the last year or so. Feelings were greatly inflamed after the tragic events surrounding last year’s Unite The Right rally in Charlottesville, a rally that originated with the battle over a monument celebrating Confederate general Robert E. Lee.

After seeing the trouble Charlottesville’s Lee statue caused, a great many Richmonders united in attempting to rid our city of our own Lee statue, as well as statues glorifying other Confederate political figures. But quite a few residents in the city still see no cause for consternation. They regard the statues as history, and don’t wish to discuss them any further. Even the Richmond City Council doesn’t seem to want to do anything about the statues; last month, they voted 6-3 against requesting direct control of the monuments from the Virginia state government.

While many today see these statues as lacking modern political context, the fact that their history is inextricable from that of the post-Civil War Lost Cause movement indicates otherwise.

The Lost Cause movement, most prominently represented in Richmond today by the United Daughters of the Confederacy (UDC), is heavily invested in the creation of a certain narrative regarding the pre-Civil War past. Getting its start in the decade following the end of the Civil War, the Lost Cause movement has argued for over a century that slavery was an unimportant factor in the war, ignoring secession statements and pre-Civil War declarations by former members of the United States Congress, who left the Union to join the Confederacy.

The narrative pushed by the UDC and the Lost Cause movement instead, one of overwhelming Northern aggression against a valorized yet ill-defined “Southern way of life,” is strongly promoted by the statues displayed on Monument Avenue.

The Lost Cause narrative became so pervasive during the era in which the monuments to Confederate General Robert E. Lee, Confederate President Jefferson Davis, and other Confederate figures were erected that it showed up in textbooks taught in Virginia schools — and remained there until as recently as four decades ago, in some cases.

A 1914 Virginia History textbook, School History of Virginia by Edgar Sydenstricker and Ammen Burger, contains this quote regarding the life of a slave: “There were some cruel and inconsiderate masters, of course; but they were exceptions. … As a general rule the slaves were happy and contented and were faithful to their owners.” A 1957 textbook called Virginia: History, Government, Geography suggested that slaves were perfectly happy with their situation.

The happiness of these slaves is most famously belied by the incident that took place on August 21, 1831 in Southampton County, Virginia. That day, Nat Turner led a rebellion that resulted in the death of sixty white men, women, and children. Killing children is troubling, but so is slavery — infamously, millions of Africans died while being transported against their will to the Americas. And once they arrived in the US, their infant mortality rates were double that of white Americans of the era.

In this context, Nat Turner’s rebellion, despite its death toll, is more understandable. It wasn’t an isolated case in Virginia either. Take Brother Gabriel, who on October 10th, 1800, was hanged in Richmond, Virginia, along with his two brothers and 23 other slaves, for planning a revolt. In 2017, the decision to create an emancipation-themed statue in Richmond that included both Turner and Gabriel caused significant controversy, with some social media commenters comparing Turner to Hitler.

Yet for over a century, the African-American community of Richmond has had to look at monuments glorifying Civil War generals who fought to keep their ancestors enslaved.

Indeed, there are still people who congregate regularly outside the UDC’s Memorial Building on Boulevard carrying Confederate flags. I saw them while walking by not too long ago, and decided to stop and talk with them. Of course, they supported Monument Avenue remaining unchanged. And when I asked about the impact of slavery on the Southern economy, I heard what can only be described as typical Lost Cause arguments.

“Slavery was on the way out anyway,” one man said, repeating a common Lost Cause myth — one belied by Confederate Vice President Alexander H. Stephens’s 1861 Cornerstone Speech. In the speech, Stephens said of the Confederacy, “Its cornerstone rests upon the great truth, that the negro is not equal to the white man; that slavery — subordination to the superior race — is his natural and normal condition.” The fact is, one in ten of the South’s enlisted soldiers were slave-owners, and more than one in four lived with their slave-owning parents.

“The South was a society of honor, family, and tradition,” said another man outside the UDC Memorial Building. He argued that the Union posed a threat to the confederate way of life, and the Confederacy was merely defending itself — another Lost Cause talking point.

The argument regarding whether or not the Confederacy was a legitimate nation or traitor to an already established nation is still waged today. One thing is for sure though — if it’s your son or daughter killed in a war, you don’t care about sides. Hollywood Cemetery’s monument to Confederate soldiers who died in the Civil War is both a monument to their sacrifice, and a tribute to a lost generation for the Southern states.

Many from the South feel they were denied a glorious destiny when the war was lost. Yet in being forced to reconstruct their culture, the South has never entirely been willing to own up to some of the more sadistic aspects of that same culture. Signs on the Jefferson Davis monument in particular repeat core Lost Cause concepts; this was exactly why Mayor Stoney’s Monument Avenue Commission recommended earlier this year that that monument be removed from Monument Avenue.

“Of all the statues, this one is most unabashedly Lost Cause in its design and sentiment,” the commission members wrote in their report. They felt that the other four Confederate-focused monuments could remain up if signs contextualizing them were added, but the Davis monument must be taken down.

In order to move forward, we must look back on the past with as vigilant of an eye as possible. Monument Avenue only tells a portion of this city’s story; the things it leaves out are of crucial importance. At some point, we need to decide whether remembering a proud bygone culture is worth romanticizing past injustice.