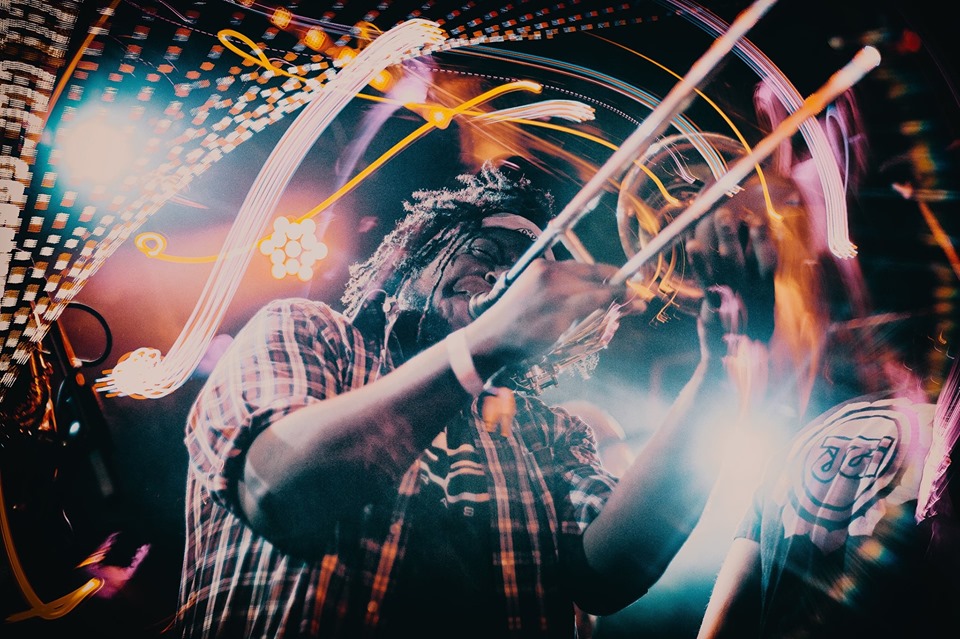 Joey Wharton started taking pictures of bands because he enjoyed it. Now it’s his career.

Joey Wharton has earned himself a reputation as one of the most productive and dynamic freelance music photographers in Richmond. However, his path towards the music photography business was nontraditional – especially considering it was never a career he had his sights set on.

How exactly did Wharton become a music photographer? Well, he turned an idea into a passion, and then a passion into a career. “I took a camera to shows to help me learn its functionality, and walked away with what is now a lifelong passion,” Wharton said.

Wharton graduated from Virginia Commonwealth University’s School of the Arts with a BFA in Graphic Design in 2010. During his college years, Wharton did not have a specific interest in photography, but he was fascinated by how visual arts can be used as a form of communication. After graduation, he moved to Washington D.C and worked as a print designer for an engineering company. However, after two years in D.C., Wharton found himself missing life in Richmond and decided to move back to the city.

After moving back to Richmond, Wharton worked various jobs, including part-time design work at Virginia Living Magazine and the Richmond Navigator. At the Richmond Navigator, Wharton eventually took on the role of Creative Director, and it was through this position that he began to develop a serious interest in photography.

“During my time as Creative Director, I was not seeing the imagery needed to make the magazines reach their full potential,” Wharton said. “So I stepped out of my comfort zone, picked up a DSLR and began to figure out what all the miscellaneous buttons meant, [in order] to create the images I needed on my own.”

Wharton wanted to challenge himself while learning how to use a DSLR camera, so he began to shoot music shows.

“I wanted to learn the ins and outs of a DSLR quickly,” he said. “I figured that the hardest thing I could possibly photograph were concerts in low-light scenarios.”

So, without any prior knowledge or training, he took his DSLR camera to Hardywood Park Craft Brewery and began shooting various musicians. Through this method, Wharton learned how to think and move quickly, developing a knack for anticipating the movements and actions of performers. And the more he did it, the more he loved it.

“I couldn’t get enough,” Wharton said.  “There was a certain thrill of getting ‘the shot’ and showcasing the energy and vibrancy of the band before me. I wanted to show who this band was and what they were about through stills.”

Despite the need for post-production work in professional photography, Wharton feels that the most important aspect of music photography is catching the perfect moment.

“Capturing the photo at the right moment is first and foremost,” Wharton said. “Sometimes I find that photo in the first 50 images taken. Sometimes it takes 1000.”

For Wharton, deciding which elements qualify for the “right moment” varies from show to show. It all depends on the lighting, the energy of the band and crowd and the concept that he’s attempting to capture for each individual show.

Then, after the right photo is captured,  the post-production work begins — a process Wharton calls a “mental battle.”

“Choosing colors is a tough battle for me,” he said. “I don’t think there has been a music photo put out to the world where I haven’t manipulated the colors in some manner.”

There are various aspects to the profession of music photography — and for Wharton, all of them are compelling. He enjoys “the thrill of the moment, the energy conveyed by the band and audience, the time limit you have to get the shots needed based on the band’s set,” and, one of his favorite parts: “Visualizing energy through a still image.”

Wharton is now focusing on tour photography. In the past he has toured with numerous musicians, including American Aquarium, Angelica Garcia, and Sleepwalkers. He is currently on the road again, this time with Illiterate Light. In addition to documentary photography, Wharton also hopes he’ll be able to set aside time to develop some videography skills during this tour.

“I love being a road dog,” he said. “Hopping in a bus or van and experiencing life on the road in close quarters with individuals who trust me to capture their life is a special kind of reward.”

“The fact that these folks allow me to be in their personal space for anywhere between five to 30 days at a time is remarkable,” he said. “It’s humbling to know I’m accepted as a part of the crew and trusted to do my job with no questions asked.”

Wharton’s first solo photography show debuted on July 5 at the Camel. The show consists of 24 images printed on either metal or canvas, which act as representative examples of his work in music photography. One image currently on display at The Camel is one of Wharton’s favorite shots in his career so far.

“I ate a good portion of a pot brownie and was higher than gas prices when I took one of my favorite photos of all time of Erykah Badu at the Richmond Jazz Festival,” Wharton said. “I’m still amazed I pulled it off.”

Wharton choose the photos he wanted to display in the show by picking ones that he would hang in his own home. “These are photos I am proud of,” Wharton said. “While I am proud of hundreds, if not thousands of other images, I could only hang but so many for the show!”

The music photography of Joey Wharton is currently on display at The Camel, located at 1621 W. Broad St, and will remain on display through the end of July.