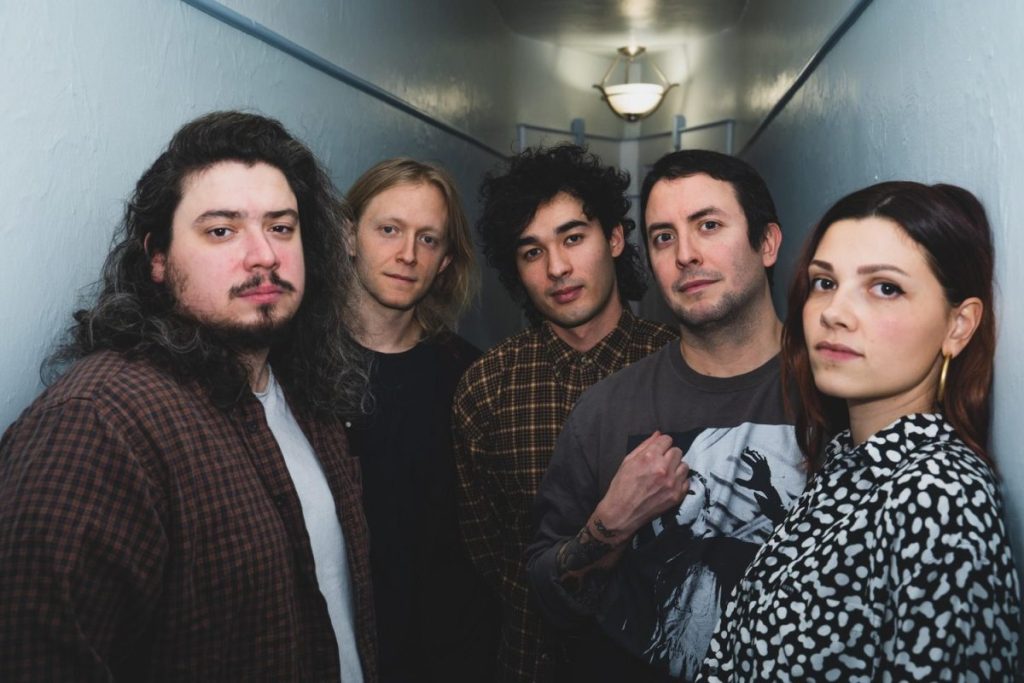 We’re going to have to cop a bit of a latepass on this one, since it’s actually been out for a few weeks now, but really, is there ever a bad time to discover a new single by Richmond indie rockers Spooky Cool? “Time Will Tell” is their first new release since 2018’s Every Thing Ever EP, and is also the first single from their forthcoming LP, Existential Pie, coming in September. We’ve got the video on tap for you to enjoy, but first, let’s get a bit of background, shall we?

Speaking to Worm Brain World earlier this year, Spooky Cool frontperson, guitarist, and chief songwriter Zac Hryciak explained that “Time Will Tell” “is one of the few tracks on our upcoming LP which still has an aesthetic similar to our previous work. It feels a bit premature to speak on it, but the rest of the LP is kind of a hybrid between grimy pop rock and electronic pop songs, and the larger difference is how I was writing and removing limitations on what I could write and what instruments I could exploit. I was learning to use Ableton and writing as I was recording which allowed us to transition to a new sound and feel.”

This is sure to make fans of the group feel ambivalent; on one hand, “Time Will Tell” should be a pleasant listen for those who have enjoyed the band’s previous work. On the other hand, in terms of the album to come, its overall sound may constitute a bit of a feint. We’re sure to find out what else to expect from Existential Pie as more singles are released in the coming months. For now, this psychedelic slice of off-kilter, somewhat complex indie rock is a delightful listen, whether the band is completely new to you or you’re experienced in what Spooky Cool have to offer.

The video’s a lot of fun too. Directed by Hryciak and Spooky Cool drummer Lee Spratley, the clip moves between intense close-ups of Hryciak and vocalist Paula Lavalle singing the song, and some trippier instrumental bits in which lysergic emanations distort the visages of our two vocalists with wild colors and effects. At times, these moments resemble the warping effects of fifth-generation VHS dubs, and at others, they make those of us of a certain age think of what it looked like when you’d tune your cable box to the scrambled porn channel and try in vain to make out some sort of coherent image. Fortunately, there’s nothing pornographic here, just some sweet sounds from an excellent indie group based right here in RVA.

Watch the video for “Time Will Tell” below.

Spooky Cool’s first album, Existential Pie, is coming in September, and features production by Jacob Blizard and Collin Pastore. More advance singles should be forthcoming soon — keep an eye on the group’s Bandcamp page for those, and follow them on Instagram, if you so choose, @spookycoolmusic.