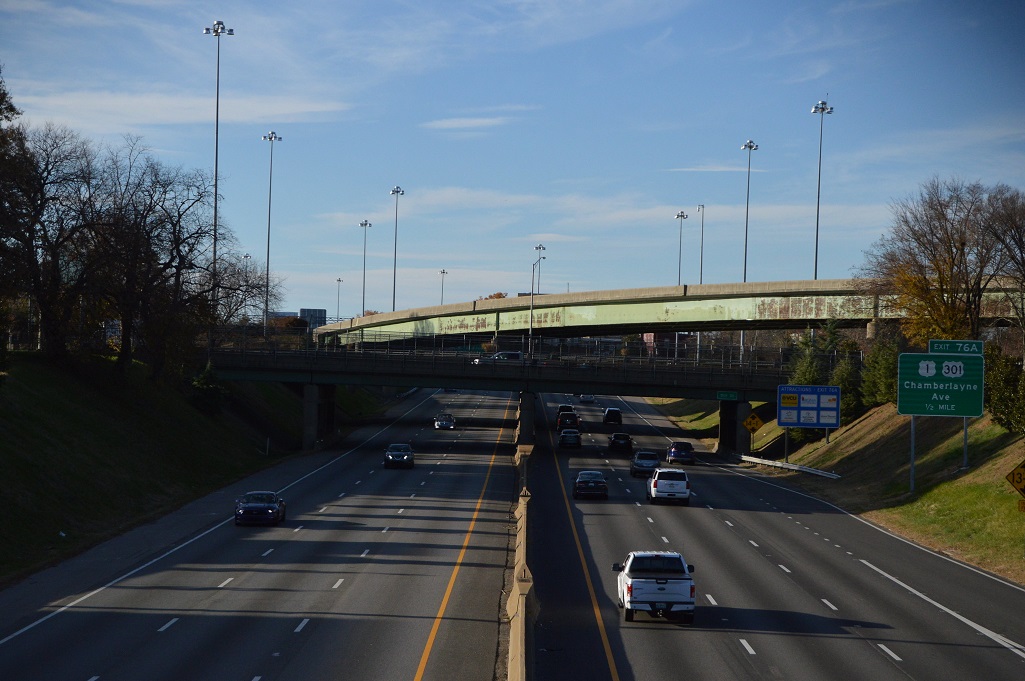 Richmond’s Navy Hill neighborhood was demolished to make way for interstates. Can a hotly debated city redevelopment plan make it a community once again?

Before it was the name of a downtown development plan, Navy Hill was the neighborhood Faithe Norrell called home.

“I just remember it as a really warm community, where everyone wanted to know your accomplishments,” said Norrell, a retired educator who worked with Richmond Public Schools for 28 years. “A very nurturing community.”

Situated north of Broad Street between Third and 13th streets, Navy Hill got its name after plans were made to erect a memorial in the area for those who fought in the War of 1812, which was primarily a naval war. At first, Navy Hill was largely populated by German immigrants, but by the turn of the 20th century, it was one of Richmond’s most prominent black neighborhoods, along with nearby Jackson Ward and Carver.

Norrell remembers Navy Hill as a neighborhood with a strong sense of community and equality. She recalls going for walks every morning with her “auntie” and stopping by to see friends.

“There were professional people living there and people that were housekeepers, like my sisters… it was a financially diverse group of people, but everybody was treated equally,” Norrell continued. “You were as respectful to a custodian as you were to the doctor. You were raised to do that.”

An interstate runs through it

Many of those who owned businesses in Jackson Ward would return home to Navy Hill at night. In fact, Navy Hill was significant in that many leaders of Richmond’s black community made their homes in the neighborhood. Maggie Walker, the first black woman to charter a bank in the U.S., lived in Navy Hill before she relocated to Jackson Ward. In the era of Jim Crow, Walker helped to foster entrepreneurship in Richmond’s black community. Bill “Bojangles” Robinson, famous for tap dancing alongside Shirley Temple in four 1930s films, had a home in Navy Hill. A Bojangles statue perches at a busy intersection in nearby Jackson Ward, where he is credited with putting up the funds to install a stoplight.

Though Faithe Norrell left Navy Hill in 1951, her connections to the neighborhood were strong throughout the 1950s and 1960s. She would visit with her aunts, who babysat her.

“I just remembered the joy of being there,” Faithe Norrell said. “My family actually owned about four houses on that street, so we would just go from house to house.”

A walk through Navy Hill today reveals a different neighborhood than the one Norrell remembers. In the remaining part of Navy Hill where homes, churches, and an elementary school once stood, Reynolds Community College and Virginia Commonwealth University’s Medical Center campuses now dominate the landscape. The Richmond Coliseum — which was closed in 2018 — and the historic Blues Armory stand unused. 1015 N. Seventh St. has been replaced with a small parking lot.

“Individual citizens must be inconvenienced for the good of the community.”

Construction of Interstates 64 and 95 destroyed Navy Hill in the 1950s and 1960s. An article in the Richmond Times-Dispatch from Aug. 2, 1955, details how the Richmond-Petersburg Turnpike — now a portion of I-95 — would help people outside of Richmond make it into the city faster, and those living in the city would benefit from reduced traffic. But the story also noted that those living in the path of the road would be displaced.

“Unfortunately, the demolition of scores of dwellings and business places will create difficult problems for some of the persons involved,” the article read. “This is not the first time, nor will it be the last, when individual citizens must be inconvenienced for the good of the community.”

Another RT-D article later that month reported that 726 buildings, 526 of which were homes, were to be torn down to make way for the interstate.

Then on Oct. 29 of the same year, a RT-D report noted that about 1,000 families in the Navy Hill area would be displaced by the construction of the interstate.

Navy Hill School was demolished in the 1960s.

“Because of gradual disappearance of residences in the section, what with the highway construction, there appears to be no other reason for the erection of another school,” an article appearing in the Sept. 14, 1965, edition of the Richmond Times-Dispatch reported. The next week, another story in the RT-D noted that Navy Hill School would be demolished “to make way for an interchange of Interstate Rt. 64.”

In 1966, Norrell’s family was displaced from Navy Hill. She said her family was so rooted in the community that many of them died within a year or two after being forced to move to another part of the city.

“You can’t kill a whole segment of people’s culture,” she said. “I’m sure when you’re planning things you can find a different route or a different way to build without having to destroy a neighborhood.”

Development on the horizon

In November 2018, Richmond Mayor Levar Stoney proposed a $1.5 billion project to redevelop the Navy Hill neighborhood. A new hotel, a GRTC transit center, and a $325 million, 17,500-seat arena to replace the Coliseum are all part of the Navy Hill Development Project. According to the Navy Hill website, no taxes will be raised to fund the project. Private investors will pay for the development.

The city will borrow money to pay for an arena to replace the Coliseum, and tax increment financing, called a TIF, will be used to pay back the loans. The city has created an 80-block TIF district where incoming tax revenue would be frozen at current levels and any additional tax revenue go toward paying back the arena loan.

Jim Nolan, press secretary to Stoney, said in a statement to Capital News Service that the Navy Hill Development Project will “rejuvenate” the downtown neighborhood while also bringing in a projected $1 billion in surplus revenue that will go toward funding schools, housing, and infrastructure.

“We believe the project will greatly benefit the city because it will create thousands of jobs, build hundreds of units of affordable housing and a new transit center, include a goal of $300 million in minority business participation, and produce a new publicly-owned arena to replace the 1970s era Richmond Coliseum, once a public asset, now a public liability,” Nolan stated.

Plans to redevelop Navy Hill have been controversial. Former Gov. L. Douglas Wilder wrote on Facebook last month: “when I now read of the ‘rehabilitation of Navy Hill,’ I ask how can you rehabilitate that which has been destroyed?”

Justin Griffin, an attorney in Richmond with a background in accounting and economics, said he started the website called NoColiseum.com to bring attention to problems he sees with the proposed development.

“If we were having an honest conversation … I think we would have a vast majority say, ‘No, you can’t afford that right now, we should put our focus and our money into schools and roads and the other city services that need to be caught up on here in Richmond.’”

At least two members of the Richmond City Council — Kim Gray, 2nd District, and Reva Trammell, 8th District — have voiced clear opposition to the project. Councilmember Stephanie Lynch, who won a special election in November to replace Parker Agelasto in the 5th District, said previously that she doesn’t support the project in its current form.

Griffin said the new arena and the Navy Hill Development Project are technically two separate projects, but are inextricably linked.

“They will not consider anything without an arena … it’s the arena which taxpayers are going to pay for, that is going to drive people and dollars into the private developments,” Griffin said. “The people are going to own the thing that is most likely a liability.”

Griffin said that projects like this do not typically work, citing the Kansas City Power and Light District in Kansas City, Missouri.

“If you actually look into the Power and Light District, it might appear successful,” Griffin said, noting that people do visit the district. “But from a standpoint that it actually makes a profit for the city and has benefited the people of Kansas City, it has not.”

City financial advisors Davenport and Company state that TIFs have been used across Virginia, including for development of Short Pump Town Center in Henrico County and Stone Bridge in Chesterfield County, a new development in the former Cloverleaf Mall. They say the funding approach has been used several thousand times, which “underscores the relative success of this structure.”

As part of the arrangement with the city, NH District Corp. developers said the project will include 480 affordable housing units, with projected rents ranging from $1,001 for a studio apartment to $1,717 for a two-bedroom apartment in 2023.

Stoney has called the project “the largest economic empowerment project in our history.”

Meanwhile, Norrell said she would like to see Navy Hill become a neighborhood again. She also said she’d like to see any revenue that comes from a redeveloped Navy Hill be earmarked to improve public schools.

“So many people are being displaced in Jackson Ward because of gentrification … it’d be very rewarding for me to be able to see people move back into Navy Hill and make it a community again, because that’s what it was — a community of friends and neighbors.”

Over a month after the movement began, Richmonders continue to take to the streets and protest police brutality against the Black... READ MORE