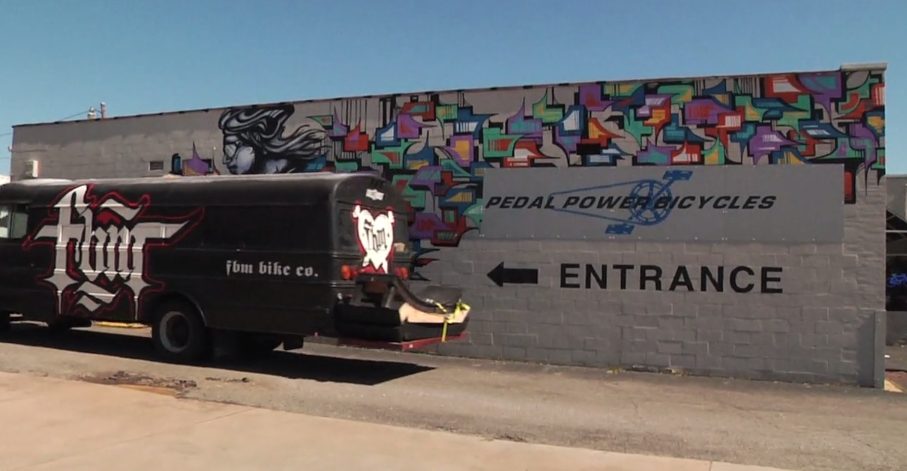 Richmond’s own Pedal Power Bicycles played host to NYC’s FBM Bike Company this weekend, and the video of their time sp

Richmond’s own Pedal Power Bicycles played host to NYC’s FBM Bike Company this weekend, and the video of their time spent is a feast for the eyes for any BMX or skate fan.

“Riders came from far and wide, which was especially cool as it was a local effort for the kids, and everyone was stoked,” wrote the folks at FBM about their time at Pedal Power located at Staples Mill and Broad. “Just a few rails and ramps, some good vibes, and some two wheeled smiles…”

It appears they used the space behind Pedal Power Bicycle’s shop – notice the Anthem insurance building in the opening shot and the Exxon in the background of the trick course.

FBM plans a return to RVA later this month for a ‘Celebrity Invitational’ where they’ll stop at the infamous Southside skate and bike treasure, The Lost Bowl, and host some more BMX badassery – here’s some footage from other Lost Bowl rippers, and if you don’t know where the Lost Bowl is, start asking folks cause we aint telling.