Opinion: State of the Union - Which Union? - RVA Mag 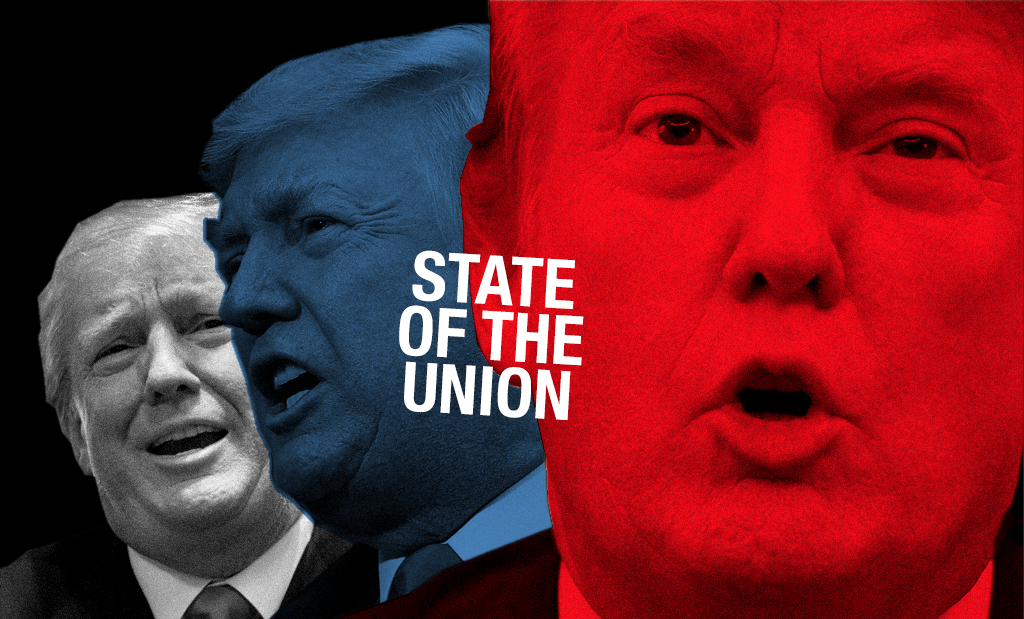 So many old white dudes on parade.

That was my first thought as the cabinet filed into the Senate chamber Tuesday night for President Trump’s State of the Union address. Their presence certainly set the tone for all of the things old white dudes love to hear in the State of the Union: patriotism, nationalism, populism, militarism, and naturally a fear of black and brown people.

In fact, the entire pomp and circumstance surrounding the State of the Union were perfectly set for a political charlatan like Trump. Which, once again, is great for old white dudes. What was lacking last night was anything that would have resonated with young people, people of color, women, innovators, the LGBTQ community, and social entrepreneurs. Anything that represents what American modernity actually looks like.

So what did we learn from the State of the Union last night? Nothing new. But a quick look at some of the most obvious points will help us focus on the meaning behind the meaning – there were many – which is important in understanding our current political age defined by Trump.

From digs at Colin Kaepernick to referring to people as “citizens” instead of Americans (more on this later), there were many things to unpack. According to FiveThirtyEight, Trump’s approval rating is at 39 percent – the lowest for any first-year president. His speech, therefore, needed to reassure that 39 percent, or else he risks losing his only real support base. Who is that base? Older white people who believe that Trump is “Making America Great Again” by referring to African countries as “shit-holes.”

The most obvious cue was linking the community work of Preston Sharp, a 12-year-old boy from California who gained recognition for placing flags on soldiers’ graves, to the advocacy of NFL quarterback Colin Kaepernick. Trump connected the two by saying, “Young patriots like Preston teach all of us about our civic duty as Americans…reminds us why we salute our flag, why we put our hands on our hearts for the Pledge of Allegiance, and why we proudly stand for the national anthem.” Platitudes like this are not about patriotism or nationalism, nor do they celebrate the military or law enforcement. They are used to undermine the symbol of modern social justice, embodied by Colin Kaepernick — a black man fighting against police brutality.

Even the Washington Post interpreted this line to suggest that “black men, adults who say they have experienced racial discrimination for decades, need to take lessons on what it means to be an American from a white child.”

Is it surprising then that over a dozen lawmakers decided to boycott Trump’s speech last night? I spoke with Congressman Donald McEachin about this last night, before the speech. When I asked him if he was going to boycott, he said, “I am going. I believe that I should confront racism, confront hatred, confront bigotry, and so I am going to do that by being there.”

The commitment to the American economic past is alarming. What’s more, success in the stock-market is not a bellwether for the every day success of American families. How many people are buying stock in Exxon at $86 a share? Speaking of Exxon, Trump lauded them by saying, “We have ended the war on American energy, and we have ended the war on beautiful, clean coal,” followed by an announcement that Exxon will invest 50 billion in the US. The very same company our Secretary of State, Rex Tillerson, used to be CEO of… something something about corporate cronyism.

(As an aside, I used to work for Royal Dutch Shell. Oil company jobs are not really available for hard-working blue-collar Americans, unless you have an advanced degree in chemical engineering.)

Absent in his economic discussion was any mention of how climate change was going to impact the economy, or how this is going to drive the next generation of innovation, technology, and research and development — all of the things millennials and young people need to be successful in the 21st Century economic landscape. Instead, we have an adherence to the economy of our grandparents, driven by coal, oil, and car manufacturing. China, the world’s largest creator of solar panels, is laughing at us. There is a reason why MIT has detailed the growing US innovation deficit in stark terms.

Just to plug irony (my favorite literary device), Trump also took credit for the lowest unemployment rate for black people ever, going so far as to say, “African-American unemployment stands at the lowest rate ever recorded, and Hispanic-American unemployment has also reached the lowest levels in history.” Cut camera to the Congressional Black Caucus; deadpan, stone-faced, and entirely unimpressed. Why? Because there is nothing more obvious than a man known for his deep racism taking credit for black success.

“Citizens.” This was the loaded word of the night, and one used to stir the worst kinds of nationalist, us vs. them sentiments. It dehumanizes immigrants, migrants, and refugee populations in the worst way, by making them “the other,” while at the same time preparing the American public for increased deportations and arrests. This is the rhetorical preference of every strongman to ever hold power, those who need populist resentment to fuel their policies.

There is obviously nothing wrong with debating the merits of legal vs. illegal immigration. According to the President, however, “citizens” are about to be abducted, murdered, and brutalized by marauding immigrant gangs like MS-13 at any moment. Yet according to the human rights group WOLA, MS-13 was actually created in America, and their membership only totals around one percent of all active gangs in the US — making Trump’s policy ideas more about fear-mongering than actual security.

During my conversation with McEachin, I asked him what else people needed to know about Trump’s immigrant policy. “It is not only about the Dreamers,” he said. “It is also an attack on legal immigration,” – one of the strongest American virtues.

That was obvious in Trump’s announcement of his four-pillar immigration plan, which will now focus on a pathway to citizenship, border security (including the wall), ending the visa lottery, and an end to chain migration — allowing family members to join other family members in the US. While the pathway to citizenship for 1.8 million immigrants is a nod to the Democrats, Democrats will now have to determine how to negotiate around this point, which includes the Dreamers.

What Was Most Scary?

Most concerning, though — beyond Trump’s call for a nuclear arms race — was something that could have gone unnoticed if not for the obvious authoritarian overtone to it. Midway through the speech he said, “I call on the congress to empower every Cabinet secretary with the authority to reward good workers — and to remove federal employees who undermine the public trust or fail the American people.”

Could anything be more autocratic and less democratic than a call to action, which would see government employees purged for “undermining the public trust”? Because we have already established that the “American people” look very different to Trump and his 39 percent support base than to the rest of us. And as the Russia investigation ramps up amid rumors of the President trying to remove the special council, it is entirely ambiguous as to what “removing federal employees” really means… but I think we can all guess.