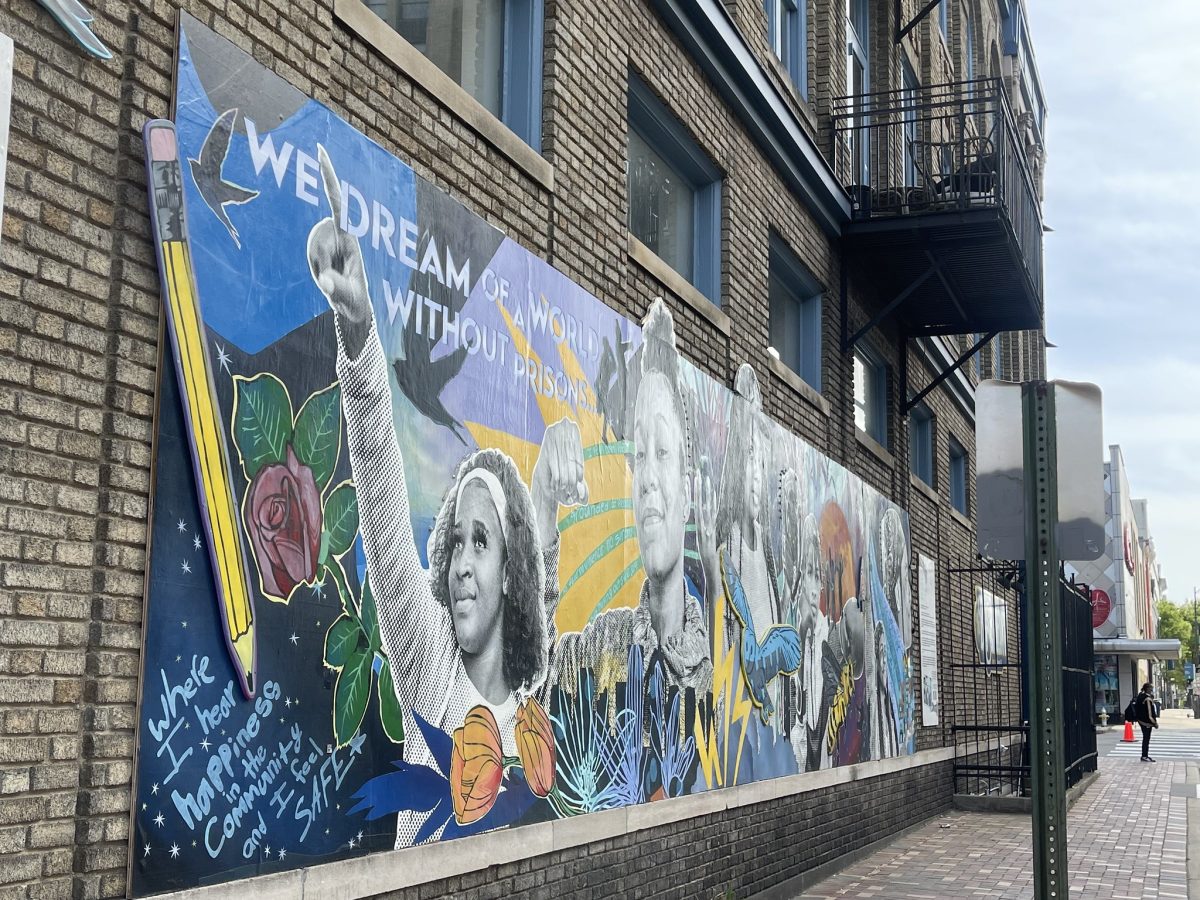 Virginia schools still rely heavily on law enforcement to discipline students and years of efforts to lessen the practice could be halted with recent legislation, according to juvenile justice advocates and some state lawmakers.

“Sometimes the heavy hand of the law is not what’s needed,” said James Fedderman, president of the Virginia Education Association. “What’s needed sometimes is a strong hand of encouragement and direction.”

Schools need to invest in “wraparound services” that prioritize help over punishments, Fedderman said. For example, the National Association of Education created the Community Schools Model to assist students who live in under-resourced homes and to offer help in the communities where these students live, he said. Under the model, schools offer or refer people to before- and after-school care, food and medical services.

A Virginia Tech analysis of DOE data published in 2015 from the center found only about 2 out of 1,000 students were required to appear before a court intake officer. The referral rate can be difficult to interpret based on how schools report the data, according to the Tech study.

Former Virginia Gov. Terry McAuliffe announced the Classrooms not Courtrooms initiative in 2015, in an effort to reform school discipline.

The initiative was a push to reduce student referrals to law enforcement and decrease suspensions and expulsions. Multiple agencies were encouraged to address the practices statistics showed disproportionately impact Black students and students with disabilities, and to address the emphasis on subjective offenses like disorderly conduct.

Two years ago, students could be charged with disorderly conduct, a Class 1 misdemeanor, for causing inconveniences, annoyances or alarm. Disorderly conduct has drawn Black students into the criminal justice system more than students of other races in Virginia schools, according to a study from the Legal Aid Justice Center.

McClellan sponsored Senate Bill 3 with some bipartisan support in 2020. The bill eliminated charging K-12 students with disorderly conduct charges while on school property, buses or at school sponsored activities.

Ashley Moore, attorney for the Youth Justice Program at The Virginia Legal Aid Justice Center, said lawmakers made some “great progress” to chip away at the issue.

“That disorderly conduct bill is actually a major step forward for children of color, and children with disabilities historically who were disproportionately harmed by the school discipline and policing,” Moore said.

Disorderly conduct can still go on the student’s school record. Over 1,000 students were reported for disorderly conduct in the 2020-21 school year, or 8% of all student incidents reported. There were over 16,000 students reported the year before, or 10% of all student incidents. The 2020-21 school years is the most recent data available, and the pandemic affected enrollment during both years.

McClellan also introduced the 2020 bill loosening the requirement that student misdemeanors be reported to law enforcement, though felonies would still be reported.

Not all lawmakers agreed. Sen. Mamie Locke, D-Hampton, objected to Norment’s bill during its committee hearing.

“I care about the school-to-prison pipeline and what this does is open that back up again,” Locke said. “Those who are going to be reported are Black and Brown children, primarily.”

Norment celebrated the legislative victory in his constituent newsletter, writing that the bill “will require school principals to report misdemeanor offenses.”

The bills still make reporting misdemeanors to law enforcement optional, but there are objections that how the language is now laid out will prompt more reporting.

The General Assembly this year passed HB 873, introduced by Del. Karen Greenhalgh, R-Virginia Beach. The bill originally required school districts to place a school resource officer — law enforcement officers stationed in public schools — in every elementary and secondary school. If a district failed to comply with the legislation they would not receive state grant funding, according to the fiscal statement.

Lawmakers amended the bill and dropped the requirement to have a resource officer in every school. Instead, a designated law enforcement officer will be trained and serve as a liaison for the school administrator in schools without a resource officer.

Disparities with young students, Black students and students with disabilities

Black students accounted for 40% of referrals to law enforcement but make up less than a quarter of the Virginia student population, according to state and federal education department data for the 2017-18 school year.

Students with disabilities account for almost 30% of referrals to law enforcement, and make up 13% of the Virginia student population, according to state and federal education data.

Hispanic students account for 11% of referrals to law enforcement, and make up 16% of the Virginia student population, according to state and federal education data.

White students account for 39% of referrals to law enforcement, and they make up 49% of the Virginia student population, according to state and federal education data.

Black females represented approximately 11% of Virginia’s school population from 2016-19, but averaged 31% of the school-based disorderly conduct complaints, according to the Legal Aid Justice Center.

“I think part of it is implicit bias that – some people see Black children as more adult than they are, especially with Black girls,” McClellan said.

Black preschool children made up 43.3% of out-of-school suspensions and 18.2% of the school population in the 2017-18 school year, according to DOE data.

Advocates question how schools will address the root causes that led to disproportionately charging Black students and students with disabilities, even if lawmakers reduced the number of available charges. Lawmakers and reform advocates say new models are needed.

“Everything is not something that should be reported to the law as an infraction,” Fedderman said.

Legislation passed in 2020 required local school boards to employ one full-time equivalent school counselor position per 325 students in K-12, effective with the 2021–22 school year. A 2021 law — sponsored by McClellan — called for a $49 million investment to increase student support staff, including nurses, social workers and mental health professionals. The law requires at least three staff for every 1,000 students.

Schools need to include “counselors and psychologists, not resource officers” to help the youth and meet their needs, said Crystal Shin, a law professor and Director of Holistic Juvenile Defense Clinic at University of Virginia.

Over 60% of schools surveyed by the Virginia Department of Criminal Justice Services reported they employed resource officers in 2019-20. Over 90% of middle schools and high schools have officers, DCJS reported. A small percentage are deployed in elementary schools.

Law enforcement should be used to handle school security not discipline, according to McClellan.

Black students made up 34.5% of the Charlottesville City Public Schools student population, but were referred to law enforcement nearly five times more frequently than their white counterparts, according to 2017 data from the Department of Education. Black students accounted for over 63% of referrals.

CPS school resource officers were replaced with care and safety assistants, who have a similar role, but can not charge students with criminal offenses. The new officials are similar to Albemarle County Public Schools’ student safety coaches, which were hired in 2021.

“There has to be a school-wide commitment to dismantling the school-to-prison pipeline by not over-relying on suspension and expulsion, and rather, finally get to the root causes of the misbehavior,” Shin said.

Richmond City Public Schools began using the Community in Schools model in 2018 to address dropout rates. This includes monitoring attendance, behavior and course completion. The method was compiled through research of several years and consistently identified the highly predictive factors of dropping out and working to resolve the problem. RPS uses this program to focus on student success with the use of health and social services as well as youth and community development.

Black students made up 69% of the RPS student population, but were 89% of the referrals made to law enforcement, according to 2017 data.

“I just think it’s important that we invest in kids and keep them in their schools and homes and in their communities,” Shin said.