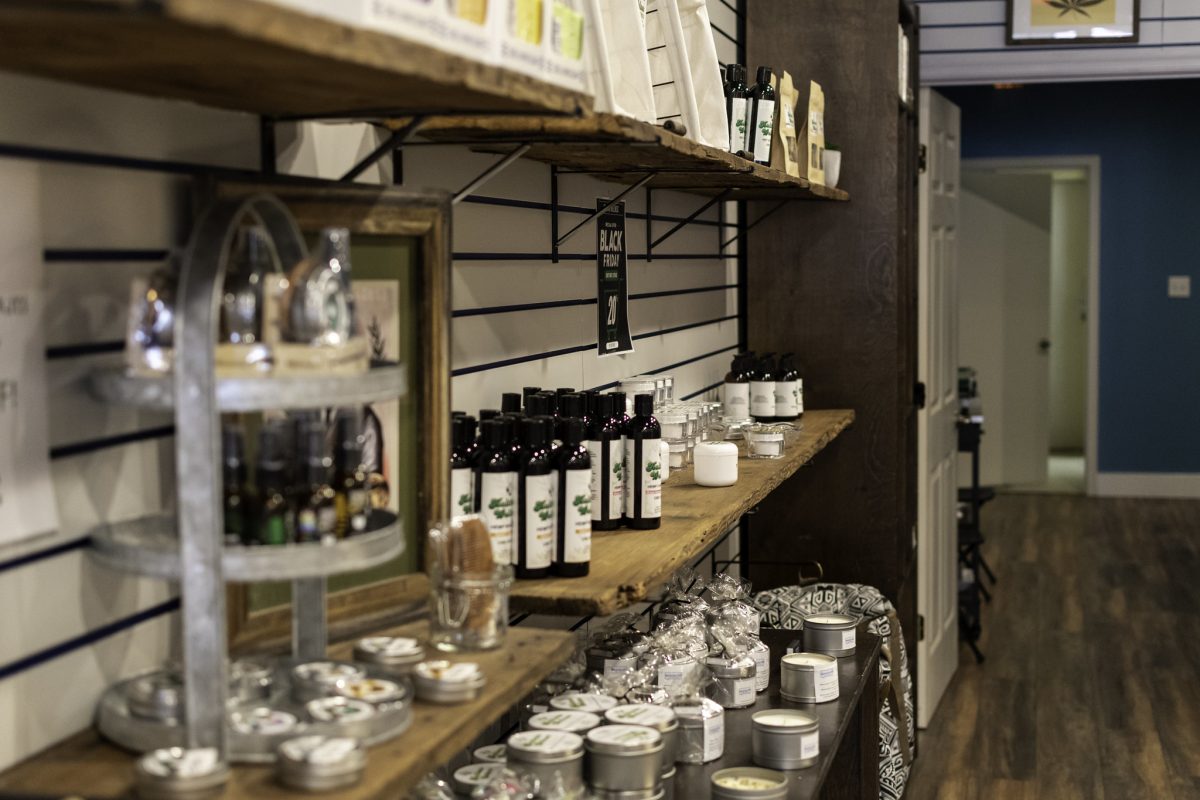 The medical cannabis market is thriving in Virginia, while the future of recreational cannabis, including hemp, is hazier.

Cannabis advocates and smokers are disappointed after a 2022 General Assembly session which saw lawmakers fail to expedite recreational cannabis sales and propose penalties for possessing amounts over two pounds — despite lawmakers making it easier to get a medical cannabis card.

“I think as far as the customer’s perception of the legislation goes, people are kind of angry,” said Christopher Haynie, co-founder of Happy Trees Agricultural Supply, which sells equipment to grow cannabis.

Retail sales up in smoke

The Republican-led House of Delegates refused to pass a bipartisan Senate bill through a subcommittee that would have expedited retail sales of cannabis to September rather than waiting until the initially proposed 2024 date.

Since certain aspects of the 2021 bill were not reenacted, it is unlikely that the retail cannabis market will open in 2024 as originally planned.

“There seems to be the pervasive attitude amongst our customers who stay informed about this stuff that Virginia is poised to turn over the recreational cannabis market to corporate candidates and not give the little guy a chance to really get in,” Haynie said.

Lobbyists influenced Virginia legislators into believing that it is safer for several large corporations to produce the products rather than having hundreds of small batch operations, Happy Trees co-founder Josiah Ickes said.

Gov. Glenn Youngkin recently signed into law legislation that eliminates the requirement to register with the state Board of Pharmacy before being cleared to purchase medical cannabis products from approved sellers.

Del. Roxann L. Robinson, R-Chesterfield, introduced House Bill 933, which allows a patient to bypass obtaining a card from the Board of Pharmacy after getting a referral from a medical provider. Pharmaceutical processors and cannabis dispensing facilities will update the Board each month with new written certifications received by pharmaceutical processors or cannabis dispensing facilities, according to the bill.

The Board of Pharmacy issued 1,377 medical cannabis cards in 2019 after lawmakers approved the sale of low-dose THC oil. The following year, 7,135 cards were issued.

The number of cards issued grew to 33,340 in 2021, when the General Assembly approved the sale of cannabis flowers, or buds that are smoked, with a medical card. The Board has issued 10,055 cards as of early April. There are currently 6,000 pending applications, which fluctuate for various reasons according to Diane Powers, director of communications with the Virginia Department of Health Professions.

Smokers say there are limitations

Richmond resident Brandy, who wished to be identified only by her first name because she is currently seeking employment, began smoking cannabis at age 15. Brandy, now 37, grows plants in her home. Citizens can grow up to four plants legally per household.

Brandy has a state-approved prescription for cannabis to treat anxiety and bipolar disorder, but said she prefers growing cannabis as opposed to going to a dispensary, because it’s cheaper. Health insurance does not cover medical cannabis.

“In Virginia, it really sucks,” Brandy said. “You go in and they have the little half gram carts, and it’s $65.”

With a retail market still not established, Brandy said she prefers growing her own supply versus buying illegally from a dealer.

“This way I know exactly what goes in it,” Brandy said. “It’s all organic product, there isn’t chemicals in it.”

There are four state-licensed medical cannabis companies to serve five health districts in Virginia, and only those companies can open medical cannabis dispensaries in that district. Health District 1, which includes areas like Albemarle, Charlottesville, Culpeper, Fredericksburg, Stafford, and Staunton, does not currently have a licensed company.

Meanwhile, a Richmond resident has two locations within 16 miles to pick up prescription cannabis. There are currently 11 such dispensaries open throughout the state, according to cannabis legalization advocacy group Virginia NORML.

“Another important factor about people, you know, not wanting to go medical, is patient access,” Haynie said. “During their day-to-day life they have to go out of their way, and it might be a day trip for some people.”

These are all reasons that Happy Trees reported a steady increase in customers since opening in 2020, Haynie said.

“One of the primary benefits to growing your own personal use plants is your ability to pick what’s best for you,” Haynie said. “Medical farms will be just like any other agricultural clients so they’re going to grow what’s best for them.”

Along with working with personal growers, Happy Trees has hemp farm clients, some which grow their crop for CBD, that depend on the business for equipment.

Lawmakers amended and passed a bill that changes the definition of cannabis in Virginia code to include any substance containing over .3%, or more than 0.25 milligrams of THC per serving or more than one milligram THC per package.

The bill also cracked down on the delta-8 market, or products synthetically produced to have higher THC levels, which sprang up over what lawmakers considered a legislative loophole. Hanger’s bill also worried industrial hemp farmers because some market products could surpass the allowable levels.

Haynie said several customers moved their hemp businesses back to Virginia when it became legal and that they will either move their business out of state or quit working in the industry.

“I can literally count 20 people I know that will be out of jobs if this bill passes,” Haynie said.

Youngkin had several recommendations for the bill, including making it a class 2 misdemeanor to possess two to six ounces of cannabis, which could mean up to six months in jail, or up to a $1,000 fine, or both. Youngkin recommended that possession over 6 ounces and up to a 16 ounces be made a Class 1 misdemeanor. Currently the penalty is a $25 fine for possessing more than 1 ounce and up to 16 ounces.

“We are extremely dismayed that the Governor has sought to enact misdemeanor legal penalties on possession of certain amounts,” Happy Trees stated about Youngkin’s recommendations. “This seems to be creating legal penalties for something that is not a problem.”

Youngkin also added language that only persons 21 or older can purchase CBD products.

Although .3% THC was already the legal limit in Virginia, Youngkin struck language that would have made illegal any products with more than 0.25 milligrams of THC per serving. Growers said the bill legislators approved would have made it harder to find a market to sell hemp-based products, other than for fiber, if the product market is more heavily regulated.

“We applaud the Governor for removing the THC concentration limits that were a component of the original bill,” Happy Trees stated. “Easily 40 percent of our full-spectrum products would have been illegal if the bill was signed as it was originally passed by the General Assembly.”

Honey Seibert began growing legally in 2021 and has a side job helping people set up and maintain their cannabis grow environments. Growers are happy to ban cannabis products branded to appeal to underage users, she said.

“There is a serious community of growers that don’t want to see things marketed in that manner,” Seibert said. “They should have more adult names.”

Seibert said it would be horrible if the bill passes, regardless. Seibert’s husband began using easy-to-obtain delta-8 vape cartridges to alleviate back pain when traveling and in situations where he can’t smoke cannabis.

The General Assembly is scheduled to reconvene April 27 to consider the governor’s recommendations.