The queen of soul has only been gone a few hours and already there has been an altercation over her place in pop-culture, which left one person shot and critically injured. According to WTKR, police in Suffolk, Virginia, responded to a gunshot victim at around 10:45 am this morning. The cause: An argument over who played the queen in a movie.

News 3 reported that the heated exchange took place after one person claimed that Halle Berry played Franklin (she didn’t). Shortly after, the fight turned violent with one person pulling a gun and shooting the other person at least once. The victim was treated by first responders before being transferred to the area hospital. Police have claimed that the victim is in serious condition. 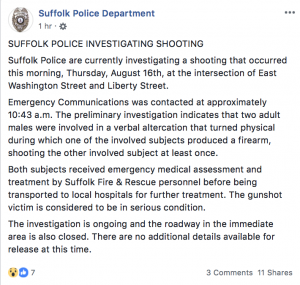 Suffolk Police made the announcement on Facebook and have since closed the roadways in the general vicinity.

Franklin, known as the queen of soul, died this morning at 76 in her home in Detroit. She had been battling pancreatic cancer for some time. Well wishes have poured in from every part of American including Presidents Obama who said this on Twitter, “Aretha helped define the American experience. In her voice, we could feel our history, all of it and in every shade—our power and our pain, our darkness and our light, our quest for redemption and our hard-won respect. May the Queen of Soul rest in eternal peace.” 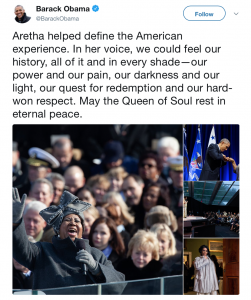 2015 will see the return of the one of the most exuberant and wildly creative bands to come out of the 2000s: the New Orleans quartet known as Mutemath.

END_OF_DOCUMENT_TOKEN_TO_BE_REPLACED

LAVA Music Fest made its debut in Suffolk, VA this past Saturday at the Suffolk Executive Airport with a unique approach to a one-day music festival that would hopefully entice concert-goers across th
END_OF_DOCUMENT_TOKEN_TO_BE_REPLACED

While music fans across the country are still gushing over the line-ups for Coachella and Bonnaroo this year, Virginians can rejoice as a new music festival has just been announced. LAVA Music Festival will hold its inaugural event on May 16th at the Suffolk Executive Airport in Suffolk, Virginia for a one day show featuring ten bands.