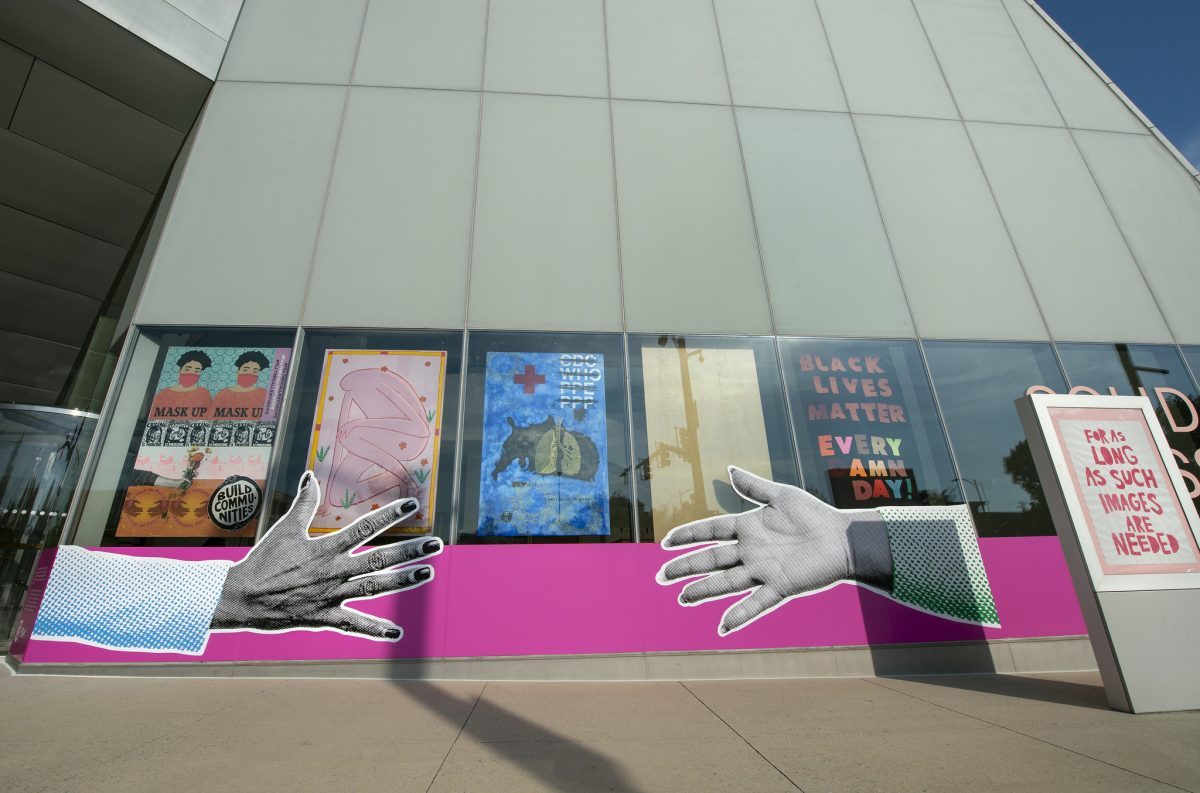 Despite pandemic-related closures and declining attendance, the Institute for Contemporary Art at VCU soldiers on. Recently, the ICA celebrated its third anniversary with an event launching upcoming exhibits.

The Institute for Contemporary Art at Virginia Commonwealth University in Richmond recently celebrated its third anniversary after a year marked by a four-month pandemic closure and declining attendance.

The institute hosted a “Lunch & Launch” event in late April to commemorate the milestone and to preview upcoming exhibits. Previously featured artists spoke at the event. Guests previewed the upcoming exhibit “It Will Always Come Back to You,” by Cairo-based artist Ibrahim Ahmed, who creates work based on textiles and other mediums. Ahmed’s exhibition will feature a large sculpture commissioned by the ICA.

The institute opened in April 2018 with the exhibition “Declaration,” which featured more than 30 artists and ran through September 2018. “Declaration” was the institute’s first and most well-attended exhibition, according to Dominic Willsdon, ICA executive director. “Declaration” featured the most artists in an ICA exhibition and was the only exhibit to take up the entire institute.

The New York Times previewed the ICA in 2018 and lauded the institute’s potential to grapple with “pressing social issues” from its “historic pivot point” on the corner of a Richmond intersection that “once marked the boundary between Black and white communities.” Almost two years after it opened, USA Today named the ICA a top 10 best new museum — the only art museum on the list.

Willsdon said over the past three years an increasingly large portion of the artwork on display is commissioned specifically for the institute.

“Almost every exhibition involves commissioning new work,” Willsdon said. “The ICA doesn’t just show art of the past but brings new art into the world.”

Attendance at the ICA decreased in the second year of operation. It went down from over 100,000 in its first year to just over 54,000 in the second year, according to the ICA. The attendance figures are from April to April of each year. Willsdon said this was anticipated.

“The second year after a museum opens, it’s going to go down a little bit,” Willsdon said. “It didn’t go down quite as much as it might have.”

The institute’s attendance decreased to just over 10,000 in its third year, mostly because of the four-month closure at the start of the pandemic and the fact that no in-person events were hosted, according to the ICA.

Willsdon considers “Great Force,” which ran in the ICA’s second year, the institution’s keynote exhibit. It featured 24 artists and explored the theme of white and Black racial forces in the United States. It was on display from October 2019 to January 2020.

“Great Force has a special significance for us, in terms of the themes that recur in other exhibitions,” Willsdon said. “I found myself calling it a keynote in terms of the way it embodies what we’re about.”

The ICA has also featured art by VCUarts faculty members, such as Guadalupe Maravilla’s “Disease Thrower.” Maravilla, an assistant professor in the VCU School of the Arts, created the sculptures and banners in the exhibit to discuss themes of illness and immigration.

The ICA has never shown work by VCU students, but Willsdon said it’s “not impossible” that they will do so in the future.

“About half of our visitors are affiliated with VCU,” Willsdon said. “We’re really happy about interest in the student community.”

The ICA also closed in March when other businesses throughout Virginia were shuttered due to COVID-19. It reopened in July 2020. The ICA currently hosts in-person exhibitions as well as online events.

The ICA recently entered into a partnership with Virginia Public Media to create a podcast recording studio and workspace within the institute, though COVID-19 halted construction plans. After several months of online-only programming, construction on the podcasting studio is slated to begin in June and end in August, according to VCU assistant professor Chioke I’Anson. He is the director of the community podcasting space, which will have a soft opening on Sept. 10.

I’Anson aims for the studio to be accessible to people who want to start a podcast but may not have resources such as recording and editing equipment. The studio launched virtually, which has gone well despite the lack of a physical location, I’Anson said.

“We’ve had what we call ‘skill share’ sessions where one person shares their own lessons and everybody talks about it,” I’Anson said. “We have producers’ institutes, where we bring a guest from a podcast network to give a workshop on a particular editing technique.”

I’Anson said the focus has been on Richmond creators, but the center is “open to really anyone with an internet connection.”

Willsdon said his goals for the ICA’s future are to bring in more international artists and experiment with more tactile and interactive exhibits.

“We’ve actually thought more and more about tactile material exhibition,” Willsdon said. “We’re always looking at screens. Museums can be where a different type of experience is offered.”

Written by Anya Sczerzenie, Capital News Service. Top Photo: A small series of art projects outside the ICA provide visual commentary on the COVID-19 pandemic and a summer of protests after the death of George Floyd. | Kevin Morley photo, Virginia Commonwealth University Marketing