With eight beers on tap, a 10,000 square foot space and a passion for brewing IPAs, Kindred Spirit Brewing is ready to start serving up cold ones in Goochland this weekend.

With eight beers on tap, a 10,000 square foot space and a passion for brewing IPAs, Kindred Spirit Brewing is ready to start serving up cold ones in Goochland this weekend.

The new brewery is the latest in a wave of new breweries to open in the Richmond area this year including Chesterfield’s Steam Bell Beer Works, The Veil in Scott’s Addition, California’s Stone Brewing Co. in the East End, and even Trapezium Brewing opening up in Petersburg.

Brothers Jason and Joe Trottier along with longtime brewer Lee Lonnes have been working since March of last year to get their brewery, located on West Creek Parkway just off of 288, up and running.

Jason Trottier said they will have 12 beers regularly on tap, but eight on draft for their grand opening including two IPAs, a DIPA, a hoppy brand ale, an English mild, a Blonde ale, an orange cream ale, and a stout. (See brew list at bottom)

Trottier said they’re mostly looking to focus on the IPA craze that many craft beer drinkers enjoy with the beers they serve when they open.

“Lee and myself, we really like hoppy beers more than anything, we plan to have three or four different hoppy selections on tap at one time,” he said. “Head Space, we’re hoping to be our flagship IPA, it’s heavily hopped with Citra and Mosaic its rich and juicy, it’s really good.”

But he added that not everyone is obsessed with consuming just that style, so Kindred Spirits will have a little something for every craft brewer’s taste.

“We’ll hopefully be able to please everyone’s palate,” he said.

Midlothian natives, the brothers first started looking for six months last year in Chesterfield to set up their brewery, which didn’t exactly go as planned. 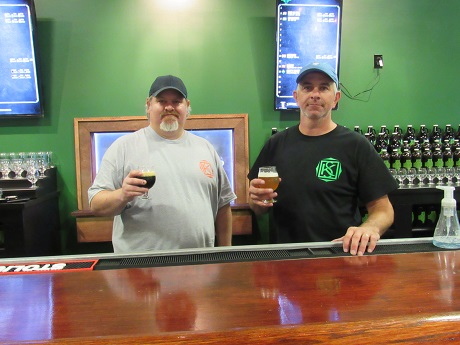 “The location wasn’t right, or we’d find the right location and it wouldn’t fit our needs, {so} we decided to open our search a little bit broader,” said Trottier.

The Goochland spot in the West Creek Business Park was the very next place they checked out which ultimately was the place they chose. And Trottier said he wasn’t initially sold, but after talking with his brother Joe, he was persuaded.

Tucked away in the back of an office park, it’s not your typical location for a brewery, but Trottier said he’s not worried about drawing people in. 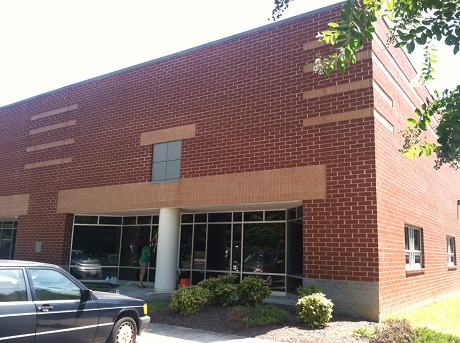 “I’ve been to enough craft breweries and had to hunt and search and track ‘em down, the craft beer drinker will find us,” he said. “We talked to the people from Goochland and they said 50,000 cars go by in the afternoon rush hour every day I was like, ‘ok’.” he said.

And they aren’t the first to venture out in Goochland County. Lickinghole Creek, a 290-acre farm brewery, was the first to plant roots in the area on Knolls Point Drive off 64 in 2013.

And this won’t be Trottier’s first dive into the industry. He’s been in the wine and beer business for over 20 years working in retail and wholesale. 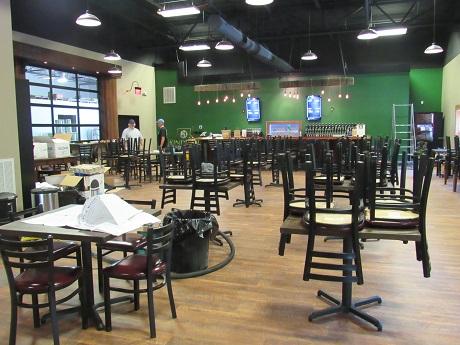 “I owned my own wine shop in the Outer Banks,” he said. “For the last 10 years, I’ve been working for Total Wine, I managed both of the stores in Richmond.”

Burnt out from the retail industry and tired of not being his own boss, Trottier wanted to take his skills and passion elsewhere.

“I’d been trying to figure out something that I could do for myself and obviously the craft beer scene in the state is exploding and I love beer, I know how to run a business,” he said. “With my brothers marketing skills and my management, it just seemed like a natural fit.”

In 2014, Jason and brother Joe, who runs his own advertising firm, started tossing around the idea in 2014, but didn’t officially get the ball rolling until the following year. Jason left Total Wine in June of 2015 and brought on Lonnes, a former brewer at Legend Brewing to get Kindred Spirit Brewing off the ground. 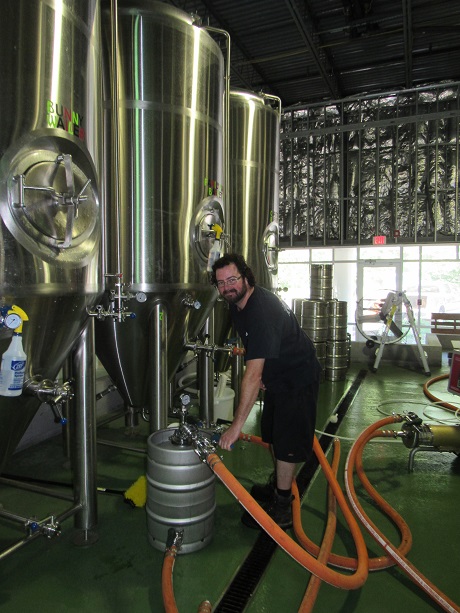 In their 10,000 square foot brewery, the dark green tasting room takes up about half the space, and the 8.5 barrel brewhouse along with fermentors, which can be viewed from the tasting room, make up the rest of the brewery. 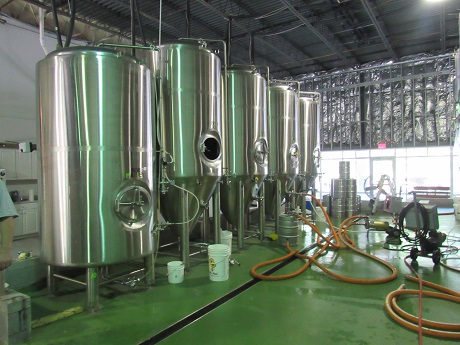 “We can get a brew done in about three and a half to four hours,” he said. “If we were to max them out we could do about 5,000 barrels a year,” he said. “Projection for our first full year in business is about 1,500 barrels, but we’ve got room to expand.”

Once they’re up and running, Trottier said he’s interested in sourcing local ingredients.

“I’ve already made a few connections with some of the local hop farmers,” he said. 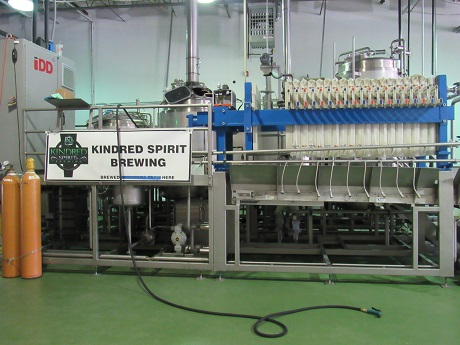 And in a couple of weeks they’ll roll their brews out into the local market with 25 to 30 accounts so be on the lookout for that as well as Kindred Spirit brews in cans.

“We’re going to do some hand bottling of big bottles of beer just to sell that in the taproom in a month or two and hopefully in six or seven months we;ll decide to start bottling or canning.”

In addition to the eight draft beers, 16 and 24 ounce growlers will also be available at the brewery. 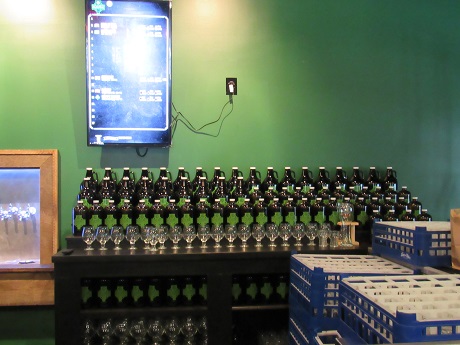 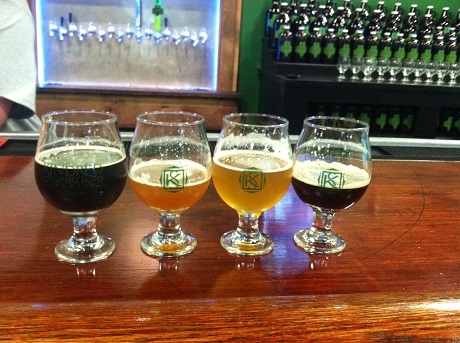