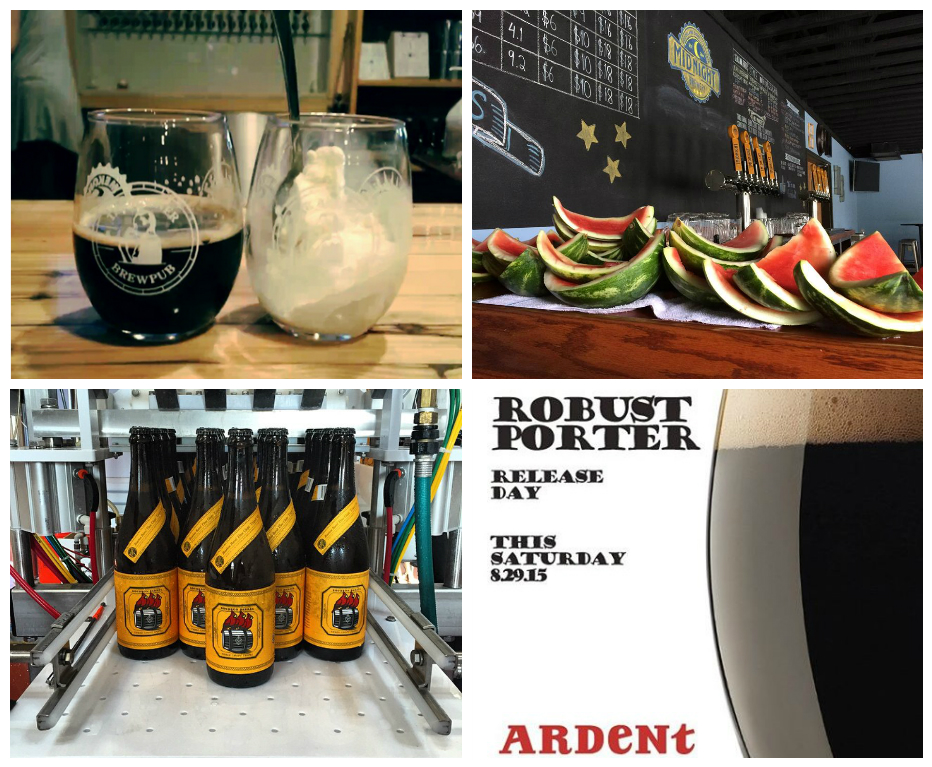 We’ve got some more beer releases for youa and some other exciting beer news and I just couldn’t wait until next week to share it! So hold your mugs out and get ready!

This Saturday, Ardent Craft Ales is releasing a Robust Porter. On Sunday, Aug. 30, the brewery is also hosting a beer brunch from Noon to 3 p.m. Ardent will have beer Bloody Marys made with local Texas Beach Bloody Mary Mix and pizza from Pizza Tonight. Greenleaf Pool Room will be serving brunch ice cream sandwiches such as maple bacon ice cream on a french toast cookie. Yum!

Tonight, Lickinghole Creek will release their much-anticipated Bourbon Barrel Tripel from 5 to 9 pm. The Goochland brewer is only producing 1,000 from the batch so get there early to get yours!

Get over to Triple Crossing NOW because they released their Bad Wolf Belgian Pale Ale today. It was breweed with 100% Galaxy hops and fermented with Trappist Ale Yeast.

This Saturday, Hardywood is releasing its third barrel aged installment of their Mega Stout, the Hardywood Ruse, It’s aged for 18 months in The Winery at Bull Run Red Wine barrels.This beer has united port-like qualities with distinct dark chocolate and molasses characteristics. 11.3 % ABV.

Get out to Midnight Brewery in Rockville tonight if you’re looking for something a little fruity. The brewery is releasing a Watermelon Lime Kolsch.

Isley Brewing has a pretty cool new beer and a sweet deal on it too! They released a Dark Palm Chocolate Coconut Dunkelweizen. Its only $3 for a pint!

This is probably bmy favorite beer news. The Answer Brewpub is now serving up beer floats! You get your choice of beer and pair it with vanilla, chocolate, or cappachino gelato. Beer and Gelato? Yes Please. To tempt you, they’ve created this mouth-watering video.

Beer Floats are The Answer. Come pick a beer of your choice to pair with vanilla, chocolate, or cappachino gelato.Yum.#theanswer #theanswerbrewpub #beeristheanswer #gelato #beerfloat #yummy

Posted by The Answer Brewpub on Thursday, August 13, 2015

Last not certainly not least, Wild Wolf Brewing collaborated with Virginia Pride to create a beer for Pridefest next month. The beer, which was named “Saisons of Love,” by the community was introduced Thurasday Aug. 27 at Babe’s of Carytown. The beer will also be available at this year’s Pridefest held on Brown’s Island Sept. 12. Stay tuned for more details from us on the beer.