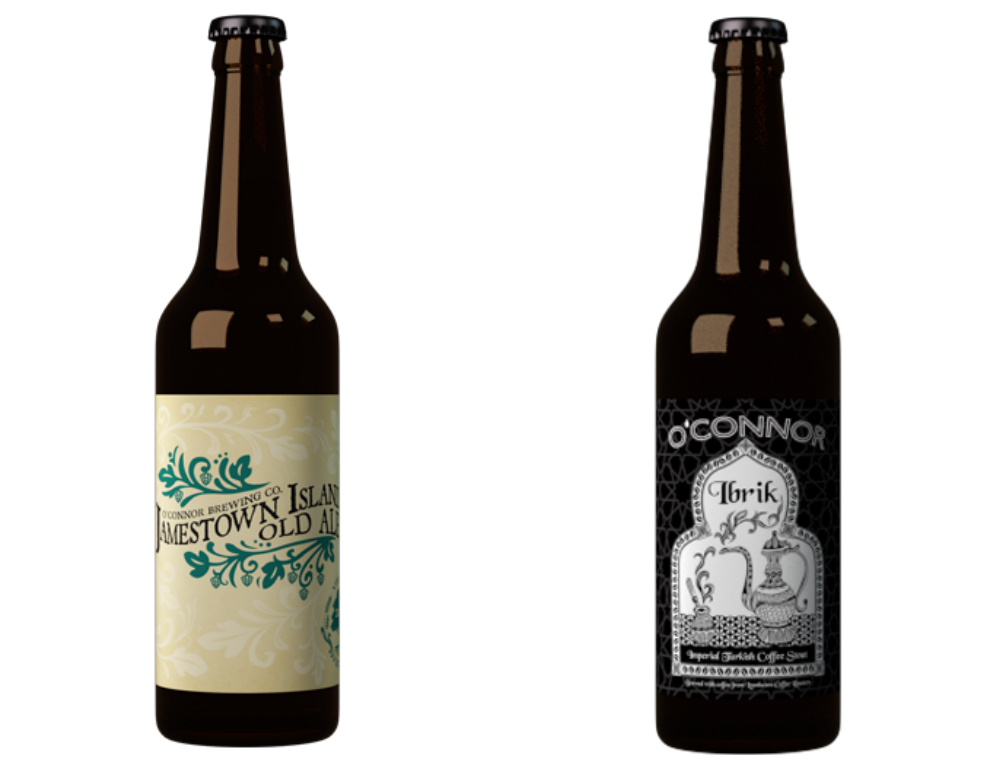 Occasionally we’ll get our hands on some beer that we are fortunate enough to try and let the beer lovers out there know what we think.

Occasionally we’ll get our hands on some beer that we are fortunate enough to try and let the beer lovers out there know what we think. Okay, maybe slightly more than occasionally, but didn’t want to rub it in!

Anyway, the staff over here the RVA Mag recently had the chance to try out a few O’Connor Brewing Co. brews. The Norfolk-based brewing company sent down a handful and here is the first installment of the beers we’ve had a chance to try.

First up, is “Ibrik” an Imperial Turkish Coffee Stout:

This winter brew is named after the special pots used in the production of Turkish coffee. It blends a light coffee and dark roasted malts and uses fresh cardamom and Ceylon cinnamon to draw further on the Turkish coffee flavor. Clocking in at 10 percent, “Ibrik” is a big bold stout and pretty easy to drink to be a stout, with a light hop give it a lasting finish.

You can definitely taste the hints of cinnamon. There’s a nice balance on this beer, the coffee isn’t overly powerful, but using the roast to add to the malts within the beer. The stout has hints of Dark fruit with some bittersweet coco flavor that comes through in the end. If you let it warm in your hand the cardamom and cinnamon come through a bit more. It does say its shelf life is short however, would love to see a bourbon barrel version with a cork so you could age it a bit. This was a winner among the group.

This late winter Virginia vintage old ale is brewed with natural ingredients from our state including grains from Copper Fox Distillery. It has a deep ruby color with complex flavors and aromas of dark fruit with a hint of smoke.

The staff here was really looking forward to trying this one since it’s from the Virginia Vintage series. We would call this an old style ale – usually kind of classic in making, and usually pretty boozy. This one clocks in at 10.5% so I saved it to have at night while watching the national championship game. It’s really good so lets just get that out of the way off the bat. Caramel flavors with complex dark fruit and malts give way to a sweet finish. It’s got a kick and slightly smokey background probably from the malts – as it warms the flavors continue to grow and the boozy caramel comes through real nice. So far this is my favorite beer I have had by O’Connor Brewing Co. I will be keeping my eye out for it from here out.

Check back for a few other O’Connor Brewing Co. beer reviews coming up soon and fyi to all the breweries out there, we love to try it, so don’t be afraid to send it!