RVA On Tap: A New Year Of Brewing In Richmond - RVA Mag 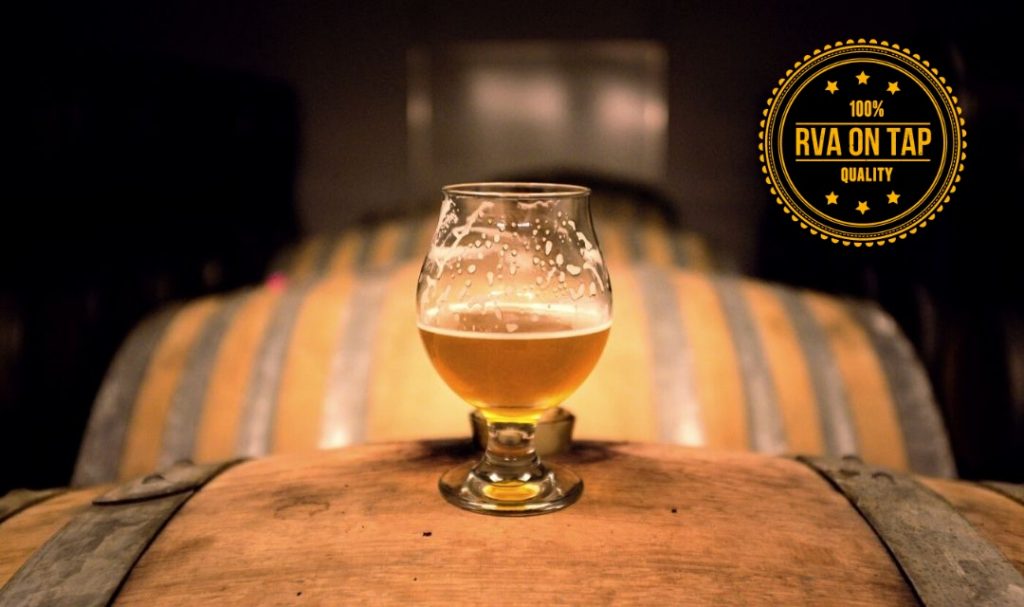 Welcome to a new year, folks — this week, kick off 2020 right with New Year’s Day brunch at Ardent Craft Ales and 2019 Trivia at Intermission Beer Company. We’ll go through the year’s best at Stone Brewing Richmond, a delicious multi-release with smoothie ales at The Veil Brewing Co., plus some summer-themed brews at Väsen Brewing Company, Canon & Draw Brewing Company, and Steam Bell Beer Works for those of you who can’t wait for spring to come — plus events at Lickinghole Creek and Fine Creek Brewing Company’s latest West Coast IPA. Drink up, Richmond!

While I don’t usually kick off the column with events that happen on the regular, this one feels appropriate: Intermission Beer Company’s 2019 Year In Review Trivia Night. How well you remember the events of this year may depend on how much craft beer you ingested during it (hangovers and lost memory is not for me, folks, so here’s that reminder to take it easy this year), but my bets are on that most of you will do pretty darn well with these questions.

If you have a particularly good memory, there might even be some prizes waiting for you — so grab your favorite group of friends, and start the year off right with the biggest memories from 2019. You’ll want to register in advance, as it could sell out, and be aware that teams can only hold up to four members. Make sure to grab a ticket for each team member, and don’t worry about the fee: as long as you get $6 in beer, snacks, or merch, your ticket balance applies to the goods.

As we coast gladly into the new year, Stone Brewing Richmond wants to remind us of a few 2019 favorites to ring in 2020 with the best. Tropic of Thunder Lager (pictured above) is one of the special brews that made it to the top of their annual list, and this one combines both the reliable and the experimental flavors. Tropic of Thunder was created with Mosaic and Citra hops, along with the brewery’s new additions of Cashmere hops to bring some fresh flavors into the mix. It’s packed with fruit, both citrus-ey and tropical, and has a bit of a bitter taste to balance out its sweeter flavors.

They also featured the “OG favorite” — and the one that many of us were first introduced to the brewery with — Arrogant Bastard Ale. This classic Stone Brewing recipe has been around for the subtle beginnings up through the major rise for the now-international brewery, and it has continuously passed the test of time by remaining well-loved in many of our households (including mine — with fond Christmas memories from years ago, when my aunt brought a case to the family get-together, and I successfully resisted the strongest temptations to pass one to the resident Arrogant Bastard in attendance). This delicious ale has reveled in its “unprecedented and uncompromising celebration of intensity,” according to the brewers, and they couldn’t be more right. For those who enjoy it with us, we’re glad to have you in the Arrogant Bastard club, and we’ll expect to keep you in it for years to come. Stone has been bringing out more of their best brews each day leading up to the New Year, so check out more info here to see if your favorite made the list.

Weekly Multi-Release at The Veil

Another tasty multi-release came to The Veil Brewing Co. last night, and this one starts with the tastiest of all: the Crazee Berry Mega Tastee Tastee Imperial smoothie-style Sour Ale (pictured above). The Veil has become pretty famous for their Tastee series of smoothie beers over the last year, and this is the perfect recipe to start 2020 with. Crazee Berry Mega Tastee Tastee is truly the mega of Tastees, brewed with milk sugar for a thick, sweet smoothie consistency. At 8% ABV, you’ll get your buck’s worth with a glass of this one, and enjoy the blend of blueberry, raspberry, blackberry, and boysenberry purée in its body.

The Veil also released Petalz Blonde in a bottle release last night from their collab brew with Jester King Brewery last January, so if you kicked off 2019 with a glass of it, here’s your chance for a throwback in 2020. Petalz Blonde is a Mixed Fermie, as The Veil calls it, made with Texas raw wheat, Virginia corn grits, spelt, and aged whole-leaf hops. While it’s filled with fruity flavors, you won’t find the bright tropical notes of some of the other brews — this one is on the earthier side, with apricot and peach to bring this Farmhouse Ale together.

Adding to their releases, PRBLMS came out in cans last night, and at 11% ABV, this brew could either solve yours or cause some new ones (depending how many you enjoy in one night). This Triple IPA was brewed with Citra, Enigma, Mosaic, Kohatu, and Vic Secret hops in a complex combination that comes together perfectly. Last but not least from their releases last night is IdontwantoBU³, a lower 6.9% ABV recipe that leans fully away from the bitter side of things at zero IBU. Citra and Mosaic made this triple dry-hopped IPA, and its simplicity is just right.

If you’re looking for something to do today now that New Year’s Eve has passed and the hunger of the morning sets in, Ardent Craft Ales has just the answer: their New Year’s Day brunch today from 12-6pm. Seoul 2 Soul is at the brewery today with Korean and soul food fusion, and they’ll be there all day in case you want “breakfast” if you sleep in until 3pm. With a full menu of chicken & waffles, kimchi pancakes, hash browns, bibimbap, collard greens, eggs, and more, they’re fully prepared to start your year off right — whether that be a healthy beginning or just nursing a hangover. Cheers!

Our pals at Väsen Brewing Company dropped their Double Berry Sour over the weekend, and this is one you won’t want to miss. Brewed to bring out the best summer flavors to “carry you through the Richmond winter,” Double Berry Sour is packed with raspberry, redcurrant, cranberry notes, and hibiscus petals for an earthiness along with more floral aromas. This deep-colored brew pours in a full red with a white head, and it came out just before Wanderlust 11. On the other side of the flavor spectrum, Wanderlust 11 is a Belgian Pale Ale that came out in collaboration from the James River Homebrew Club Dominion Cup, and it was brewed with Vojvodina and Glacier hops. Citra Saison also made its way to the taps last weekend, and alongside Wanderlust 11 and the Double Berry Sour, it pours bright with a crisp, citrus-forward taste.

The further we get into this week’s column, the more apparent it is that a lot of our local brewers are seriously missing summer — and as much as I love the cold, I really can’t blame them. When it’s summertime in the River City, there’s no shortage of things to do, and there’s nothing like sunny days on the patio of your favorite spot with your best friends, or days at the James with a few tropical brews. Those days aren’t too far off now, so stay patient, folks, and let me enjoy the rest of my chilly season while it lasts.

The folks at Canon & Draw Brewing Company can hold you over with their latest Corrosive Haze, a fruited Sour IPA. This one’s packed full with pineapple and mango flavors, and Canon & Draw says this “tropical fruit bomb” will help you forget it’s winter.

The last weekend of 2019 brought a new release at Fine Creek Brewing Company, the Origin of Birds West Coast IPA. At an easy-drinking 6.7% ABV, this brew sits right in the middle for many preferences and combines Falconer’s Flight hops with Simcoe, Mosaic, and Citra. It’s lower on the IBU than many other West Coast IPAs, according to Fine Creek, and it brings out a great dry body to complement its tropical, floral, and lemon grapefruit flavors. Be on the lookout for some great events at Fine Creek that we’ll feature in the coming weeks, and in the meantime, keep up with them to plan out your first afternoons at the farm of the New Year.

The weekend brought a fresh release to Steam Bell Beer Works, with their brand-new Glaring DIPA. This Double IPA is the freshest available, according to its brewers, and it came together with the classic Citra and Mosaic hops that make for a perfect IPA taste. They also put in some additions of Meridian hops to make its tropical tastes burst, and with passion fruit, sweet berry, and stone fruit, it’s both bright and full in flavor.

Beach music in January? You bet. If you’re looking for a break from the wintertime blues, head out to Lickinghole Creek Craft Brewery this Saturday for Virginia Beach’s One Culture playing at the farm. The music brings out a beachy mix of reggae, progressive roots, dub, and rock — so for those of you who are feeling cooped up in the city, here’s your ticket to an afternoon in the country that combines the best of Lickinghole Creek’s beer with sounds from Virginia’s oceanside. Winter is about halfway over, and we’re getting closer to warmer days with the start of the year (a bummer for me, but good news for many of you), so get a taste of it while you can. You’ll also get tastes of the farm’s best craft beer along with eats from the Firesides Food Truck, and don’t forget to bring the kids and the pups along for the all-ages event.