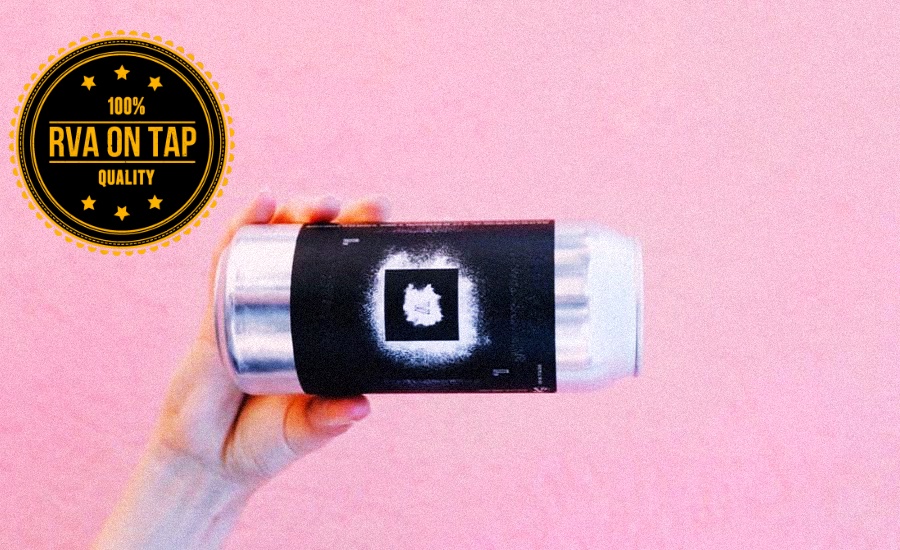 This week, the brewers of Richmond have tons of great releases (and a few drive-worthy events) to keep our glasses full. If you’re looking for a summer weekend trip to get out of town, Three Notch’d has a collab fest with its Charlottesville location that sounds like a great way to spend your Saturday.

This week, Hardywood Park Craft Brewery is doing an awesome throwback on #FreshCanFriday with their can release of Raspberry Short Kate. This brew came out back in the spring, the same week as Center of the Universe’s Southern Food Fest that won my bbq- and waffle-loving heart, and where my ham biscuits won theirs.

On that note, it’s time for me to pay a visit to Capitol Waffle Shop again soon. Those cinnamon-peachy glazed waffles with whipped cream and peach syrup have very literally been on my mind every week for months.

Distracted by waffles. Moving on.

Raspberry Short Kate came out that same week, and it’s *just* as worthy of your trip to the brewery as those waffles were. It’s heading back to the brewery again this Friday, and this Milkshake IPA was brewed with milk sugar (the best!) and tons of wheat and oats, so it brings out a really soft, pillowy feel with a fruity side. It was perfect when we just started to welcome spring, and lord how I wish for those beautiful days again now when it’s too hot to go outside most of the time. This 7% ABV raspberry milkshake was named in honor of Hardywood’s VP of operations, and just like everything Hardywood does, I promise it doesn’t disappoint.

Keeping on with their Hop Pale Ale series, Canon & Draw Brewing Company has a new release heading to its taps this Friday. Their Hop Pale Ale with Azacca and Triple Pearl is exclusively hopped with the two variations that bear its name, and you’ll catch a good amount of tropical fruit from the Azacca mixed with a bit of spice, plus mango, pineapple, and a bit of pine-like tastes.

Triple Pearl hops, on the other hand, are much more bitter-forward with a nice mouth-feel, and it’s got hints of spices like cloves and allspice to compliment its melon and sweet citrus flavors. For Canon & Draw’s brew, you can expect a perfectly-blended combination of the two to bring together the summer fruits with the cold-weather spice.

Steam Bell Beer Works is set to release the next in their Extra Plenty Gose series this Saturday, and it might be my favorite one yet. Their Extra Plenty Ginger Gose comes on the heels of other variations like Extra Plenty Hibiscus Cucumber Gose, which was made with major amounts of hibiscus and locally-sourced cucumbers.

Their cucumber flavor gave off more of a watermelon-candy taste and poured with a pink color while being loved as a light, refreshing beer by many of its drinkers.

I’m extra-excited for the new Ginger Gose Ale release, because like Cucumber Gose, it was brewed with the same pink Himalayan salt that brought in just enough salinity to round out the flavors.

Just like last week, The Veil Brewing Co. had a huge Tuesday night release to bring out the new and the old in both fresh beers and returns.

They brought back Never Give Up³ last night, complete with triple blackberry and passionfruit puree flavors that hits in at 5.3% ABV. This Gose has a deep, dark red color with a bright pink head, and you’ll get strong flavors for the mild ABV content.

Next up, The Veil hosted the return of redmiata, an IPA that’s not just light on the mouth, it’s “luxuriously soft.” Right up my alley. This 6% ABV brew suits its sports-car name and it came along with LVL — a TIPA that was brewed with 100% Galaxy hops to come in at a much higher 11% ABV. LVL is a sibling to Alone and Personvl Space, according to the brewers.

Finally, The Victim (pictured above) made its way to the taps for the first time in its debut, and it’s a brand-new fruited sour DIPA that was brewed with a lot of goodies: wheat, oat malt, and Citra, Galaxy, BRU-1 hops, plus raspberries, blueberries, peaches, and milk sugar. If you’re expecting something special, you’re correct. This 8% ABV brew is super thick in consistency, and its huge red colors boast its flavor.

Tomorrow night at Ardent Craft Ales, a custom Omega Yeast blend and traditional German hops come together to bring a brand-new collaboration brew. Ardent and Omega’s Hefeweizen release pours a hazy, pale straw color according to its brewers, and it’s got a high carbonation to suit its true Hefeweizen style. The German beers are unfiltered, and this collab hits in at 4% ABV to keep things light amongst its pear, banana, and vanilla flavors.

I’m a big fan of bananas in food, in smoothies, in beer, and in just about anything, so this one definitely sounds good with the combination of vanilla.

Have you been waiting for me to get to the events? Yeah, I have, too — there aren’t a ton this week while our local brewers are focused on doing their #1 job of bringing us new beers, but here’s one I’m definitely excited about.

The Goochland Flow Arts Festival is on its way throughout this weekend, and it’ll be full of stuff to do. Live music like The Fat Catz, Ryan Hearn Music, Dreaddy Bear, Sunrizen, Magnetite, and Buddagraph Spaceship (those are some truly out-of-this-world band names) will be going on through the festival, plus art workshops and fire spectacles with Komorebi Fire Arts.

Beer-wise, your faves at Lickinghole Creek Craft Brewery have you covered. The whole festival is being hosted at their brewery, which is on a gorgeous farm with plenty of room to host the happenings.

In more events, Triple Crossing Beer is hosting their summer edition of their Can Jam coming up this Saturday.

This time around, they’re partnering up with Threes Brewing again to bring the Brooklyn festival to the River City. The festival features cans from some of the best and brightest breweries around the entire country, so if you’re looking to get a taste of something you’ve never had before, now’s definitely your chance.

Over the weekend, Väsen Brewing Company dropped Another Otter. If you’re a fan of the Blood Orange San Pellegrino — which I think, honestly, every person in Richmond is — you’ll love this brew.

With generous additions of blood orange and tangerine, Vasen got some intense citrus out of this beer with its dominant flavors. The fruity sour has depth and complexity from its coriander and Motueka hops, according to its brewers, and a good amount of lemon and lime aromas to balance it all out.

For Virginia Craft Beer Month, Three Notch’d RVA Collab House is taking over Charlottesville. The best beers brewed in Richmond are making their way down 64 to the other Three Notch’d location, where you can grab a beer and a bite at the same time in Charlottesville’s Craft Kitchen and Brewery.

Some of the beers heading down the road are Saison Classique, a French Saison collab for the Red Paint beer weekend in town, Summer School, a NEIPA collab with the University of Richmond’s beer brewing students, Cherries Are For Lovers Cherry Gose, and Ocean Echoes, a Caribbean Wit made with coconut and pineapple.

Another one they’re taking down is A Little Dab of Honey, which is my second-favorite Three Notch’d release this summer because of its honey-wheat flavors and collaboration with Black Heath to brew it with 60 lbs of fresh, Virginia-made wildflower honey.

Last, but certainly not least, is my favorite of all — the Lush-ious Maple Brown Ale brewed up recently to celebrate the opening of Lush cupcakes (alcohol-infused desserts right here in Richmond). This brown ale was made with pecans and Grade A maple syrup to mimic a dessert, and also to make me get in my car and drive straight there for a taste because it’s all my favorite things in one beer.