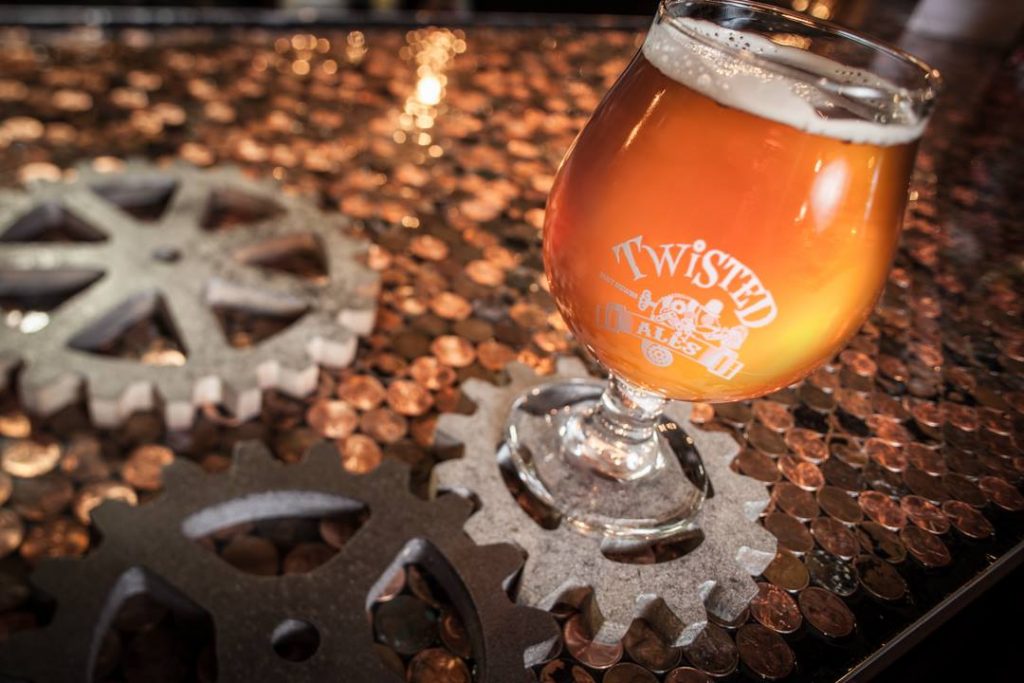 Sad news craft beer fans, one of Richmond’s breweries is closing its doors. Manchester’s Twisted Ales Brewing announced that their journey had come to an end, coincidentally on their one-year anniversary last weekend.

“Our adventures in the brewing industry have come to an end…Life has unexpectedly set the Price family on a new and exciting path taking us outside of the great state of Virginia. Raise a glass with us this weekend as we celebrate the good times we had together, the friendships made, and the worthy RVA causes we supported this year,” the brewery wrote on the Facebook event page for their anniversary celebration.

However, if you missed the celebration this weekend, don’t worry you still have time to raise a pint for them. Twisted Ales will remain open through the weekend during regular hours, according to co-owner Debbi Price, a California native who opened the brewery last June with her husband Jason, a homebrewer.

“We will be open Thursday through Sunday during our regular hours while we secure the sale of the brewery,” Price told RVA Mag in a statement.

During their short time here, Twisted Ales churned out some awesome IPAs like their Sleight of Hand IPA which mango and blood orange, a West Coast IPA called Magic Lantern, and my personal favorite, the Bang Up to the Elephant, a citrusy brew with pineapple and grapefruit.

As for the closing, Price said her husband Jason, who has more than two decades of experience in IT, has decided to take a job in Raleigh, North Carolina.

“When the opportunity came, we evaluated our lives and decided to take it. Although brewing is a lot of fun and we have met some great people and helped support some great causes in RVA, we were concerned that we were spending less quality time as a family with our two sons. My husband’s mother passed away a couple of weeks ago and it caused Jason to reflect on his life, in general. He wished he had spent more quality time with her before she had passed,” she said. “He told me, ‘I thought brewing beer was my passion, but my passion is really my family.’ The job offer came a week later. We felt forces were moving our lives in a new direction.”

But not to fret just yet craft beer fans, because Price said while nothing is set in stone, it looks as though the space will remain a brewery – perhaps even still called Twisted Ales with the same beers.

If you haven’t made it out there to try their beers yet, you have until the end of the weekend to head to Manchester and grab the remaining beer until the kegs are kicked. They will definitely be missed, but something tells me we will have no shortage of breweries coming in around that area.