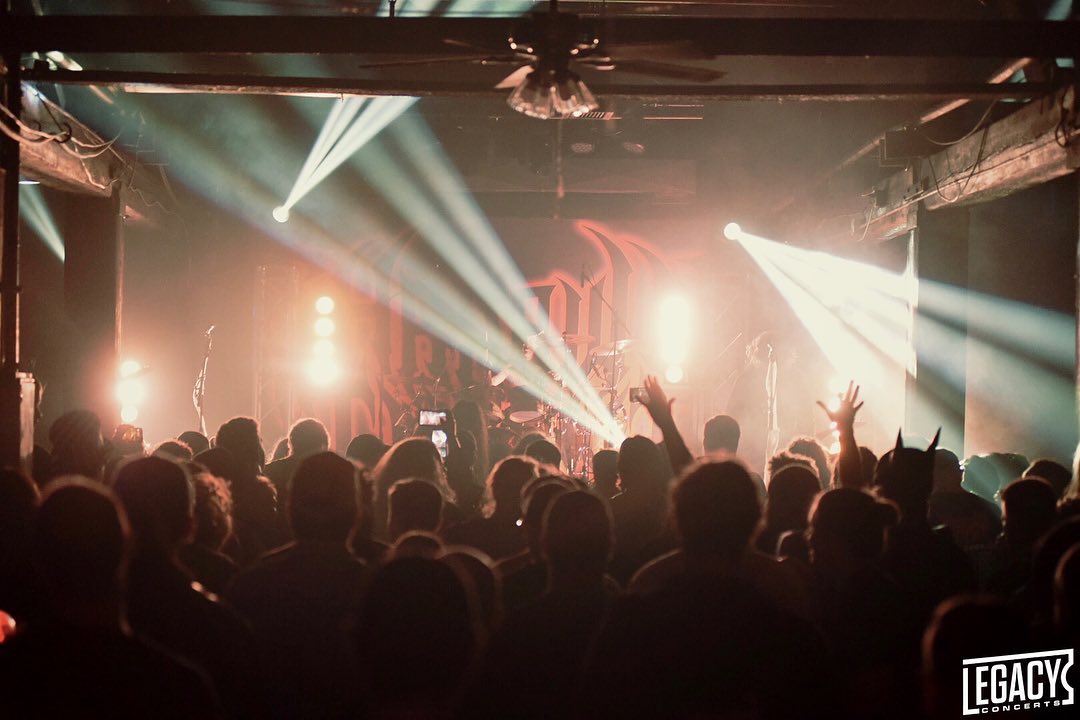 With that in mind, we’ve still got a lot to get through that I didn’t manage to cover yesterday. Let’s dive right in. And as always, hit me up at [email protected] if you think I missed any essential 2022 RVA releases. Try as I might, I can’t catch ’em all. But here are quite a few great ones I did find.

There’s a definite soulful streak running through the indie genre these days; here in Richmond, it seems likely that the influence of folks like Reggie Pace, Matthew E. White, and DJ Harrison is showing up. I’m not sure where Dhemo gets it, but his latest album is full of the smoothest, funkiest indie jams this side of Motown, and I for one am here for it.

Another rad indie-soul tune from Benet, who has become a mainstay in the Richmond bedroom pop world. It’s always great to hear. The way this one envelopes you in a warm electro-funk hug of a melody is sure to brighten up some sad lonely nights around the city. Remember, kids, you’re never alone when you’re singing along to a sad pop tune.

Deli Kings have been getting a lot of buzz around Richmond since the last year or so before the pandemic, but the leaps and bounds they seem to have grown since we all spent over a year trapped in our houses (and rehearsal rooms) are easily heard on the singles they’ve been releasing recently in preparation for their upcoming album. “Simma”‘s my fave of the three they put out in 2022, a sunshine summer jam that’ll brighten up even the dreariest winter day.

Drook, “She”
Life In Estates

OK, yes, I have talked this one up endlessly on this site over the past few months, but you’re gonna deal with it at least one more time because this is probably the best song I heard out of Richmond this year — in any genre. The lyrics contain a lot of emotional depth, and Drook frontwoman Liza Grishaeva delivers them with passion and energy overtop of an absolutely killer collection of riffs that are sure to get the whole room dancing. Seriously, you guys, if you only listen to one of these damn songs, make it this one. Fucking unmissable.

I dig the dream-pop vibes Strawberry Moon bring; I always have. The sound is more assured and fully formed than ever on their new album, Habitual Creatures, and this album closer has a charm and tenacity that makes it a particular fave for me. It never gets too loud or heavy, but you’re gonna find yourself thinking about it hours later regardless.

Spooky Cool have always been on the more mysterious end of the spectrum where RVA indie bands are concerned, but that just makes their somewhat unpredictable musical turns even more invigorating. “End Of Rage” contains some trenchant lyrics about the struggle to get by in our alienated 21st century economy, and features a rare lead vocal turn from second vocalist Paula Lavalle, who is if anything an under-utilized weapon in this band’s arsenal, if you ask me.

Sunshine pop vibes are big in Richmond this year, it seems — probably because we’re all just happy to be out in the world again. I don’t know too much about Colpa Mia, but I can tell you they definitely nailed that sunny pop vibe on this track from an EP they released just in time for summer and major river hangs. Perfect for blasting out of a Bluetooth speaker as you chill at Texas Beach.

OK, where the heck did this band come from? Seriously, I have no idea, and I don’t know who anybody in the band is, but I do know that when I checked them out in the course of writing a show column a month ago I was downright annoyed no one had hyped me to them before that. Killer 90s-style shoegaze alt-rock with commendable energy that shines brightly on this single from their out-of-nowhere awesome debut LP.

Halfcast is a name I’ve been seeing on local bills for years now, but somehow I never really gave their music a shot until this year’s release of their new full-length, Return. This title track really tickled my fancy, mixing an epic prog/post-rock feel with some killer alt-rock riffage that feels like they lifted the best parts of early Smashing Pumpkins and grafted them to an early Mars Volta chassis. I’m here for it.

Here’s a fuzzy little riff-rocker from a duo with major garage-rock leanings. They still manage to land just this side of the indie/punk divide on their debut four-song EP, though your mileage may vary on that one. I doubt you’ll disagree about how much fun this glory stomper of a tune is, though. Let’s rock.

I waited years for Blunt to release something that captured their live sound and made clear why so many Richmond indie heads were so stoked about them. This year, they did that, and in a big way. Boiler//Maker has a saucy energy and some sharp guitar riffs that bring the confrontational energy of the best postpunk. Early 80s NYC No Wave meets first-LP Interpol? Don’t mind if I do.

So Case Graham, a talented musician from Baltimore, moved to Richmond and recruited a band full of veteran local talents to create a new shoegaze project; that’s how Glossing came about. And if that backstory didn’t catch your attention, I’m pretty damn sure their debut single will. I just hope there’s more where this came from; I can only make it so long on a single song — even if it’s this incredible.

Prabir Trio, “You Won’t Have To Say A Word About Where You’re Going Tonight”
Hourglass Sessions live single

You can’t keep a good Prabir down, and sure enough, Prabir Mehta has returned from the pandemic fired up and ready to lay down some killer rock n’ roll tunes for us all, at the head of his latest extremely talented group of musicians. There isn’t that much to this one lyrically, but boy does it swing. You’ll be singing along by the second chorus, guaranteed.

Sometimes the maturation process for bands that start as teenage pop-punkers takes them in a decidedly snoozy direction, and I won’t lie — I’ve worried about Flight Club going down that road a few times over the past few years. Thankfully, their new single shows that the true rock hearts still beat within the chests of this fun-loving combo. At points, it even feels like they’re channeling Van Halen. And you know that’s always a good sign.

Should this track by Pedro Aida’s long-awaited star-turn project be here, or should I have saved it for the punk/metal/HC list coming next week? That’s a debate I’ll let other people have; for now I’ll just say that this is a classic slab of melodic, uptempo rockin’, complete with an incredible Sponge cover on the B-side, and anyone who has enjoyed the upbeat melodies I’ve shared elsewhere on this list will love what Pedro and the rest of ShotClock have going on here. Don’t wait for next week’s list — listen now.

There’s a little bit of pop-punk in Blush Face’s DNA as well, but the new EP sees them going in an almost girl-group direction, like Best Coast with a stronger inclination toward emotional balladry. “Flannel Shirt” is certainly not a ballad, but Allie Smith’s strong vocal delivery brings the torch-song energy nonetheless. Pull the car over to the side of the road and really let this one sink in.

Stoked at the arrival of new music from this band, featuring Michael Harl (Canary Oh Canary/Manzara) linking up with Kenneth Close and Keith Renna (both of Positive No) to create some more of that spooky epic postpunk Michael’s always done so well — now with intriguing dream-pop textures courtesy of Kenneth’s fascinating layers of synth and guitars. If the debut single is already this good, I can’t wait to see what might come next.

I don’t know if it’s fair to call this the real new Colin Phils EP, considering its lack of vocals and conventional structure. But ti’s worth hearing nonetheless. Totokon features two different instrumental tunes that bleed into one another, both of which are named after a flower that was a memorable sight in Colin Phils leader Ben Tiner’s childhood hometown. Both tunes are based around the same melody, but each has its own personality; I like the first one better, so that’s the one I picked for this mix. If instrumental post-rock mood music is your thing, you’ll probably enjoy both of these. Listen closely; let this one sink in.

Illiterate Light, “Light Me Up”
Sunburned

We’re still a few weeks away from the release of Illiterate Light’s new album, but we’ve been fortunate enough to have this jam to blast at top volume ever since last summer. It’s a driving rocker in the Illiterate Light tradition, one that probably hits me harder than anything the band has done before. If you’ve been holding back on these guys, now’s the time to go all in — this song is definitely a harbinger of even better tunes to come when Sunburned drops on the 27th. Get stoked.