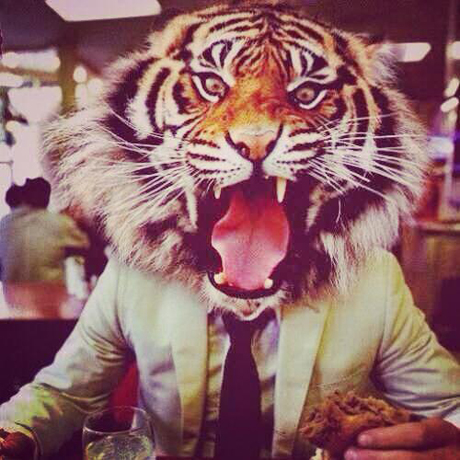 AFRO BETA
We want to thank WRIR DJ and social activist Mikemetic Kemetic for the absolute best night in town for afrocentric dance and world music. You can’t ask for a more beautifully diverse and fun crowd in Richmond. If you love live drums over party jams from all over the world, then come get it at the next Afro Beta party, happening at The Nile on the first Saturday of every month.

ANIMAL
The brainchild of Joseph Whitfield and DJ Connie Sue, ANIMAL produces queer-centric LGBT events to highlight their investment in emerging queer artists. Their last party at Strange Matter was a smash, and their ability to get wild transcends political agenda, so no matter who or what you believe, don’t miss THIS party.

GET RIGHT!
Happening at Starlite every Tuesday and featuring a rotating cast of DJs, including ADEN, MASS FX, PHENOM, Beat Down The Kid, and Bobby La Beat, this party is the only way to fight the Tuesday night doldrums. You ain’t got nothing to do on Wednesday, what are you waiting for?

REWIND
Bobby La Beat and J5k are reminding everyone what the 90s scene was all about at the New York Deli jam, REWIND. Who doesn’t bounce every time Biggie is dropped? Who doesn’t want to dance to Snoop Dogg tracks from before he was Snoop Lion? You know what I’m saying?

BUMP IN THE NIGHT
The three headed lady hydra of DJ Mixie, Sister Goldenhaze, and Area Woman hits Balliceaux every month and brings the hippest crowd in Richmond. Expect to hear soul, funk, gospel, disco, electro, hip hop, international punk, and garage vinyl in the back room while sipping on your cocktail.

SHORT & JUICY
Every Thursday is hip hop heaven at Sticky Rice, curated by the cat-loving Weird Sailboat of Steady Sounds fame. Get your sake bombs in line and start dropping them on your friends while getting all the grimy for the night.

HOODY WEATHER
If you like your nights with a side of twerkin’ and a bowl of bangers, then no one is doing it quite like Hoody Weather. Straight off the block, he is lighting up the RVA Party scene almost every night of the week. Check him out on Thursdays at Bellytimber, Fridays at Banditos, and Saturdays at Starlite.

DEEP CUTS
Every Saturday night, ADEN and Beat Down The Kid go deep into the crates and deep into the bass with DEEP CUTS, the window-rattling powerhouse dance party at Bandito’s. With visuals by Hoyt, there’ll be plenty to see, so for once you really can dance like no one is watching!

SOULPOWER
DJ Pari and Mr. Felty were the original vinyl-playing crew in Richmond, dropping old James Brown and funk tracks through out the night at Ipanema. They have since moved on to play shows all around the city and spread the message that good music is timeless. Look for them at Balliceaux, Weezie’s, Portrait House, or wherever else they can set up some turntables.

BODY TALK
If it’s funk, soul, disco, and electro you’re looking for, the Body Talk crew’s spinning the tunes for you! Playing strictly vinyl from every era of great dance music, DJ Mordecai, Sean Lovelace, Mike Murphy, and Tru Blu have got the sounds to make you get down. Their monthly parties at Balliceaux often feature guest DJs and always have the best dancefloor bangers.

#RICHMONDAINTSAFE
For the underground party ragers, there is no one getting twisted like the crew behind #richmondaintsafe. They are bringing a reckless aggression to the house party scene that hasn’t been seen since Audio Ammo’s Brain Drain heyday. Check out the video.