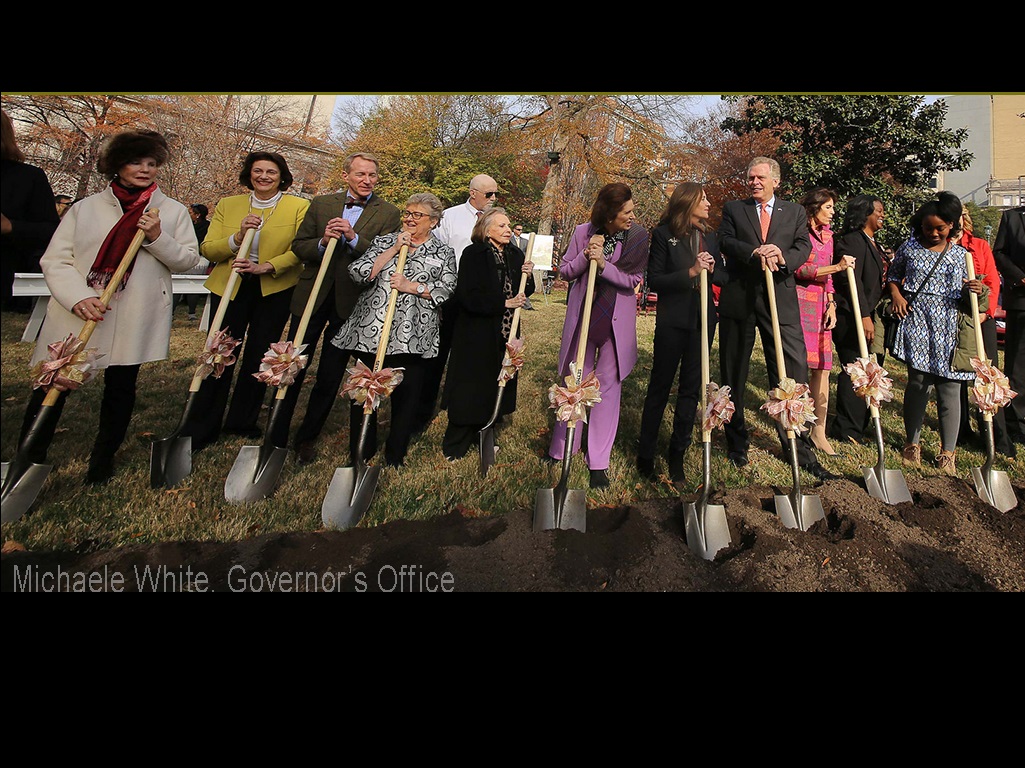 By planning the inclusion of slaveholders and Confederates in the Women’s Monument, Chelsea Higgs Wise states that Virginia is undermining what should be a triumph of inclusion.

It’s the 400th year since the first Africans were trafficked to the shores of Virginia, yet an unspoken power shift is quickly shaping our Commonwealth in the name of maintaining white supremacy. The 12 statues selected for the Women’s Monument are the latest examples of the way white women are tipping the scales of influence here in Virginia, just as they did in the 2016 election. If we are not careful, the work of the Daughters of the Confederacy will continue to sprout through their living descendants, to ensure that the Lost Cause narrative will be represented in both its masculine and now feminine form.

American Evolution is the leading platform holding the 400th narrative. They planned one last Hail Mary to engage the Black community, specifically Black women, by inviting Queen Latifah to Virginia. Having the Queen host the Women’s Summit, just one day after the ceremony for the Women’s Monument, is perfect timing for a system aiming to drown out the voices of resistance to adding more Confederate symbols. The Women’s Monument will be the 224th item in the state honoring the Confederacy, keeping Virginia at the top of the list for the most Confederate symbols in the nation.

Sandwiching egregious acts, such as planning these monuments between temporary celebrations of our current celebrities, seems on-brand for a state that declared 2019 the year of reconciliation and civility. As Virginia discussed our role in the exploitation of Black bodies over the last 400 years in order to form a more perfect union, establishing a standard of civility was critical for the continuation of respectability politics.

Honoring the House of Burgesses’ accomplishments in 1619, while attempting to not blame that same House of Burgesses for our current system of inequalities, has been the impossible balancing act for American Evolution. While creating the first legislative assembly in the United States 400 years ago, the men of Jamestown also constructed a system that depended on enslaving Africans for a thriving economy.

In Virginia, we are in the practice of avoiding the dynamics historically defined by race, while also ignoring the current hierarchy that enables the continuation of racial oppression.

As a result of failing to authentically integrate these stories, most Virginians have been barely involved in any events or conversations, and are loosely interested in the 400th anniversary conversation unless it came from the New York Times. American Evolution’s complacency in low engagement has allowed for decision-makers to organize large shiny events, checking off their commitment to democracy and diversity while avoiding the kind of uncomfortable and historic moments for change the Women’s Monument presents.

The performative efforts of platforms run by white leadership, like American Evolution, are not aimed at transforming the social hierarchy, nor at modeling equity within power structures. It appears that these marketing agencies are reconstructing what is supposed to be a new political narrative, but with the same broken pieces. Adding context to 100-year-old statues on Monument Avenue should not be given the same consideration as Virginia building new monuments to slaveholders in the name of gender equality.

The cherry on top is when Virginia sends a strongly worded recommendation, in the form of a resolution, that we should all react with southern civility while deliberating the last 400 years. The muzzle effect is activated among the progressive leadership, as these micro-aggressive symbols grow into a permanent symbol of macro-aggression on the lawn of our state Capitol.

The Women’s Monument Commission officially started meeting in 2011 . While there was much discussion of the development of the structure and the fundraising, little was noted about the discussion of the women chosen, and the potential narrative conflicts. The Women’s Monument Commission met four times immediately after the deadly attack on Charlottesville in 2017: September 14, October 3, October 10, and October 24 of that year (which was the last of the posted meeting minutes of the commission). There is no mention of any community consideration that would contextualize the time we as a commonwealth were — and still are — experiencing, regarding the trauma of Confederate symbolism.

Though a researcher named Crystal Rayle is helping us to move forward as an informed community, she provided us with the backgrounds of three women we should re-evaluate and pivot from, before the last statues of the Women’s Monument are built. She compiled documents for Clementina Rind, Martha Washington, and Sally Louisa Tompkins regarding their ownership of slaves, views towards slavery, treatment of the enslaved, and/or support of the Confederacy that should be considered as we examine whether these women should be disqualified, not from history, but from our Capitol lawn.

Our heroes shouldn’t share spaces of honor with their oppressors.

Just as many women of color are forced to stand in rooms today where their voices aren’t heard, their bodies are violated, and their narratives are twisted, so are our women heroes being forced to share their legacy with Clementina Rind, Martha Washington, and Sally Louisa Tompkins.

It shouldn’t be surprising that this week in Virginia hypocrisy, we are asking Queen Latifah, a Harvard WEB Dubois Medal Winner, to host the same platform that is honoring new statues to the confederacy. The artist of the forever classic “U.N.I.T.Y.” probably didn’t imagine progress looking like monuments to women who led the erasure of Black women. Our deletion in history books, as well as at the current-day ballot, cannot be cemented on the Virginia Capitol grounds again, 400 years later. Forcing our women heroes to share space with those who participated in our enslavement is not the definition of inclusion, it is an example of paternalism. But, it’s also the Virginia Way.

With just a few weeks left in the 400th year, we can only hope that Virginia gets out of its own way, and on the right side of history. Otherwise, Kehinde Wiley could create another piece to disrupt monuments to white supremacy here in Richmond, Virginia, the former capital of the Confederacy. 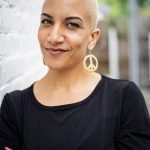