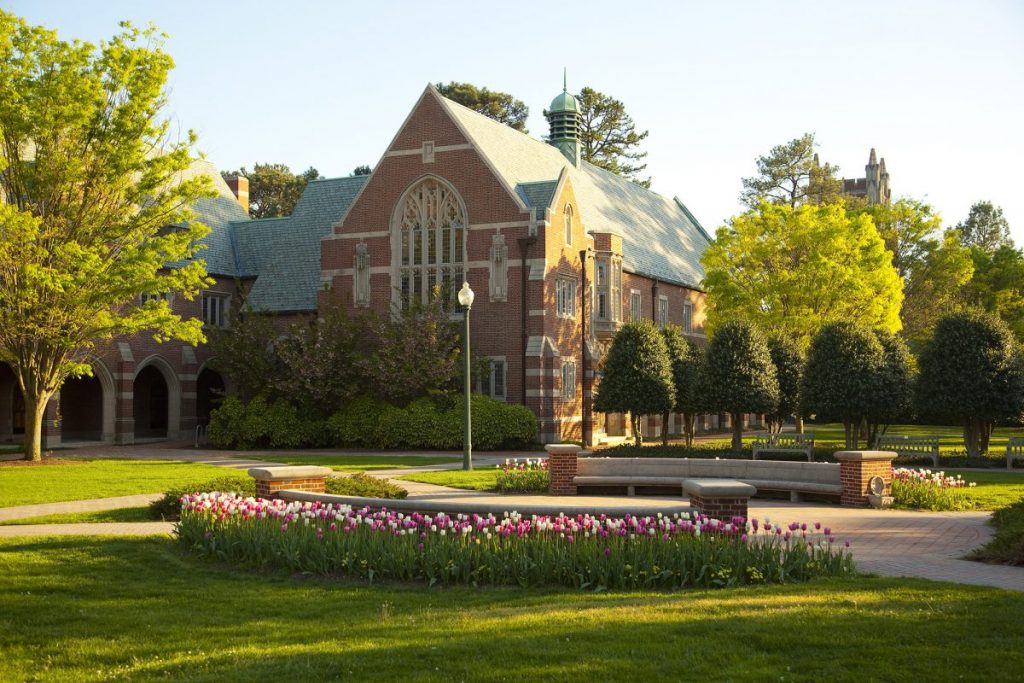 In the wake of last summer’s protests and the pulling down of Confederate monuments around the state, universities within the commonwealth are dealing with the remnants of the Confederacy and of systemic racism that remain on their campuses today.

Virginia universities in the former heart of the Confederacy are reckoning with their past as students, faculty and staff call for the removal of Confederate symbols.

Richmond housed the capital of the Confederacy from 1861 to 1865. Over 150 years later, remnants of the commonwealth’s Confederate history remain, including in academia.

At least 71 symbols of the Confederacy were removed from public spaces in Virginia last year, according to the Southern Poverty Law Center. That includes multiple renamings of public schools. Only one symbol was removed prior to the murder of George Floyd.

“When our public schools are named after individuals who advanced slavery and systemic racism, and we allow those names to remain on school property, we tacitly endorse their values as our own,” Northam stated. “This is no longer acceptable.”

Several months later, the University of Virginia in Charlottesville removed the name of Confederate soldier Henry Malcolm Withers from a law school building.

The College of William & Mary in Williamsburg approved the renaming of Trinkle and Maury halls. Trinkle Hall was named for former Virginia Gov. Elbert Lee Trinkle who signed Jim Crow legislation, according to the college’s board. Maury Hall was named for Matthew Fontaine Maury, who resigned his post as a U.S. Navy commander to join the Confederacy and helped it acquire ships.

The Virginia Military Institute in Lexington paid over $200,000 to remove a statue of Stonewall Jackson and relocate it to the Virginia Museum of the Civil War and New Market Battlefield State Historical Park.

Anthony Lawrence, an accounting major at the University of Richmond, is president of the Richmond College Student Government Association. He established a space for multicultural students in the student commons his freshman year and is currently working to remove Confederate symbols on campus.

The university has two campus buildings named for men associated with slavery and segregation.

Ryland Hall is named for slave owner Robert Ryland, the first president of Richmond College, the University of Richmond’s predecessor. Ryland also served as a pastor to the first African Baptist church in Richmond, according to the university. He called slavery a “divine right” and routinely enslaved and loaned slaves to others during his time as president, according to university researchers.

Mitchell-Freeman Hall was first named for Douglas Southall Freeman, who graduated from the university and served on the board of trustees. The university updated the name of Mitchell-Freeman Hall on Feb. 24 to honor former Richmond Planet Editor John Mitchell Jr. who was Black. Freeman was a journalist who advocated for segregation through “the Virginia Way” which suggests the elite have a duty to guide others, according to UR researchers.

“If they want to have the historical impact that they say they do, there can be more, much more, done than a name on a building to tell the historical story,” Lawrence said.

Lawrence suggested plaques that explain the buildings’ history to inform students without honoring Confederate leaders. The university also could require a course to teach about the history of the university and associated officials. There is currently no explanation for the building names on campus, Lawrence said.

“There’s nothing that’s really stopping them from changing the name except for their own, I guess, stubbornness,” Lawrence said.

“It can come to a head now because of the wonderful activism that we’ve seen in these past couple of years,” Lawrence said. “This past summer has really been an example of what can happen when we see change.”

Students formed The Black Student Coalition in March to advocate for the wellbeing of Black students.

Six percent of Richmond students identify as Black, according to the university. This makes Lawrence a minority student leader on campus.

“It’s exhausting but the work is rewarding in a way that I don’t think I ever would have known,” Lawrence said.

The board of visitors at Richmond-based Virginia Commonwealth University voted in September to remove Confederate symbols from campus. The decision came after more than three years of review.

More than a dozen dedicated spaces, memorials and plaques will be removed from both campuses, according to the university. The decision includes de-commemorating buildings with Confederate affiliation, such as the Jefferson Davis Memorial Chapel. Davis was the president of the Confederacy.

“The committee’s analysis revealed a more complete story of the meaning behind these memorials and commemorations that we can neither ignore nor celebrate and that impede our mission to serve all,” stated VCU President Michael Rao.

Washington & Lee University in Lexington is named for former U.S. President George Washington and Confederate Gen. Robert E. Lee. Lee was president of the college for five years and the name was changed to Washington & Lee upon his death in 1870. Lee is buried on the campus.

Some professors also favor changing W&L’s name, including Mohamed Kamara, an associate professor of French and Africana studies. Kamara has been teaching at W&L since 2001 and was a founding member of the Africana Studies Program.

Kamara was drawn to the university because of the physical environment and academic freedom the administration offered him.

“I am here because I love Washington & Lee, so that same love that I had for it when I first came here, I still have it,” Kamara said.

Kamara supports the student protests because of the effectiveness of protests in American history. He said the American Revolution was a protest of sorts where American colonists resorted to violence against Great Britain.

“Most of what has been achieved in terms of positive development have been done through protests,” Kamara said.

Changing the name of the university would harm no one, Kamara said. It would save Black students the trauma of dealing with the institution of slavery when they come across the university’s name.

“It brings that memory that is not pleasant at all,” Kamara said.

Black people still feel the aftereffects of slavery even though it ended in the U.S. over 156 years ago, Kamara said.

Washington and Lee were both slave owners, though Lee’s name is often the one brought up during renaming discussions, Kamara said.

“I believe that issue is going to come up,” Kamara said. “There was a time when nobody talked about removing Lee’s name.”

Kamara is fine with removing only Lee’s name, but he believes changing the whole name is an opportunity for the university to take an extra step.