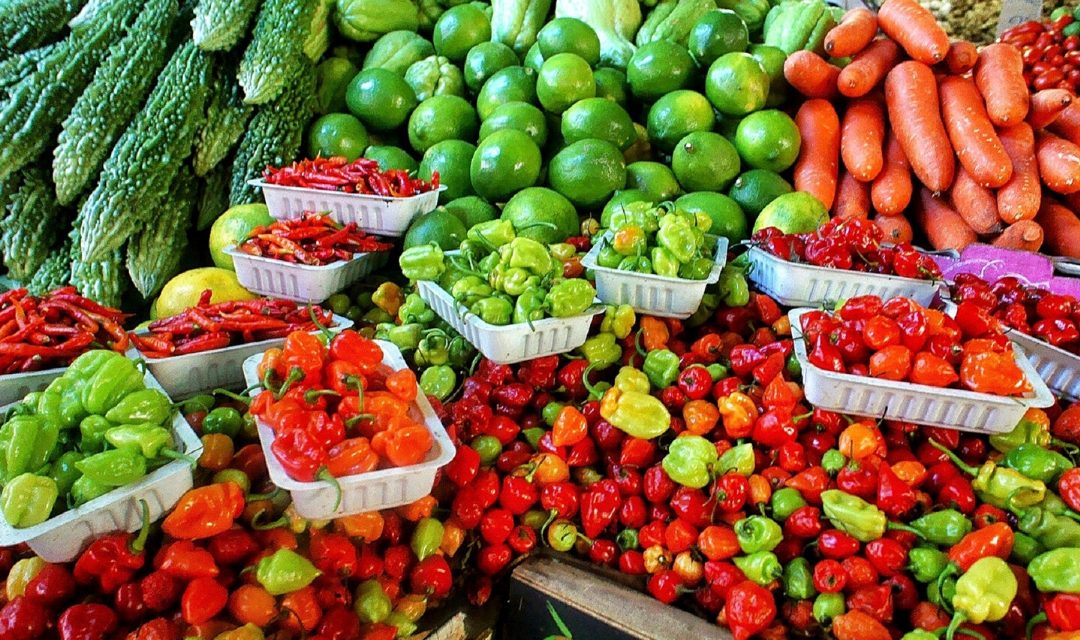 Return To Our Roots: How Farmer’s Market Vendors Prevail In A Pandemic

When grocery stores become a place of worry, Virginia’s local farmer’s market vendors are here to show how eating local can benefit us all.

Mark McIntyre, owner and head baker of Norwood Cottage Bakery, is no stranger to economic turmoil.

When the 2008 recession hit, McIntyre was working in advertising. At the time, he was baking only for friends and family, making cakes and breads for dinners and parties. But as the economic crisis got worse, McIntyre began reconsidering baking only for fun.

A friend emailed him about a new farmer’s market that was starting in Richmond, and suggested he participate. At first, McIntyre resisted. He didn’t have an industrial baking space, and couldn’t afford to renovate his kitchen to pass such an inspection. Then, as if it were fate, Sen. R. Creigh Deeds, D-Charlottesville, introduced SB272: a bill that created inspection exceptions for home bakers.

“I took that as a sign,” McIntyre said. “I knew someone who worked downtown at the General Assembly, so I sent some cupcakes to Sen. Deeds as a thank you.”

When he attended a vendors’ meeting for the upcoming South of the James Farmer’s Market, McIntyre solidified his decision. There were several home bakers there planning to sell cakes, but no one was interested in selling bread. The market had a niche he could fill. He researched how to make no-knead bread, and sparked the beginning of his dream.

“The first market I went to, I sold out,” McIntyre said. “When I started in 2008, I turned 50. It was an interesting thing; I discovered the passion of my life that I never knew was there. A couple years after I started, the people that worked with me in advertising and said, ‘You’re my hero, you did what I want to do. We all want to get out of advertising.’”

For years, McIntyre sold bread regularly at the South of the James Farmer’s Market in Forest Hill Park, and built a strong customer base of locals and college students. This year, McIntyre was anticipating another strong market season when the COVID-19 pandemic hit. Now, a majority of his customer base — college students — have gone home, and markets are being ordered to close.

“It’s not just an economic downturn,” McIntyre said. “It’s social, physical distancing, which is completely opposite of what the farmers market is about. It’s about community; seeing people and talking to them.”

Despite the hardships, McIntyre and other market vendors are figuring out creative ways to make it through.

McIntyre is still baking and selling breads, but at a discounted price. Customers can see his list of bread options on his website and pre-order via text or email. And luckily, South of the James has been able to keep business alive for their still-active vendors. Although no one can attend the market in-person, South of the James has received permission to run a drive-thru pick-up market. During the week, customers can make pre-orders directly through participating vendors. On Saturday morning, they pick up orders at the market.

South of the James was unable to provide a comment at this time. However, they regularly update their Facebook page with market and vendor information.

Penn Farm/Norma’s Produce is another participating vendor, run by former migrant workers for the past 18 years. They’ve been a market staple since 2011, and are offering various seasonal produce at South of the James and other regional markets, including Harvest Market at O’Connor Brewing Co. in Norfolk and the Williamsburg Farmers’ Market.

Leopoldo Beltran Jr. is the son of the farm’s owners, and he helps run the market side of the business. When the virus began to spread its way across the United States, he knew there would be impacts on the 2020 season.

“For the first two weeks, it was basically a waiting game to see what we could do,” Beltran said. “Luckily, our farmer’s market managers did what they could to set up with pre-order, drop-off, and drive-thru style markets. It’s really hard to organize as a small business to take more than just orders from certain markets, because it takes so much time away from keeping the rest of the business going. We really hope it’s not long term. It’s more work than it has to be.”

Filling pre-orders takes away from important aspects of work on the farm, like planting and weeding. It stretches the staff thin, but they’re satisfied being able to sell produce at the market at all. They also are happy for the opportunity to continue satisfying their regular customers, and hope to attract new customers as well — such as people that might be reluctant to shop in grocery stores.

They aren’t the only vendors banking on that idea. Cavalier Produce, a local wholesale vendor that stocks Richmond-area restaurants, is now offering produce on an individual consumer basis. They’ve discovered that many of their new customers are those seeking to avoid shopping in grocery stores.

“We have direct customers calling us, we have people who prefer local over other no matter what, and we service them,” said Denise Yetzer, president of Cavalier Produce. “We have customers calling us who are in a high-risk group that don’t want to go to the grocery store, and we’re helping them learn about buying locally and supporting local business.”

To help educate customers, Cavalier Produce provides a list of their local suppliers on their website, and are constantly building and expanding that network. They also have a list of available products and are in the process of making an online ordering system.

Everyone in Virginia’s local food production industry has had to be creative in providing goods to customers. Local artisans are no exception: Mary Murphy, the owner of Wandering Cow Farm, said she has switched from doing mostly wool-felting — a profitable business during market and festival season — to making soaps that customers have more need for during the pandemic.

For those interested in purchasing soaps or custom-made felted wool products, customers are currently able to go on the farm’s website or email Murphy directly. She’s also participating in St. Stephen’s grab-and-go Farmer’s Market and South of the James market.

Even after the worst of the pandemic passes, Murphy is anticipating longterm changes to vendors’ business models, including her own. She is hopeful, however, that this virus will result in more people shopping local and buying locally-made products.

“I think it’s going to be a new normal, and your business has to change to suit that,” Murphy said. “I think there are immuno-compromised people who, from here on out, will have to think twice about going into large groups of people. To serve them, and the public, is taking that into account.” 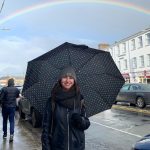