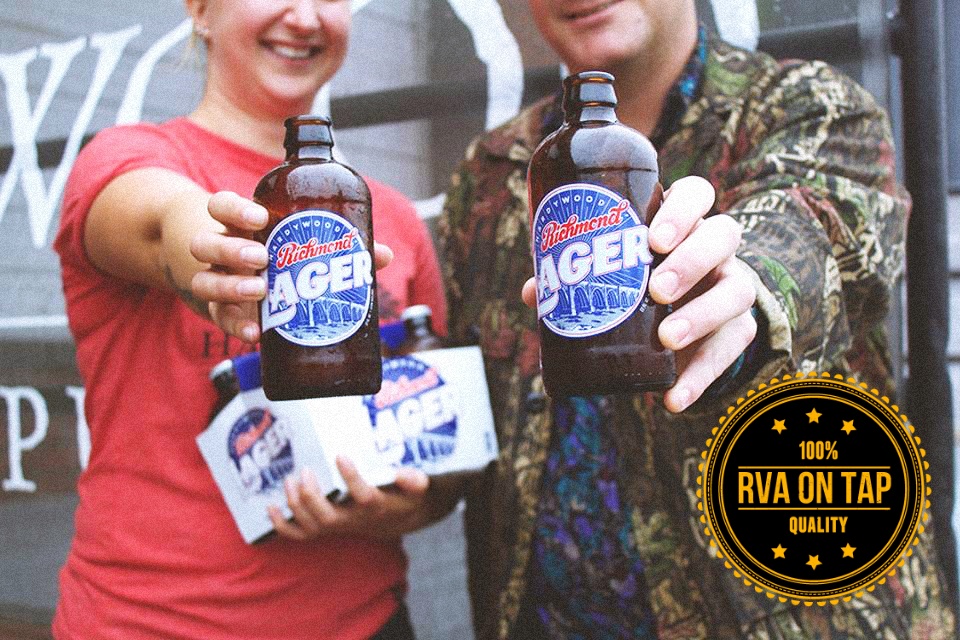 This is an extra-special week because it’s both my 25th birthday week (happy bday to me!!!) and it’s the week of more dog beer events (!!!) These couldn’t have come at a better time. Hope to see you there!

We’re set up for all the good dog-lover events, with Lickinghole Creek Craft Brewery’s Rescue Dog Olympics on Saturday after the Strangeways event started the pup themes last weekend. Lickinghole Creek is inviting the entire community out to celebrate the joy that rescue dogs have brought to their lives — my rescue pup included — in a competition that lets all pups participate, no Westminster required.

They’ll also have dogs for adoption looking for homes, so if you’re looking for a new addition to your family, now’s your time to shine. With a costume contest plus more like Best Kisser, Best Trick, Simon Says, Fido Fetch, and a Frosty Paws eating contest, the brewery will keep you busy… and for the less-talented pets like my own, they’ve even got a goofiest photo contest. You’ll probably catch my Bagel in a top hat in there.

Keeping with the theme, Ardent Craft Ales is hosting Barkitecture on Saturday. In their third year, they’re raising money for animals in need in a day of paws and pints. Instead of a pup competition, this one has humans competing in who can build the coolest custom dog houses and kitty condos. They’re all built by your favorite local creators, so make sure to vote for your favorite Richmonders at the event.

With proceeds going to local animal shelters, you’ll get to drink happy and hit up the pet photo booth, face painting, games, raffles, and more.

Our favorite people over at Hardywood have a special week coming up, too — with three days of releases all weekend! They’re starting off on Friday with their Pineapple Great Return can release, and it’s “incomparably bright,” according to the brewers. The 7.8% ABV brew is a West Coast-style IPA, blending the citrus and the tropical in a perfect summery harmony.

The next day, they’re dropping their Belgian-style Peach Tripel, an 8.2% ABV that’s packed with yellow peaches and apricots to complement smaller notes of honeysuckle and white pepper. Finishing out the weekend on Sunday is a different flavor profile with their Cream Ale with Salt & Lime can release. I’ve never had a Hardywood beer I didn’t love, so the smart money says that this whole trio will be delicious.

If you missed Fine Creek’s Wild & Weird Festival, you can hit up Strangeways this weekend for a similar gig. Their Sour & Wild Beer Festival is happening this Saturday, filled with over *twelve* new Strangeways beer releases, plus some oldies but goodies. The new brews on deck are consistently huge crowd favorites, according to the brewers, and the festival is set to be the unique-beer drinker’s wildest dream. Cheers!

At Final Gravity on Friday, Aurora Double IPA is returning to the brewery. This citrusy-pineapple beer has a hazy glow and a fruity aroma, and it’ll “transform your most hectic days into blissful ones.” Who doesn’t love the sound of that?

Also this weekend, Final Gravity’s throwing their Cinco de Mayo fiesta on Sunday with authentic Mexican street tacos, tortas, gingas, and more with homemade tortillas and sauces. Come out and celebrate the right way, with cold beer and the best tacos in town.

Have you been missing the amazing deck at The Answer Brewpub? We have, too, and it’s the perfect time of year to get back outside and drink with one of the nation’s favorite breweries. This week at The Answer, you can catch new releases like I’m Rich Years Old, a Helles Lager, and Drinking Out of Cups IPA which hit in at 5.25% ABV and 6.0% ABV, respectively, and are already available. By tomorrow night, you can also catch their new Work Friends DIPA (8.0% ABV), a collaboration with Dancing Gnome, and on Saturday they’re dropping Is It Chill If I Chill Here IPA (5.6% ABV) — and if you haven’t seen the video this is referencing, good lord, please go watch it. It’s the best I’ve seen this year, imho. The Answer’s got a solid sense of humor, y’all!

Happy May! Väsen Brewing Company is kicking off their Saison month today with rustic beers and delicious varieties to start the season right. They’ve got four beers to release, starting with Vårsol, a barrel-aged brett Saison that’s dry-hopped with Vic Secret and Motueka hops.

Next up is Gidá, a barrel-aged sour recipe to go with Celeia, their rye Saison made with Motueka and Styrian Celeia. Last but not least is Solbaer Blackcurrant Saison, brewed special with Spelt and then conditioned over hundreds of pounds of Blackcurrant fruit. Can you say yum?

Isley Brewing Company’s spicing things up. If you’re a fan of the heat, they’ve got you covered — this jalapeño-infused Pilsner was created for Cinco de Mayo and brings some non-traditional flavors together for the holiday. I’m big on the peppers for eats (if you haven’t tried Jack Brown’s jalapeño-cream-cheese burgers, you need to get on it) but have never seen them used in a brew before. I’m all for this spice, so I’ll definitely be giving this guy a try when the opportunity presents itself.

Toward the end of last week, Garden Grove Brewing & Urban Winery released their Superstitious Sour. This 5.8% ABV Belgian Sour has some *seriously* awesome flavors, like Lemon Verbena (my absolute fav) and Lemongrass. Its “delicious, citrusy tartness” is preceded by a mellow, bready beginning before its big-flavored finish. Head out to Garden Grove’s patio to soak in the beautiful weather with them and give this unique recipe a taste.

Another special release happened over the weekend, with our friends over at Triple Crossing Beer. Less than Alone was brewed with Ethopian Yirgacheffe Boji coffee from Blanchard’s Coffee Roasting Co. to create this 100% barrel-aged vanilla stout. It’s also layered with dark chocolate, apricot, and lemongrass flavors imparted from the whole bean coffee. It only came out in Fulton, so to my East End friends, go get one while you can!

Did you make it out to Something In The Water last weekend? If you didn’t get a trip to the beach but you’re still itching to get out of town, head over to the Mariner’s Craft Beer Festival in Newport News this weekend to get tastes of great brewers from around the state. Some of my personal faves on the list, and names we don’t hear as much in RVA: Devil’s Backbone (my very first craft beer love), Alewerks, New Belgium, Starr Hill, and Larry’s Lemonade. By the way, if you’ve never tried Larry’s Lemonade before, you are Missing. Out. Bigtime. We got the pleasure of trying these guys out at the NASCAR race recently, and it’s ridiculously good — I recommend mixing their 2 main ones together. Trust me, it rules.

Three Notch’d is hosting a collab with The Byrd Theatre and Science Matters next Tuesday with the Film & Fermentation Beerfest. The event is set up to teach drinkers the ins and outs of the beer-making process, and all the science that goes into it as well. They’ve also brewed a special beer for the theater’s 90th anniversary so we can all celebrate our favorite movie spot in town. Long live the Byrd!

This weekend at Castleburg Brewery and Taproom, the winner gets the booty in the war. You’re the winner this time around, and the booty is To the Victor Gose the Spoils, a strawberry-lime gose that was inspired by Cinco De Mayo. Head over Friday evening to get a taste of the gold.