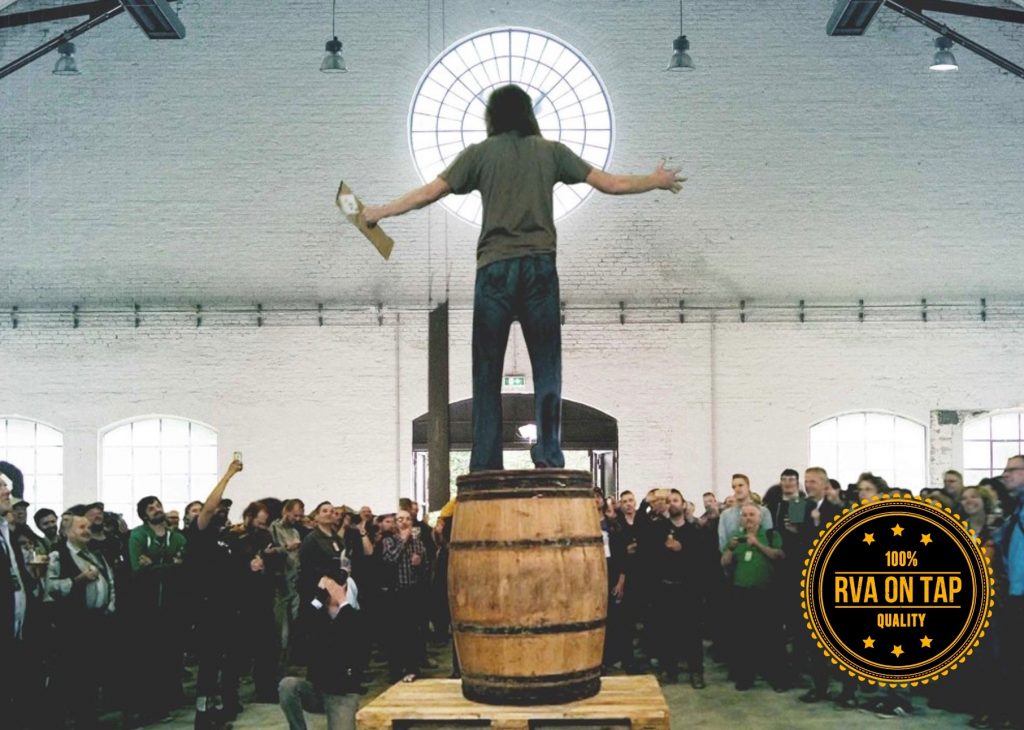 Last week, we were so packed with events we couldn’t pick which one to go to. It’s keeping up this week, with Stone Brewing’s founder in Richmond set to after-party at River City Roll following his movie premiere (yep, you read that right) at Bow Tie Cinemas here in town. We’ve also got dog-lover events with Strangeways, the return of Richbrau Brewing to Richmond in Shockoe Bottom, and lots more to keep your week full.

Did you have a good Easter? Our own freshly 25-year-old Legend Brewing Company did, along with lots of other great spots around town. Last year, I spent my holiday in Richmond, Easter Beer Hunting around alleys in town, collecting hidden beer cans and hidden treasures for my first time partaking in the small local tradition. This Easter weekend, I got to visit a few awesome spots down home like Big Lick Brewery and Olde Salem Brewing Company for some tasty Appalachian brews with the fam. Here’s hoping all of you had a great spring weekend in RVA, and we’ve got plenty more to make sure you keep the party rolling into the rest of the month.

In event news, Stone Brewing Company’s founder, Greg Koch, is the star of a new documentary called The Beer Jesus From America. The film follows Koch’s journey taking Stone outside our nation’s borders, as it became the first independent American craft brewer to build, own, and operate its own brewery in Europe.

The event is going down tonight at Bow Tie Cinemas, with a pre-mixer at Movieland at 6:30 and an after party across the street at River City Roll. Greg and Matt Sweetwood (Stone Director) will be out at the event, and you can even grab special tastes of Berlin brews at the afterparty. As they say, this one’s not to be missed!

Finally! Richbrau Brewing Co. is coming back this summer, the OG Richmond brewers (even before Legend) who operated down in Shockoe Slip back from 1933 until 1969, and again from 1993 until 2010. The revival is music to our ears, and it’s coming back to its Shockoe neighborhood that it once called home. The new spot is set to open this June — and with a location down on South 20th street right by Canal Walk, it’ll be even better than before.

If you’re ready to jump into a big blue pool now that the 80° weather has finally come, you’re not alone. Final Gravity Brewing Co. is dropping their Splashdown Double IPA to cheers the new season, with bursts of grapefruit, citrus, melon, and lime. It’s brewed with Citra and Apollo hops, but according to the brewers, it drinks nice and smooth with its finishing flavors. This 8% ABV will definitely get you river day ready, and it drops this Friday morning.

Out at Fine Creek Brewing Company, a Dark Sour with Cherries came to the taps over the weekend. This cherry pie brew brings out the bright and tart tastes of the classic dessert, and aged in bourbon barrels, it was refermented with sour cherries to get the perfect balance. It also packs some acidity with light notes of chocolate and dark fruits that come in at 7% ABV for the sour. Get ‘em while they’re cold!

Triple Crossing Beer also had a release on Friday, a surprise crowler made with “assertive” amounts of Citra, Mosaic, and Simcoe hops. Fierce Abandon, a 5.5% IPA, has some less-seen fruits like apricot and ruby red grapefruit to complement its clementine oranges.

In more events, tonight you can head out to Hardywood West Creek (one of my personal favorite brewery locations in the Greater Richmond Area, btw) to check out the Richmond Symphony playing live in a concert hosted inside the massive modern-farmhouse building. Richmond Symphony does a lot of really neat events around town, and they’re the same people bringing you the Star Wars: A New Hope symphony concert!! — how cool — on May 4. That’s one you definitely won’t want to miss, either!

Down at Strangeways Brewing this weekend, a few special things are happening. On Saturday, they’re hosting Groove Fetish from North Carolina in a free show that combines “driving rhythms, seductive melodies, and incredible solos with flavors of rock, fusion, funk, and progressive.” Top that off with soulful vocals and some powerful harmonies, and you’ve got Groove Fetish.

On Sunday, head out for their Bow Wow Meow Luau at the brewery. With beers, dogs, food trucks, pet vendors, prizes and more, they’ve got everything for you and your best four-legged pal to close out the weekend together. The event supports the local animal rescue community, so you can drink happy knowing you’re helping pets across the area find good homes.

Before you take your pup out for the day, be sure to swing by Stone Brewing Richmond for another event of theirs this week, their Farmer’s Market in the morning. They’re hosting yoga with RVAbrews to start off the day, then brunch with Ita’s Food Truck to complete the perfect start to your Sunday.