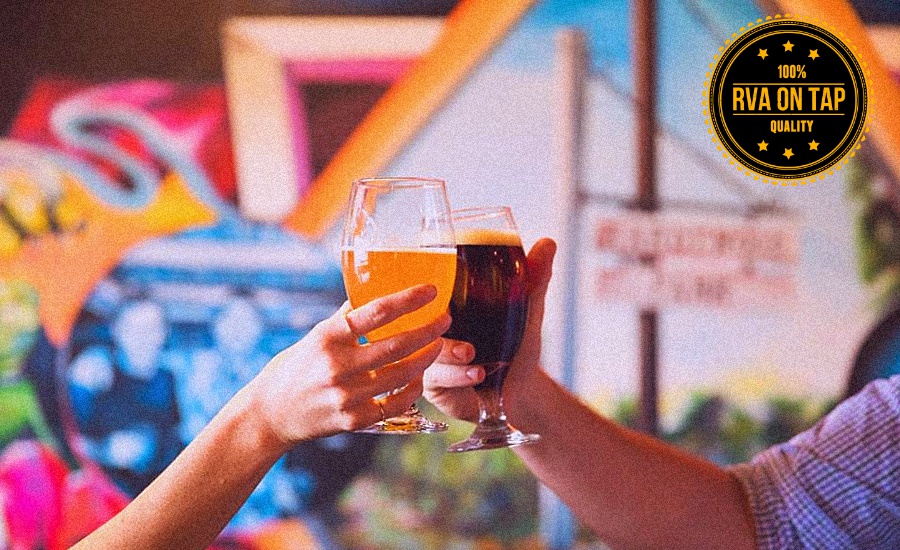 This week, we get to vote on our favorite local breweries (only until tomorrow!) and check out a few new releases coming up. We’re off to a slower week to follow up on the last one, which was totally packed with events, and some awesome tastes this time to keep rolling into the warmer weather.

Before we jump into the goings-on of the week in beer, head over to NBC12 to vote for your favorite local breweries in their Brewery Bracket. This is a really fun way for the drinkers of the city to give their input back and vote for the ones who they keep coming back to — it’s honestly hard to pick between a lot of these choices, but voting ends tomorrow night, so make sure to hop on it while you can!

Happy 4th birthday, Black Heath Meadery!! Come out and celebrate all weekend long, hosted at The Hive in Scott’s Addition. They’ll be featuring special mead releases every day, starting Friday off with a Bourbon Barrel Aged Sour Cherry with Vanilla mead, which just in its own name sounds absolutely mouthwatering. Following up on Saturday, grab a taste of Black Heath’s ZZQ Smoked Pear Cyser, and close out the weekend’s events with their Barrel Aged Ginger Lemongrass Cider on Sunday.

In new brews this week, check out Isley Brewing Company’s Pineapple IPA that’s dropping for their weekly Infusion Friday. It comes along with many in the season of fruity-IPA’s, and we’re stoked to see more of these coming out around town. Isley will be hosting the release at their spot in Scott’s Addition with the Right On Time Mobile Diner, so check it out if you’re feelin’ fruity (aren’t we always?) and taste one for me, too.

Head over to Richmond’s sweethearts on Saturday for the release of Bourbon Cru. Hardywood is dropping this bad boy with its rich mahogany color this weekend, and it’s brewed to mimic the fashion of the revered monastic breweries of Belgium. After months of barrel-aging, according to Hardywood, the “maturity and melding of flavors” that’s brought on by the freshly-drained bourbon whiskey barrels “lends an extraordinary sense of harmony” to this special beer.

For flavor, you’ll get a lot of tastes of almond, toffee, and oaky vanilla with hints of dark cherries and raisins, with caramel overtones to top it off — and as usual, me drooling at my keyboard while I write about it. Holy yum, y’all.

If you’re looking for fun on a weeknight, head over to Champion Brewing Company tomorrow for the Untz Festival Richmond Pre-Party featuring Secret Recipe Music. You’ll also catch the Wormhole Music Group and Mister Jennings, Richmond’s “sherpa of swing” according to Champion. They say you should come prepared to get absolutely-down from the moment the doors open, so make sure to pregame and get the fun rolling on before you walk in for an instant party. The whole show’s put together by Ebisu Sound and Home Bass, and it’ll be an awesome spot in a series of events at Champion over the season. Get your jam on, Richmond!

Over the weekend, Garden Grove had several releases that you’re definitely gonna want to try. Fruit Bomb IPA is first up, and this blend of Citra, BRU-1, and New Zealand Rakau hops is packed with spring fruitiness and wild yeast. To offset the warm weather brews, Garden Grove also dropped a Chocolate Imperial Stout to bring in a rich flavor with its real-chocolate flavors and Sumac Berries. It’s full of complex tastes that bring out a long, chocolatey finish, so if you’re hanging on to winter this one’s for you!

Earlier last week, The Answer Brewpub dropped One Beer, a collaboration brew with Black Ninja Design and 8Bit Adam Kaufman. This one was brewed up with hops like Motueka, Falconer’s Flight, and El Dorado — and like always at The Answer, it comes in a badass glass. Also like always: the good ones go fast! So make sure to swing by and grab a taste of this One while you can.

Also over the weekend, Fine Creek Brewing Company had a special release for their Friday Beer Feature. This New Zealand Saison comes in at 6%, and it’s dry-hopped and made with a house Saison yeast as its base to bring out its lemon-lime, zesty smells with its fruity ingredients. It’s also boosted with pear flavors from the yeast with layers of tropical fruit, and it’s available out at the brewery on tap, in Growlers and in Crowlers.

Last year, “with nothing but good spirits and an old van,” the folks behind Canon and Draw made a personal pilgrimage to ol’ Frankfort, Kentucky to retrieve some gold: retired barrels from the Buffalo Trace Distillery’s finest reserves, from a special friend of the owners. From those barrels was born Le Confort Du Vide, C&D’s American Barleywine that was made in just one barrel of the adventure’s haul — and it’s been sitting quietly for over a year waiting to be freed. They made it special for their first anniversary, and its tastes sound like a dream. Brown sugar, vanilla, and bourbon blend with layers of caramel in this birthday brew that even out each taste to complement the gentle bitterness of its American hops. With a “pleasant warmth,” this one-time-recipe celebrates the warmth of the season alongside the warmth of celebrating your first trip around the sun. Congrats, Canon and Draw!