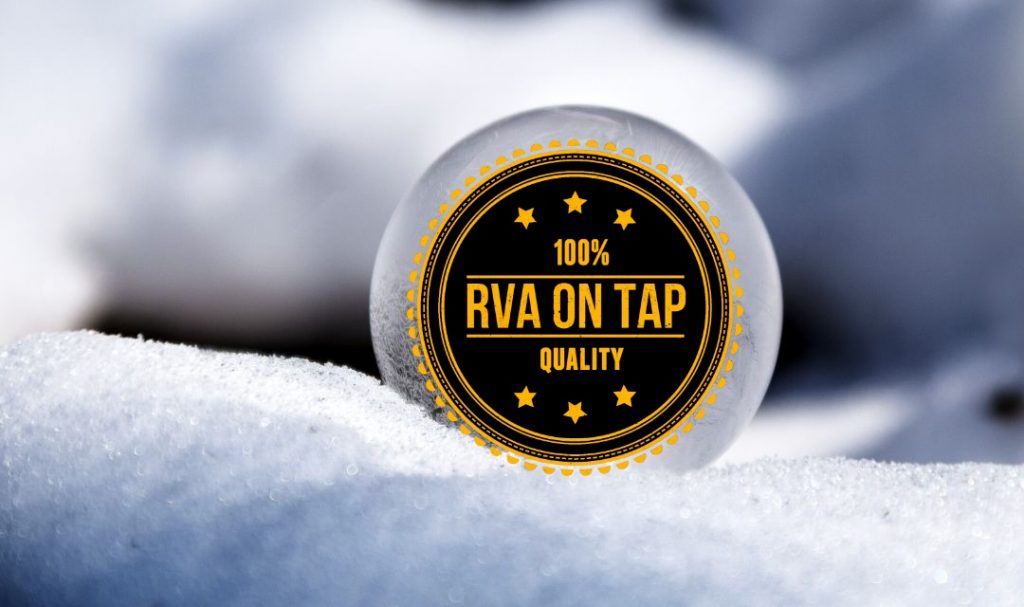 This week, our local beer family brews up a new recipe in honor of Garden Grove’s late owner, Mike Brandt, and more new releases hit the taps in town. Final Gravity and Väsen Brewing Company team up for a collab can release, and The Veil Brewing Co. hosts Other Half Brewing Company straight out of NYC. A brand-new hard seltzer comes to Intermission Beer Company, while Altbiers and Stouts are fresh at Ardent Craft Ales and Triple Crossing Beer. Don’t miss Booze Clues live at The Dark Room, plus a lavender-honey mead at Black Heath Meadery and Lebowski Fest at Center of the Universe Brewing.

Before we jump into what’s new this week, we wanted to note that something great is brewing among Richmond’s finest craft beer family: a new beer in honor of Garden Grove Brewery and Urban Winery’s late owner, Mike Brandt. This one is coming together over at Hardywood Park Craft Brewery, and it’s made with love from many of our favorite folks around town. It’s not ready to hit the taps just yet, but keep an eye out for it, and we’ll make sure to provide you with all the details when it’s available. All our love to Garden Grove!

In more local collaboration news, this fan favorite is making its way back to Final Gravity Brewing Co. and Väsen Brewing Company tomorrow night. Hyperborean Galaxy, a New England Double IPA, is returning in cans in all its imperial glory. It was brewed with Galaxy, Citra, and Mosaic hops and used the signature kveik New England DIPA recipe from Väsen.

Hyperborean Galaxy came out along with The Velvet Walrus, which also released in cans as another collab between the two local favorites. The Walrus is a velvety-smooth milk stout, according to its brewers, and came together with the delicious combination of cinnamon, vanilla, and local coffee beans from Rostov’s right here in Richmond. Look out for these two this week, and swing by the brewery for a can of your own.

Other Half Brewing Company comes to The Veil

The Veil Brewing Co. is bringing the big city to Richmond. Other Half Brewing Company, based in New York City, is heading to Scott’s Addition next Tuesday for a Tasting Room Remix you won’t want to miss.

You’ll get to try plenty of brews fresh from The Big Apple itself, with Other Half’s latest on tap at the brewery and to-go cans to bring them home with you. Other Half’s Co-Founder and Head Brewer, Sam, will be in town as well to hang out with Richmond’s craft beer lovers and get to know the River City.

The pop-up is continuing on January 15 at The Veil’s Norfolk location, too, so our Virginia Beach folks can share the love.

If you’re among the crowd that’s looking to start the year off a bit healthier, Intermission Beer Company has you covered. We’ve seen the rise of White Claw over the last year — in many cases, actually selling out at gas stations and grocery stores across the country — and craft breweries are starting to create their own seltzers to throw a dash of local recipes into the mix.

Intermission’s Raspberry Hard Seltzer is just the thing: the clear, low-calorie, low-carb, gluten-free drink that many folks are looking for in their after-work alcohol these days at the top of the year. Along with other favorites like Hardywood Park Craft Brewery’s Suncrush series that released last year, these lighter brews are a great way to drink happy without all the full feelings of the heavier beers we know and love. So if you’re keeping things light but still want to enjoy a drink at your favorite local spots, you no longer have to choose between the two. Intermission’s Raspberry hits in at only 5% ABV, with the perfect fruited flavors to await warmer days and a brighter feeling to seem like they’re already here.

Our favorite local podcast is back! Booze Clues is hosting another live recording of the podcast at The Dark Room at The Hof this Sunday, so put this one on your calendar — it’s worth the trip to warm up a cold Sunday night with plenty of jokes and comedy.

If you don’t remember from the last few episodes, Booze Clues hosts comedians, podcasters, and performers to “investigate” the world’s most spirited booze-related news headlines together. They dive in to tell us of all the drunken crimes and debaucherous activity from around the world each episode, with stories like “Elbow Drops of Jesus,” the “Naked Clown Frogger,” “Aerodynamics Of A Nissan Versa,” and more… and if you’re feeling as curious as we are about what happens when a Nissan sedan goes airborne, you can check out past episodes of the podcast here to gear up for the next show on Sunday.

Lebowski Fest at Center of the Universe

This Saturday, Center of the Universe Brewing is hosting their Lebowski Fest — a day full of awesome food trucks, music, and all their Lebowski-themed beers for a day “of dudelike proportions.”

Along with the Freekin’ Rican food truck and live music from The Royal We, COTU is celebrating all things Dude with all of their best brews from the series inspired by the cult favorite. If you somehow haven’t managed to get a taste of them yet, you’ll get the opportunity again to try El Duderino (the White Russian Stout), The Donny (the Southern English-Style Brown Ale), The Jesus (the Imperial Mexican Hot Chocolate Stout, and my favorite among the series), and The Brandt (the Imperial Stout). They’ll have taproom favorites and plenty of eats and entertainment, so if you’re looking to brighten up your Saturday with the spirit of The Dude, make your way up to Ashland and pay the fine folks at COTU a visit.

Altbier is fresh at Ardent Craft Ales this week, and you can catch its release tomorrow night at the Scott’s Addition brewery. With a malty base and clean finish, this brew comes as a traditional German recipe that pours at an easy-drinking 5% ABV.

In more news from Ardent, the local spot is heading out of the cold and into the sunny city of Miami, FL on January 11 for the Juicy IPA & Sour Beer Festival hosted with Brewed Events. This festival brings together breweries from all around the nation, with 30 different spots joining up to celebrate the best craft brews. While we’re too far away to celebrate with them, we’re wishing all the best to Ardent as they embark on their journey down the coast to show Florida what Virginia brewing is all about.

Fresh at Triple Crossing Beer this week, Slow Descent is the heavy stout of your dreams — and it pours jet black like the coffee it was brewed with. Coffee isn’t the only flavor you’ll find in this one, either, as it’s packed with 62% private select dark chocolate to complement its black malt-roasted tastes.

At 7.2% ABV, Slow Descent is on the lighter side of stouts, which means you can drink happy knowing you’ll get to enjoy it and probably still drive home after (and if you lean toward one of their higher-alcohol brews, Uber is your friend, folks. We’re staying safe and smart in 2020). This one is a “full-on expression of carefully-chosen British roasted malts,” according to Triple Crossing, and it was created for those who want to keep this dark, delicious goodness all to themselves.

Our friends at Black Heath Meadery have something fresh on tap this week, with their Lavender Reflection at the meadery. This recipe combines the fruity with the floral, bringing tangerine and lavender together along with local honey to soothe the winter blues. If you’re craving a glass, be sure to head to Black Heath to try it while it lasts, because this one is available on tap only.