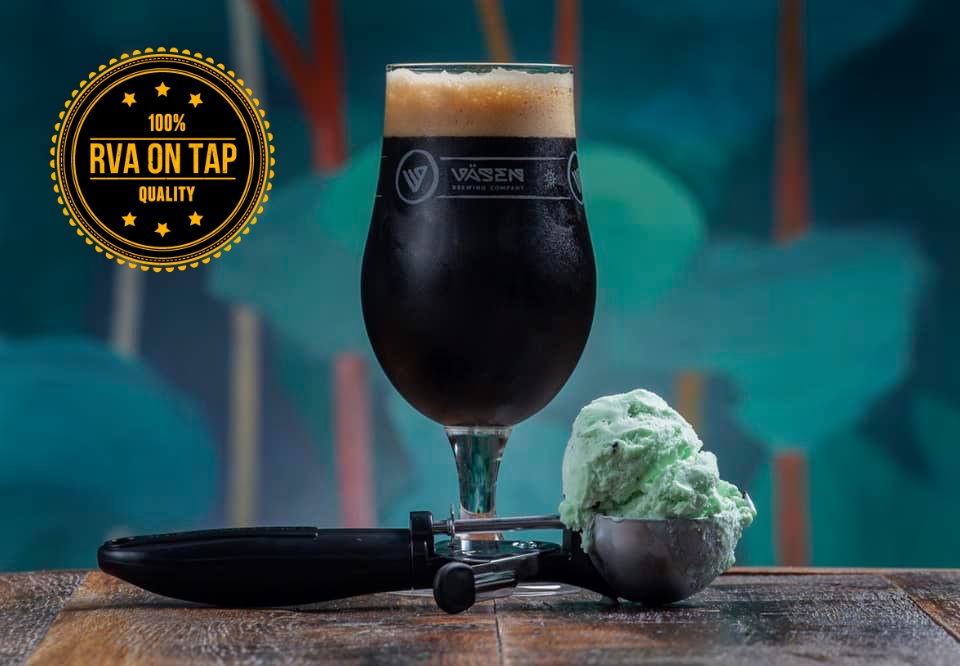 Not only does the start of the holiday season mean more good food, it always means lots of awesome shows and events in Richmond. That’s especially true this year, as we kick off November with Thrashgiving at Strangeways Brewing: the 4th annual metal show hosted to benefit military families, wounded veterans, and our local food bank.

Thrashgiving gears up this Saturday evening at the Scott’s Addition spot, with tons of great bands on the lineup. You’ll get to catch Vulcanite, Genosha, The New Mutiny, LAIR, Murdersome, Alluvion, Site of Suffering, Cut The Architect’s Hand, Sentius, and more — and all alongside great craft beer to drink for a cause.

The organization behind the show is Operation Finally Home, which you can donate to here if you’re unable to make it out. The organization helps families with mortgage-free homes for wounded veterans and service members, and the event is also hosting a food drive, suggesting folks bring canned goods along with them. There’s a full list of acceptable donations on the event page, so if you make it out, try to bring along some contributions if you can (bonus: you’ll get half-off ticket prices if you do).

Times like these are when Richmond’s foodie culture really shines. Center of the Universe Brewing is hosting their 4th annual Pickled & Fermented Festival this Saturday, and it’s packed with a lot more pickling than you’d expect.

From fruit to veggies, hot sauce to kimchi, and beer to kombucha, the hands behind these dishes and drinks aren’t afraid to try something new… and as COTU says, the festival is a Pretty Big Dill (nice). They’ll have specialty vinegars, sauerkraut, sweet pickles, savory pickles, Dill Pickles, bread and butter pickles, kimchi, kombucha, shrubs, kefir, sourdough bread, and relishes like Chow-Chow, Pickle Relish, Chutney, and Piccadilly. If all that’s not enough of a mouthful for you, you’ll also be able to try COTU’s pickles, made in-house with their very own beer.

They’ll also have live music from Buckville Hootenanny on deck (with an original Pickle Opera, Dr. Pickeloptepus), food trucks, craft vendors, face painting and more — plus the most important part, the beer! COTU is bringing back their Pickled Gose Ale for the festival, and it doesn’t disappoint.

Check out their event page for a full list of vendors, and we’ve got a special S/O to Richmond’s beloved artist RVA Coffee Stain for drawing up these awesome posters.

Of all the Gingerbread Stout variations in all the taps around the land, I think it’s safe to say Hardywood’s Bourbon Barrel GBS is one of the most favorite brews out there.

It’s making its return to Hardywood this Sunday, and it’s cause for celebration. The 11.5% ABV stout is full, rich, and packed with all the tastes of the season, with an extra punch from its time in bourbon barrels. This recipe came together by taking the original GBS batch and aging it in a combination of both A. Smith Bowman (Virginia’s oldest distillery) and Heaven Hills Bourbon barrels. If you haven’t been able to tell from the buzz around town and excited gasps from your friends at bars (“What?! Bourbon GBS is back!”) every November when it returns, this beer is well-loved in the River City.

It’s also got a 2017 Gold Medal and title as one of the Top 20 Milk Stouts in the World to its name, so you’ll want to head out this weekend and grab a taste before the city drinks it all away.

The Covenant returns to Triple Crossing Beer this Saturday. The Fulton brewery is bringing back its Covenant Beer Fest, and with it are world-class brewers making their way to Richmond.

The event goes through the day from 11am-5pm, with options for VIP session tickets and glassware available as well. Get these here ahead of time, because they’re not selling VIP the day of the event! They’ll have all the best Triple Crossing brews out for pours, plus beers from other great breweries we don’t see too often. Five tickets gets you a custom Gold Foiled Covenant Glass, and if you end up with too many tickets for the festival, you can always redeem them for pours of Triple Crossing beers on regular draft that day.

Get ready to head over to Ardent Craft Ales for their Helles Lager release tomorrow night. Ardent’s keeping the German beer theme going well into the fall season, introducing more brews like the Oktoberfest recipes we saw all through last month and even in late September.

Helles Lager is a Munich-style beer brewed with all German malt and hops before being lagered for more than a month. This 4.5% ABV beer is the full-bodied, pale-lager result of the process. It comes together with a mild, malty sweetness and a balanced hop taste to complement its golden straw pour color with a full head.

Here’s one for our dessert lovers (myself included): our friends at Väsen Brewing Company figured out how to make the perfection of mint chocolate chip ice cream into a beer. Velvet Walrus on Vanilla and Mint debuted in the tasting room earlier this week to truly make my dreams come true.

With a deep chocolate and mint flavor, this smooth, dark ale is balanced by the “unmistakable” aroma of fresh Madagascar vanilla beans, according to its brewers — and I can’t wait to get a glass of it for myself.

This Friday, Steam Bell Beer Works has a double release planned for the taps. In true white-girl-in-the-fall spirit, they’ve created a masterpiece that marries all the best parts of Pumpkin Spice Lattes with beer.

I hope by now everyone has learned that people can enjoy things without being made fun of for it, and that anyone (not just white girls) can get behind the awesome flavors of fall spices. Steam Bell’s latest P.S.L. brings it to a new audience of drinkers, and this Amber Ale was conditioned on all the spices of autumn.

Extra Plenty Autumn Gose is also debuting, and it’s the next variation in their Extra Plenty series. This recipe was brewed and conditioned with orange peel and cinnamon for the perfect rounded out fall flavor — so, as Steam Bell says, “Strap on your fur-lined boots and throw on the fleece, you aren’t going to miss this release!”

Last night, The Veil Brewing Co. did what they do best every week: release a plethora of beers all in one day that sound delicious.

Never Never Catch Me Catch Me debuted for the first time last night, and this brand-new Gose was brewed with double watermelon and double lime to come together in a perfectly-low 5.1% ABV for an easy drinker. whitemiata, a crowd favorite, returned in all its Galaxy and Citra glory — and the luxuriously-hopped 6% ABV beer is a dream of an IPA.

Heavier debuted for the first time as well, with oats and raw wheat in addition to its Galaxy, Citra, El Dorado, Simcoe, BRU-1, and Mosaic hop combinations. It’s higher than the others so far at 10% ABV, and the Triple IPA sounds like all my favorite things in a beer wrapped up in one glass.

The Veil hosted two more brand new beers, starting with Burn, its Notch Brewing collab made during the brewery’s visit a while back to The Veil’s Forever Summer Festival that ended the season with a bang. Burn was made with floor-malted wheat, a traditional decoction mash process, smoked wheat, and fresh Saaz with aged whole-leaf hops. After cold-conditioning it for two months, Burn finally got ready for its release this week at 5% ABV.

Sincere finished up the releases, and the farmhouse-inspired beer brings out some great earthy flavors with its oak-fermented process. The IPA was dry-hopped with Citra and Mosaic hops to come in at a nice 6% ABV.

Over the weekend, Castleburg Brewery and Taproom made a great tribute to the season: Symphony of the Knight Stout. This brand-new stout is packed with dark, bitter chocolate and roasted coffee flavors, and with a full body, it’s nice to see that it comes in low at 4.9% ABV so it’s acceptable to drink a few. Usually these stouts hit high, and one of them is enough for anyone, but finally we’ve got an opportunity to have a couple (remind me of this on Thanksgiving, for real).

As Castleburg says, “You’ve been hard at work slaying vampires with nothing but your whip and some holy water that you got from that weird priest. It’s time to kick back and relax with a delicious beer.” Ain’t it always?