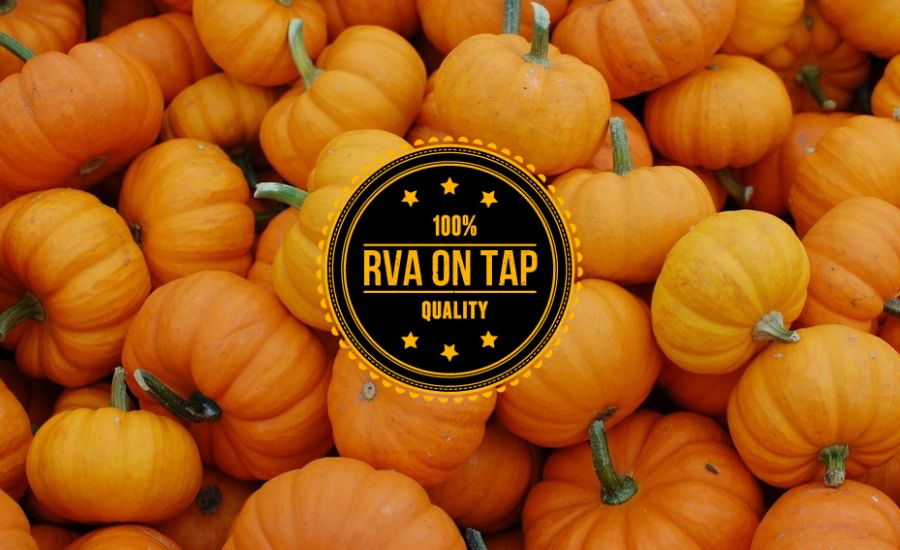 If you missed the last column, you can check that out here. Our kegs are overflowing this week with beer releases and festivals, events, and other cool happenings around town, so hold on to your mugs!

This week, we’ll celebrate a big award with The Answer Brewpub, in addition to a 400-year-old-ingredient recipe at Hardywood, Tommie The Dog brews with Three Notch’d RVA Collab House, and a release at Triple Crossing Beer that reminds me of a long-lost favorite song.

Before we dive into new releases and events this week, we’re sending a *big* congratulations to The Answer Brewpub for winning a James Beard Award! These awards are “the Oscars of food world” for those who are lucky enough to participate in them, and cover everything from chefs to restaurants, brewers, wine, and more in the industry — plus more, like books, journalism, and humanitarian achievements across others.

While it’s no secret to us in town that The Answer is something special, it’s well-deserved for them to see more recognition on a national scale. The James Beard Awards are the highest honor in the American dining world, and The Answer owner An Bui is now celebrating his second year being named in the Outstanding Wine, Spirits, or Beer Producer category.

We’re sending all the love and congratulations to our good friends this week for another year well-done. For our readers who are new to Richmond or the beer world here, The Answer is definitely one to put first on your list.

Earlier this week, the craft beer scene came together with the community once again — this time to remember Tommie The Dog, whose heartbreaking story touched the lives of people throughout the River City and beyond. Three Notch’d RVA Collab House brewed up a recipe to support Richmond Animal Care and Control (RACC), the shelter who Tommie spent his last days with.

If you’re not familiar with RACC, they are an exceptional shelter that takes in wildlife and local animals from around the greater Richmond area. These folks are regularly nursing sick animals back to health, taking in strays and surrendered pets, and making a major difference in the lives of our furry friends. They do a wonderful job, and as a local nonprofit, every cent counts toward saving more lives — so if you want to help out, head over here to donate, and don’t miss Tommie’s Beer at Three Notch’d RVA Collab House. They’ve got donations open along with stickers for sale that give 100 percent of their profits to the shelter.

It’s Drink Local Think Global Craft Beer Week! I know most of you are familiar with the water crisis in Flint, MI, and many more people around the world are in the same boat. All around the nation, craft breweries are coming together to help provide clean water to those in need. While 663 million people across the world don’t have access to clean water, 2,000 children are dying every day from diseases caused by the global crisis. For the entire week, craft brewers are teaming up with Drink Local Think Global to engage the craft beer industry to make a difference.

Hundreds will be participating from around the U.S., along with one of our very own here in town. Intermission Beer Company is donating a percentage of their profits all week to the cause, and overall, the week is set to provide an estimated 2,500 people with clean, sustainable sources of drinking water. While it’s a small drop in the greater bucket, brewers around the nation are doing their part right here to help folks in their own backyard.

We’ve been excited for this event for a while now, and it’s finally here. Hardywood Park Craft Brewery is bringing the world of beer together with science and history for 400 Years in the Making: An Homage to the Birth of American Brewing tonight at their Richmond location.

With Jamestown Rediscovery, Hardywood started a project to harvest wild yeast from Jamestown Island to create a new strain for beer. This 400-year-old ingredient was renewed to create Bartmann Ale, made in a traditional style with noble hops and “heaps of persimmons.” The event tonight will host the professors from VCU Engineering and Randolph-Macon College who made the beer possible, isolating the strain of yeast to create the brew. If you make it out, you’ll also get a taste of the brew for your own — so head over to buy your tickets and learn about their process of making a 400-year-old ingredient brand-new.

Another multi-release went down at The Veil Brewing Co. last night, and as usual, they all sound delicious.

Paradise Kooler Tastee (pictured above) is my favorite on the list, because these smoothie-style tastee brews are always unique. The Sour Ale was brewed with milk sugar, peaches, raspberries, and passionfruit to come in at a nice medium 5.5% ABV, and pours in this perfectly-October orange tone.

Cat Cat Boy Boy is on the other end of the spectrum in my favorite things, because this new 8.4% ABV Double IPA was double dry-hopped with Simcoe hops and chewy, raw oats. It was appropriately named after the artist who made its cans, who you can find on Instagram at @catboy_ to check out more of their work.

whiteferrari also made its way back to the taps in a return this week, and this Double IPA was “luxuriously” hopped with only the freshest Galaxy and Citra crops available. It’s a little higher than the first at 8.0% ABV, right in the middle range in true DIPA fashion.

Master Master Shredder Shredder is a Mosaic-forward IPA that was double-dry hopped. It’s also The Veil’s house IPA, and at 5.5% ABV, it’s the perfect easy drinker to name the house brew.

In more news from The Veil: if you loved the Oyster Roast event they threw last month, get ready for round 2. Head over to the brewery this Saturday for another oyster-packed day with raw and grilled oysters, plus oyster stew, with Ruby Salts and The Savory Grain. Dank Eats is also coming out to serve up sandwiches, and The Veil will be putting out a few of their vintage Imperial Stouts (and even a Barleywine!) for the occasion.

Over the weekend, Fine Creek Brewing Company’s Sunday Beer Feature blessed us with this Barrel Aged Wild Ale. The 4.7% ABV collaboration with Reason Beer is lower in alcohol on the craft beer scale, and it’s a great one for drinkers of all types to try. You’ll catch a subtle, but noticeable, character of raspberries through the brew from the barrels it was brewed in previously hosting the fruit. With bright and tart flavors, this brew aged for 11 months to create Wild Ale from ripe red berries, dried apricot, and tastes of berry notes with lemon and a mild earthiness.

Calling all cyclists! One of the favorite events of the year is here with Stone Brewing Richmond for their Bikes and Beers ride this Saturday. Hosted by Bikes & Beers and Bike Walk RVA alongside the brewery, the 15- and 30-mile rides will leave from Stone Brewing and travel throughout the region of the River City.

You can register for the event here, which gives each rider (regardless of 15-mile or 30-mile choices) two free beer tickets for pints, plus a free raffle ticket to enter for several brand new bikes and other goodies, from cycling gear to gift certificates for your favorite food around town. On top of the ride, the event will host live music and food trucks, along with outdoor games to keep the fun rolling through the day. For more info and amping up the ride, you can check out their video here ahead of the event.

Tomorrow night at Ardent Craft Ales, the brewery’s Imperial Milk Stout is making its way to the taps in all the roasty, chocolatey goodness of a classic stout.

Ardent’s recipe was brewed with milk chocolate malt from Murphy & Rude Malting Co., and even came with local ingredients from the folks in Charlottesville. This stout is bold and rich, with residual sweetness from lactose additions to complement the heavier chocolate flavors, and all balanced out with a roasted base. According to Ardent, “this big, dark stout is silky smooth, with none of the boozy burn you might expect from a 10 percent stout.”

This Saturday, the fine folks of Lickinghole Creek Craft Brewery are joining forces with the Virginia Breast Cancer Foundation to donate sales toward the cause in their fight against breast cancer.

On tap for the event is a classic October-themed brew, Something Spooky, and a new Carrot Cake Imperial Amber Ale that will be both on tap and to-go through the weekend. On top of your beer sales going back to the organization, you’ll also be able to swing by the Virginia Breast Cancer Foundation’s booth at the brewery to donate more directly — and find out more about how you can make a difference in the fight.

I can only hope this delicious beer was named after the song off this long-beloved album of mine (Iron & Wine’s “Cinder and Smoke”). Triple Crossing Beer’s Cinder is a smoked lager, which finally made its return to the brewery “as the season agrees to change for Lager Day.” Agreed there: it took way too long for fall to be in full swing this year.

Cinder is a lager brewed with German Smoked malt, which was fermented with “the most classic” of lager strains, and as cleanly as possible according to its brewers. With its flavors of savory smoke-like campfire tones, plus a coffee-spiced malty body, I can definitely say the tastes of this beer are reminding me perfectly of this song (have a listen if you haven’t before!) — and it couldn’t be better for these chilly fall days. It’s the best time of the year, y’all! At last!