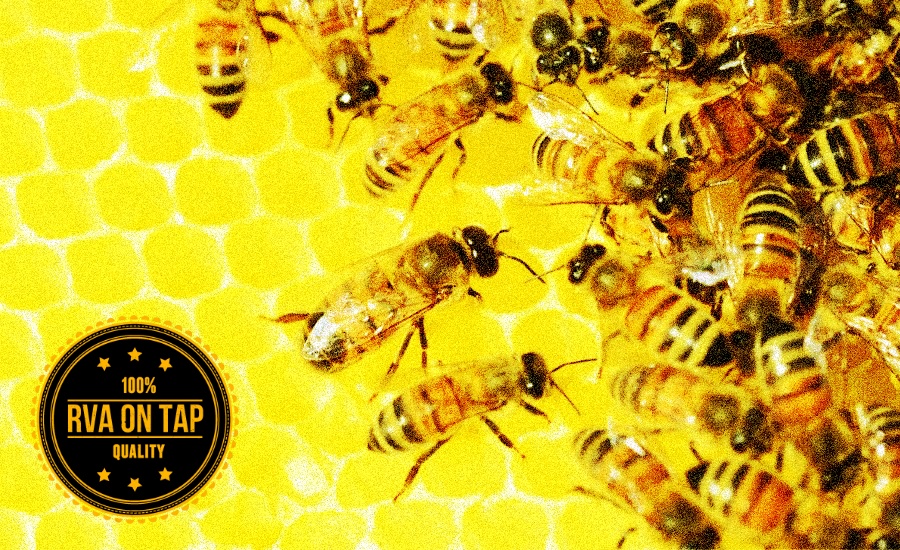 This week, we’re diving into the hottest temperatures of the summer so far  with lots of fresh brews to keep you cool (and one special beer to help poor warm-blooded folks like myself reminisce on colder, happier times).

Love is alive in Virginia! More local spots are carrying on the 50 Years of Love Campaign celebrations this week, with a Weizenbock release from Fine Creek Brewing Company. This special-edition beer was brewed to bring out all the best qualities Virginia Maple Syrup has to offer, brewed with 50 pounds of it right here from the Old Dominion. Back Creek Farm provided the delicious, syrupy goodness to make this recipe a success, and it’s got a story with its own history of love to complement its role in this heavy wheat beer’s taste.

According to Fine Creek, Back Creek Farm has been around for generations making batches of syrup on their land. The area used to be home to many different farms with sugar houses, but Back Creek is the last left remaining after the years. Their syrup has a rich, smoky flavor from its cooking process over wood fires, with the same process their current owner used when he was 8 years old and working with his father.

You’ll get a taste of the past in this brew, as Back Creek is still using the buckets and original open pan that were passed down by their great-grandmother on the farm. If the 50 Years of Love Campaign is all about sharing what you love, this farm has decades of stories and full hearts to share theirs. I’m excited to see Fine Creek pairing up with them to make this Weizenbock, on one hand because I’m something of a syrup enthusiast, and on another because I know as a rural girl in my own heart that the best stuff doesn’t come from a store. That’s love, y’all.

I doubt many of y’all will remember me from back then, but a few years ago when I first joined the magazine as an intern back in college, I wrote a feature on Minor Poet’s “River Days” when it came out. That song was an excellent ode to summertime in Richmond, and the endless-feeling days that come along with it.

Hearing about Hardywood’s new River Daze release brought back some great memories of that summer, and like every summer in the River City, it looked a lot like this one — days spent by the James with good friends and good beers. River Daze is a great way to jump-start your weekend (especially looking at that 100° Saturday forecast) with a lighter 6.0% ABV New England-Style IPA. This warm-weather beer was brewed with Nelson, Cascade, and Eureka hops to crush the heat and keep your summer days rolling on — and don’t forget to put on some Minor Poet while you’re at it.

Not all who wander are lost, right? Right… at least for Final Gravity Brewing Co., because this beer is anything but lost. Wandering Star was brewed with many flavors and hops in mind, and beloved by drinkers at the brewery, it’s right on point. It returns to the brewery this Friday, and  the 8.0% ABV Double IPA was cooked up with a whirlpool of Citra hops and dry-hopped with Mosaic to bring out its tropical fruit flavors, like orange, lime, and grapefruit.

Two of my faves came together this week to bring out a sweet honey brew. Three Notch’d RVA Collab House partnered up with Black Heath Meadery to drop A Little Dab of Honey over the weekend — a Honey Wheat Ale made especially for the season. If you’re looking for a taste of nature in your glass, this is your guy. You’ll find flavors of wildflower honey in this light, 6.3% ABV beer, and a great collab between two beloved Virginia brew teams.

This one will go fast, according to Three Notch’d, and they want to make sure you remember to swing by Black Heath Meadery if you’re in the neighborhood as well. If you remember from earlier this month, Black Heath just released their Aw, Shmucks strawberry mead to give us the best fruity flavors in a very appropriately-colored beer — it looks just as it tastes, like strawberry jam and alcohol came together in your mug for a great summer infusion. Peanut butter not required.

Here’s something I haven’t seen before in Richmond! Isley Brewing Company is dropping their Pistachio Pilsner infusion this Friday, and they’re the first I’ve heard to use this awesome nut flavor in a beer since I’ve been your columnist. Back in the day, I remember pistachios being a huge thing almost out-of-the-blue when pistachio ice cream first became popular, and since then, I’ve seen it all around in various foods — but never drinks! I can sit down and slam a pound of these bad boys in a sitting on any given day, so I’m all open to trying them in beer. This is definitely one we’ll be looking forward to, so make your way over to Scott’s Addition to give it a taste and let us know how you liked it.

Cheers to our friends at Strangeways for this awesome release over the weekend. Hotel Del Coronado just dropped on Saturday at the brewery, a West Coast Double IPA that hits in at 8.6% ABV (and at 92 IBU, you can expect some nice bitter flavors from this one). Hotel Del Coronado was brewed with Pilsner malt, Honey malt, Brasetto Rye, and Murphy & Rude Belgian Amber Malt to make an “aggressively bitter” — go easy on it, folks — Double IPA with dank and piney tastes.

With its double dry-hopped process, this brew has a complex but clean base after its initial hop additions. Simcoe and Green Bullet hops are prominent, with a great homage paid to San Diego flavors and all of you “hop heads” out there, as Strangeways notes.

Now on to some events: Oyster Feeest! Hope you like slimy sea bugs in your mouth, because Canon & Draw Brewing Company partnered up with White Stone Oyster Company and Texas Beach Bloody Mary Mix to bring you a day packed with the shelled delicacies and all the best drinks you’ll want to go with them.

Oysterfest is going down this Saturday at Canon & Draw, with oysters of all kinds for any variety of tastes. With steamed oysters, Micheladas, oyster shooters, Bloody Marys, and the brewery’s excellent new take on River City Tap Water, there’s something for everyone — so as long as you like seafood, bring your appetite.

On its way to Steam Bell Beer Works is an amazing combination: Ginger Ale and beer! Extra Plenty Ginger Gose Ale is heading out to the brewery soon, and just look at these roots:

As a reminder from Steam Bell, you should never judge a flavor by its color. These pale, white ginger roots pack a ton of flavor in any drink they’re added to, and the upcoming beer release is no exception. I’ve been on a huge ginger ale lemonade kick lately, so this is right up my alley. By the way, if you’re new to that duo, do yourself a favor and go grab a case at Kroger. Trust me.

Steam Bell also wants to remind us that even in the middle of summer, stout season never ends. They’ve got their Tiramisu Stout ready to go this July, and these are two of my most favorite things to come together for a beer. Last winter, you could find me more excited with every passing week for the heavy flavors of the season, and dessert-infused brews that marry the sweet with the bitter. You can look forward to that enthusiasm finding its way back as soon as this hellhole season is over and my perfect cold days return to me. But for now, thank god someone’s offering up a taste of better times in the middle of this muggy summer in the city.