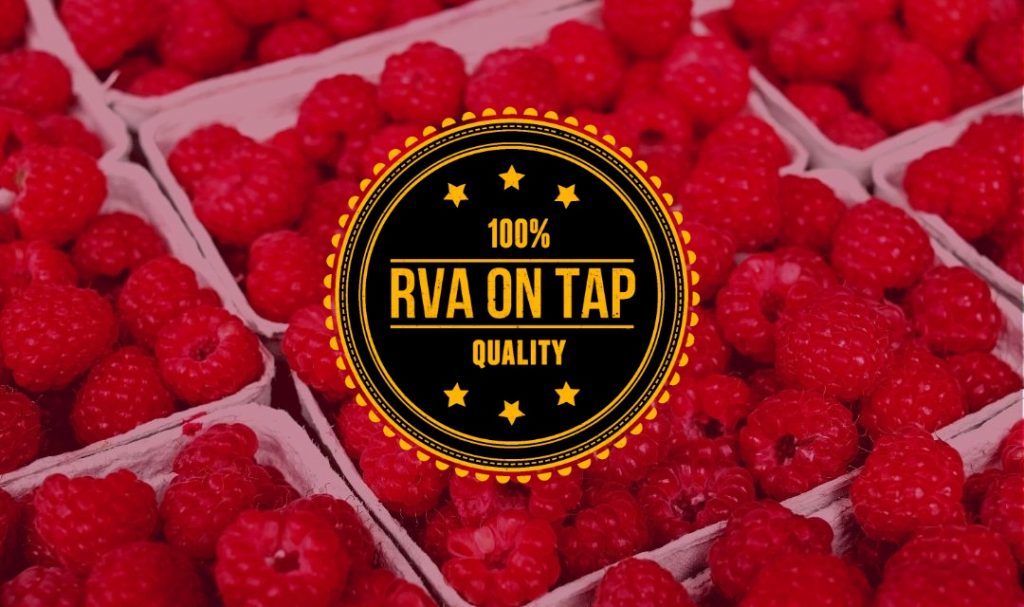 This week, a major multi-release comes out at The Veil Brewing Co. with fresh recipes and collaborations from all around. Hardywood drops a summer recipe in cans on Friday before a Bourbon Barrel Raspberry Stout on Saturday, just in time for snow to hit the city. Ardent Craft Ales is bringing back their Earl Grey Brown Ale, and Final Gravity Brewing Co. releases an arcade game-inspired brew. Don’t miss a special double release at Triple Crossing Beer, a sunburst at Väsen Brewing Company, fresh Saisons at Garden Grove Brewing & Urban Winery and Fine Creek Brewing Company, and the Three Kings of hops at Canon & Draw.

A recipe from the summertime is back in cans to remind us of warmer days, as we venture further into January with hopes of snow on the horizon for this weekend. Distorted Perception is back at Hardywood Park Craft Brewery this Friday, just in time to grab a few before the real winter weather hits on Saturday.

This 7% ABV hazy IPA was flavored with papayas, mangos, and cantaloupes after its dry-hop process with Cashmere and Mosaic hops. You’ll catch strong aromas of fruit, along with some brighter notes of honeydew and lime, in this sweet and smooth brew.

For the colder weather, Hardywood’s bringing out their Bourbon Barrel Raspberry Stout on Saturday. A “dessert beer to the core,” this stout is packed with chocolate malt, cacao nibs, and late-season red raspberries from the local Agriberry CSA and Farm. Its brewers describe it as a raspberry truffle in liquid form, and I can’t picture something more up my alley than this one.

The Bourbon Barrel Raspberry Stout was made with Madagascar vanilla beans and smooth, rich dark chocolate that add together perfectly with its ripe red raspberries. To grab a glass of your own, head out to Hardywood this weekend — and maybe even catch a few snowflakes while you’re there.

A fan favorite is returning to Ardent Craft Ales this Saturday with their Earl Grey Brown Ale. Originally brewed in collaboration with Potter’s Craft Cider out of Charlottesville, this ale is a special one that brings out flavors from the classic tea in its brewing process.

The tea itself gets its unique taste from its additions of oil of bergamot, which pairs perfectly when a bit of milk is added into the mix (in the most British of traditions). Ardent made a modern spin on the ages-old recipe by combining it with an English Brown Ale, and brought a little local into the process — with Earl Grey that comes straight from Richmond’s own Rostov’s Coffee & Tea. At 6.5% ABV, this one’s an easy drinker with a citrus-forward fragrance to balance out its black tea and bergamot flavors.

Multi-Release at The Veil Brewing Co.

Kicking off The Veil Brewing Co.’s big release this week, Nerve Endings (pictured above) came out as a brand-new IPA from the Scott’s Addition favorite. It dropped in cans last night, and the 6% ABV brew drinks smooth with all its red wheat, El Dorado, and Nelson hop additions.

Next up in their releases, We We Ded Ded — beloved by The Veil, according to its brewers — also released in cans. This double dry-hopped Triple IPA was brewed with the classic Citra hops that give so many IPAs their signature flavor. It hits in at 11% ABV, so at a higher alcohol level, it packs a bigger punch than Nerve Endings and lives up to its name.

A new bottle release also came with Open Up and Love Again, which was brewed as a collaboration with American Solera, Cloudwater Brew Co., Monkish Brewing, and TRVE Brewing Co. Open Up and Love Again was dry-hopped with fresh Nelson Sauvin hops after its barrel aging process, and has a mixed culture of Saison yeasts along with raw and malted wheat. You’ll catch notes of rounded soft stonefruit, fruity sour candy, orange juice, and white wine in this 7.1% ABV brew.

Apri-Guav Tastee released last night, and this smoothie-style Sour Ale features apricot and guava purée in its flavor profile. At 5.5% ABV, it’s lighter on the alcohol and heavy on the flavor with its milk sugar recipe.

Petalz Orange came as a collaboration with Jester King Brewery. It was originally brewed two years ago this month, with Texas raw wheat, Virginia corn grits, spelt, and aged whole leaf hops in the perfect “Mixed Fermie” combination. With 600g/L of Texas-sourced oranges, it’s bright with the fruits of the Lone Star State and tastes a lot like a pineapple-orange juice mimosa with a farmhouse yeast profile, according to The Veil.

A new Saison is out at Garden Grove Brewing & Urban Winery, available now and ready for you to come out for a glass. At 6.5% ABV, Barn Burner Saison is a nice middle point on the alcohol scale, and it hits in at 15 IBU for a low bitterness and smooth drinking. This brew is fresh with farmhouse flavor, which comes from a great combination of fresh fruit and barnyard spices for an earthy taste — and Garden Grove says this light-and-fluffy French Saison is “a total Toss in the Hay if you ask us!”

Saison season is almost upon us as we roll slowly (but surely) into the spring, and it’s becoming more clear as craft brewers around Richmond gear up their taps for new recipes. Fine Creek Brewing Company is on board with their Wet Hopped Saison release this Friday, a 6% ABV beer crafted from Fine Creek’s own hops, grown steps away from their brewhouse on the farm.

The process is about as farm-to-table (or farm-to-glass, in our case) as it gets — the hops are picked fresh off the vines in their wet hop stage, according to Fine Creek, which allows them to express more of “the unique terroir from their surroundings.” This Saison is filled with lemongrass and mandarin orange flavors, along with spiciness and rye notes that blended into its Brasetto Rye Malt from Murphy & Rude Malting Co. in its late fermentation stage.

Coming up this Friday at Triple Crossing Beer, Space Falcon is making its way to the Fulton brewery. The Falcon series continues; they brewed this variation of their DDH Falcon Smash IPA with Galaxy, boosting the fruit in its original recipe with the tropical notes of these Australian hops. The result is a 7% ABV IPA double dry-hopped to bring out pineapple, citrus, dark marmalade, orange, and pine flavors.

The releases continue on Friday with DDH Falcon Smash, another variation in the Falcon series with hand-selected hops from the brewers’ recent trip to Yakima. Lotus and Amarillo hops came together to bring this beer to your glass, and the brand-new recipe is full of passionfruit and tangelo-like-mango from its Lotus hops, and orange character from its Amarillo additions. This Friday, head out to Triple Crossing and get a taste of your own of either new recipe (or both… we vote both).

Fresh at Väsen Brewing Company tomorrow night is The Sunburst Otter. In the dreary days of winter, this beer is a burst of sun indeed. A few unique tastes come out in this one with coriander seed and kosher salt, which complement the brighter citrus flavors of the fruity sour beer. According to its brewers, hundreds of pounds of tangerine and calamansi (a tart-forward fruit out of Southeast Asia) make this beer extra-bold for those looking for big flavor.

If you’re looking for a fresh taste along with some entertainment on your Thursday night this week, Väsen’s also hosting their weekly Geeks Who Drink Trivia Night at 7pm. Grab your favorite buds for an excuse to get them out of the house in mid-January, and test your knowledge as a team.

There are few better combinations for an IPA than Citra, Mosaic, and El Dorado hops, and Canon & Draw Brewing Company’s flagship recipe gets it just right.

With three of the very best in its brewing, Three Kings is the perfect blend to bring together craft drinkers’ favorite style of beer. Most good breweries have a love for IPAs, and this recipe from Canon & Draw has a solid citrus-hop flavor along with a subtle sweetness. It returns to the brewery this Friday, and Jonathan Meadows is headed out as well for live music all night in The Fan.

Final Gravity Brewing Co. has something fresh on tap, and their arcade game-inspired beer, Star Castle, is coming to us this Friday for all to try. It brings together the spicy and the sweet, with tropical mango and citrus notes that complement its spicy side for a unique taste, unlike many Double IPAs on the market. It was brewed with Nelson Sauvin and Citra hops, so the brighter fruit flavors of a classic DIPA are present, but with an unexpected twist.

In the spirit of the arcade classic, Final Gravity says that “the defenses have been obliterated, so there is nothing standing in the way of you and this next-level Double IPA” — and on a Friday afternoon, there are few things we’d like to hear more.